The poorer you are the more screwed you are. And things are getting worse. - The Canary 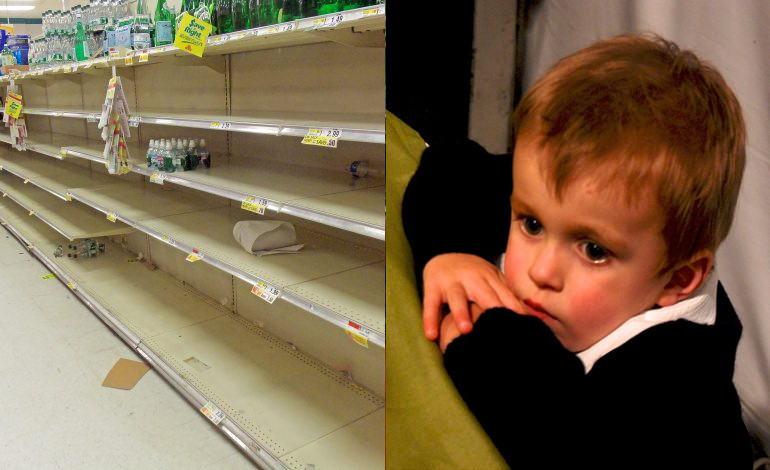 An influential member of the House of Lords has issued a stark warning about rising food prices. With food prices already at a “four year high” she warns that Brexit could lead to a 33% rise. And this hits the poor hardest. Because another report has shown that economic inequality in the UK is higher than ever. Food prices are soaring and inequality is rising.

On 14 November Baroness Miller, a Liberal Democrat peer, will ask the Lords about rising food prices in the UK. Ahead of this she writes:

UK food prices have reached a four year high…This bleak picture is set to get worse… the British Retail Consortium is on record as estimating that Brexit without a deal would see food prices increasing by about 33%.

She links rising food prices in the UK with global issues. And one of these is the impact of “climate factors that bring increasingly difficult farming conditions from drought to flood”. But she says that the impact of Brexit could mean:

The very foods that we should be eating in increased quantities – fruit and vegetables – are set to become luxuries post Brexit.

This is because the UK “already imports over 50% of its food”. And this doesn’t look set to change. The National Farmers Union projected that “by the mid-2040s” the UK will only be able to produce enough food for 53% of the population.

But there is also a potential labour crisis. Because many poorly paid EU workers who harvest crops are leaving or could be forced to leave following Brexit.

These figures will affect everyone. But yet again, the poor are hit hardest as food costs soar. As Miller says:

The families on lower incomes are disproportionately affected by rising food costs. These are not just non-working families. They are those who just cannot keep up with the rise in prices which is why we have seen the dramatic use of food banks.

As The Canary has previously reported, use of food banks is rising. And the impact of Universal Credit, a flagship Conservative policy, is making the situation worse. But what has also emerged is the rise in economic inequality in the UK.

According to the latest report [pdf, p3] from the Institute for Public Policy Research (IPPR):

The period from 2008 to 2021 will be the longest period of earnings stagnation for around 150 years.

The left-wing thinktank identified that [pdf, p3] “Young people today are poorer than previous generations at the same age”. And for those in employment, the situation is precarious [pdf, p4]:

6% are on short-term contracts, and almost 3% are on zero hours contracts. More workers are on low pay than 10 years ago. Insecure and low-paid employment is increasing physical and mental ill-health.

Low wages, insecure employment and continued austerity from a Conservative government have led to a drastic rise in inequality. According to the IPPR [pdf, p4]:

The UK remains among the most unequal of western European countries.

Nearly a third of children – four million – live in poverty, and this figure is now rising again.

These levels of inequality, alongside rising food costs, have devastating implications. If the Conservative government fails to halt austerity economics, millions in the UK could starve. Is this a future we want to see?