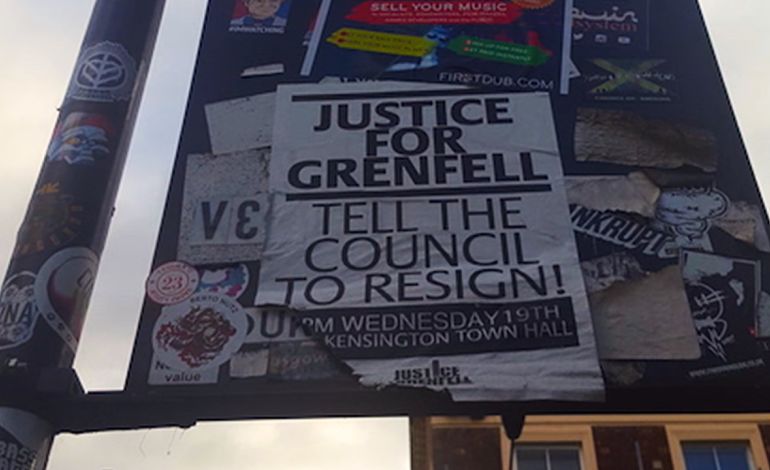 The Royal Borough of Kensington and Chelsea (RBKC) is drafting a rehousing policy; and it threatens [log-in required] to take away the rights of people with flats next to Grenfell Tower.

161 households from the Lancaster West Estate – also known as ‘the Walkways’ – have been staying in hotels since the disaster struck five months ago on 14 June. This includes some residents from Barandon Walk, Hurstway Walk and Testerton Walk.

The policy says that they will no longer be ‘priority’ cases for rehousing if they turn down the council’s offers.

The Canary spoke to a Grenfell neighbour about the draconian new proposals being offered by the council.

Lose priority to be re-housed or move into unsuitable accommodation

So far, the residents’ options have been to move back into their homes, which are currently unsafe; or else they must accept temporary housing until there is a permanent option available.

Notting Dale councillor and resident Beinazir Lasharie is pregnant with her third child and living with her family in a hotel. She told The Canary she would like to move back to her home on the estate. But there is “no timescale” for when her home will be “safe”. She said her flat is situated right beneath the tower, and debris still falls onto the balcony.

I do not want to move from one temporary place to another. I prefer to move home once I have heating and other safety issues sorted.

And I’m aware those who don’t want to move back are now being pushed into temporary accommodation and it’s stressful. The people in the Walkways are directly affected by the impact of the fire, and trying to push a policy onto traumatised people without proper consultation just highlights the continuing failures of the council.

Not only are our homes unsafe, but there seems to be no effort to hear our concerns: we just can’t trust anyone anymore. This policy is another failure and attempt to cover their own backs.

Many of the Walkways’ residents are also living in hotels because they have no hot water or heating. This is because the communal boiler system linked to their homes is in the basement of Grenfell Tower. Those who still live on the estate depend on a temporary open-air boiler system installed by the council.

Council plans to build a permanent communal boiler in the garages of Testerton Walk have alarmed residents and raised health and safety concerns. Resident Georgina Brett told The Canary the location is inaccessible to fire engines. And a petition to find a “safer” place for the new communal boiler has already received more than 100 signatures, says Brett.

RBKC did not respond when The Canary asked it about its plans for the new boiler.

In the meantime, the draft policy has left the community in a state of shock. Residents say they feel penalised for not accepting unsuitable options.

Speaking to The Canary, Testerton Walk resident ‘Naf’ said the council “promised” households it would not say they had made themselves “intentionally homeless”. Previous council plans also stated they could stay in hotels until there were either permanent homes for them to move into or until flats on the estate were safe again.

‘Naf’ told The Canary that he is living in a hotel with his family until his flat is safe to move back to. He said:

They’re longing out people to get houses so people don’t chase justice straightaway… You need to sort out your family and get into a house before you can start seeking real and true justice. I believe the longer they leave it, the longer people will get frustrated, people might forget about it

A four-week public consultation of the draft policy began on 6 November.

The Canary asked RBKC for comment on the suggestion that the policy will penalise residents for not accepting unsuitable options. A spokesperson said:

We will be consulting on the issue, and the final draft policy is due out in the coming days. We are offering high quality accommodation to families from Grenfell Tower, Grenfell Walk and the surrounding walkways.

Crippling anxiety has swept across this grief-stricken community. But residents are not just fighting for housing. They’re also fighting for the justice they want to see for Grenfell. And despite the excruciating pain and frustration, the people of Grenfell stand together stronger and more united than ever. Vigilant and conscious, they don’t miss a beat. And without a shadow of a doubt, they will never give up this fight.

Featured image by Anu Shukla for The Canary