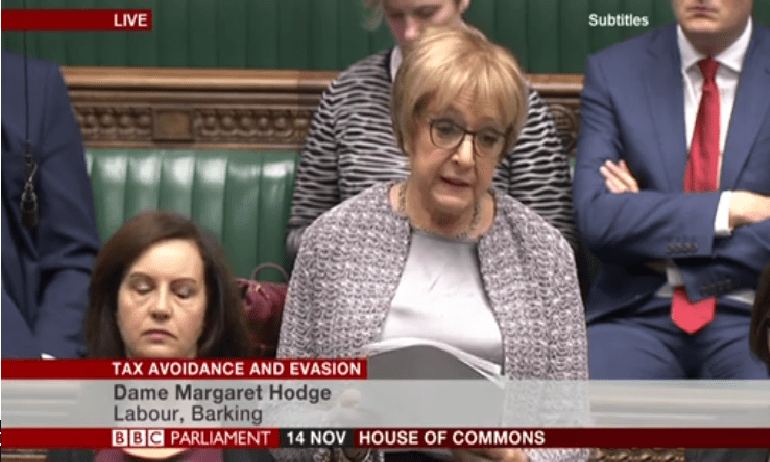 The Paradise Papers detail the offshore tax affairs of more than 120 politicians and leaders and over 100 corporations. The investigation came about after a leak of millions of documents from offshore law firm Appleby.

Every £1 invested in HMRC enforcement yields £97 in additional tax revenues.

This means that the government receives up to a 9,600% return on investment in enforcing tax rules on large businesses. But as Hodge then noted, the government is actually cutting HMRC staff in the name of austerity:

Since 2005, the number of HMRC staff has almost halved from approximately 105,000 to 58,000. And it looks like the government has no intention of changing course. HMRC also plans to close 90% of its UK offices and cut workers in its personal tax service by 30%.

Yet according to analysis of HMRC’s own data, the government yields up to a 9,600% return on investing in tax enforcement. That makes sense, given the sheer amount of money we lose through tax avoidance and evasion. Tax dodging loses the UK up to £120bn per year, which is more than the entire NHS England budget. Rather than saving money, austerity cuts to HMRC are costing the Treasury a fortune.

Responding to the Paradise Papers, Theresa May said:

We want people to pay the tax that is due.