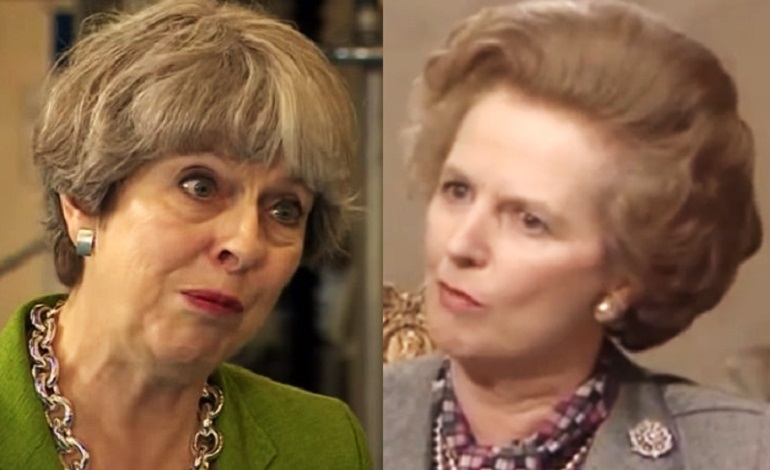 Theresa May has just appointed a new Lead Non-Executive Director to her Cabinet Office. But the new man in May’s team has form: he also worked under Margaret Thatcher on the privatisation of not one, but two major industries; which doesn’t bode well when he also has vested interests in fracking. Nor does it bode well that he once described himself as being “to the right of Genghis Khan”.

He brings to this role significant experience from a number of businesses, as well as a passion for inclusion and diversity. His commercial expertise and experience of driving reform will be of huge benefit to the department and I look forward to working with him.

Parker is currently Chair of Laing O’Rourke, a government contractor. He joined the firm two weeks before his Cabinet Office appointment. The construction firm is currently working on, among other things, the Northern Line extension in London (worth £500m) and, on 13 November, it signed a deal with the Welsh government for a new £350m hospital. The firm is also a partner in a £1.45bn contract to develop the new Hinkley Point C nuclear power station. But it’s his historical CV which suggests why May appointed Parker to a government position.

In 1983, Thatcher drafted in Parker to oversee the privatisation of Harland and Wolff, the Northern Irish shipbuilding yard, under the British Shipbuilders Act 1983 which sold off the publicly-owned industry. According to the parliamentary record, Hansard, at the time it appeared that Thatcher first sent him on the sly. As Labour MP Fred Willey noted in 1983 while debating the act:

One matter that I raised in Committee, and I raise it again, concerns Mr. John Parker. He was the principal person involved in merchant shipbuilding. I complained that he went to Harland and Wolff. He not only went, but it is now agreed that he went by Government request. British Shipbuilders now says that it was obliged to accede to that request.

Thatcher’s government then appointed him as a non-Executive Director of the British Coal Corporation in 1986. This was during her drive to sell off the public industry, and Parker left a year before the corporation was fully privatised [pdf, p4] in 1994.

But Parker also has interests in the fracking industry. As investigative site Frack Off noted, Parker was President of the Royal Academy of Engineering in 2012, when it released a report for the Coalition government on fracking. Frack Off said Parker was:

a scion of the fracking industry. Before taking over at the RAE, Parker headed Anglo American, which has fracking interests in in South Africa. Parker is a gas man through and through – some of his previous positions include non-executive director at British Gas, Chairman of National Grid Transco (gas & electricity distribution) and non-executive of BG Group (which has coal bed methane interests in Scotland).

Parker was also previously Chairman of Babcock, the engineering firm with contracts for Trident, the UK’s nuclear deterrent.

From Thatcher to May: a government ‘yes man’

What Parker’s appointment shows is the continuous revolving door between big business and government. But it also shows a Tory ‘yes man’ with vested interests in numerous Conservative-backed industries now residing at the heart of government policy. And whether this will be in the public’s best interests remains to be seen.

Correction: This article was corrected at 9:50am on 5 December 2017 to remove an inaccurate reference to Sir Ian Cheshire.