While all eyes were on Brexit, thousands of people scored a victory against the DWP [IMAGE] - Canary Workers’ Co-op 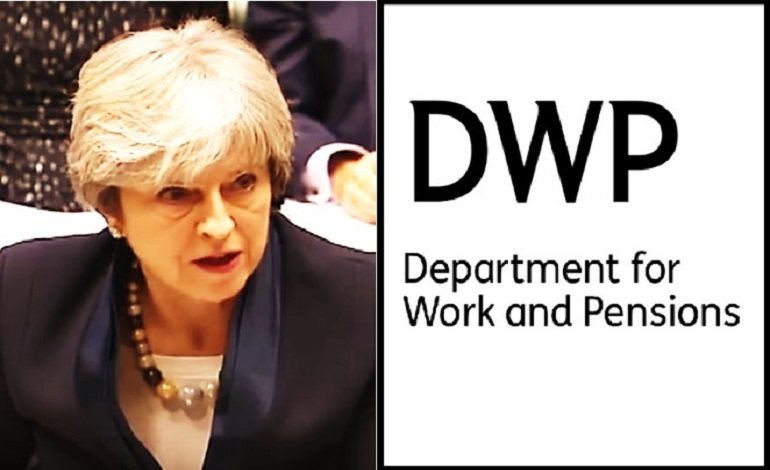 On the same day that Theresa May was crashing and burning in parliament over Brexit, it emerged that her government had caved in over one part of the controversial Work Capability Assessment (WCA). Some MPs have hailed this as a “victory” for thousands of benefit claimants.

The Department for Work and Pensions (DWP) and WCA: under the spotlight

The Work and Pensions Select Committee has been holding an inquiry into the WCA process. This has been taking evidence from claimants, companies, and other organisations involved in the controversial DWP policy.

The WCA has been dogged by controversy for years. As The Canary documented, a scandal erupted after it was revealed that fit-for-work assessors had been asking people ‘why haven’t they killed themselves yet?’. There have been numerous other allegations that assessors lied about claimants. Between December 2011 and February 2014, nearly 90 people a month were dying after the DWP declared them ‘fit for work’. And research has suggested that the WCA may be linked to an extra 590 people taking their own lives.

As part of the inquiry, the chair of the committee (Labour’s Frank Field) wrote to the Minister for Disabled People, Health and Work (Sarah Newton). The letter concerned an internal DWP target for the WCA; specifically that the DWP should be upholding 80% of the original WCA decisions.

Field noted that DWP staff felt there was “pressure to turn out numbers” during WCA appeals and that ‘rubber-stamping’ the original decision often happened: 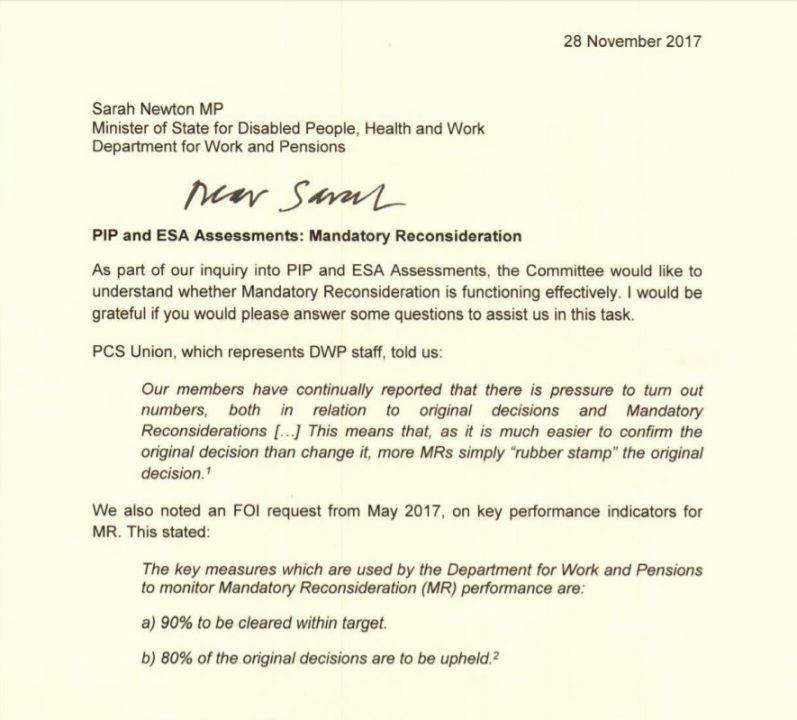 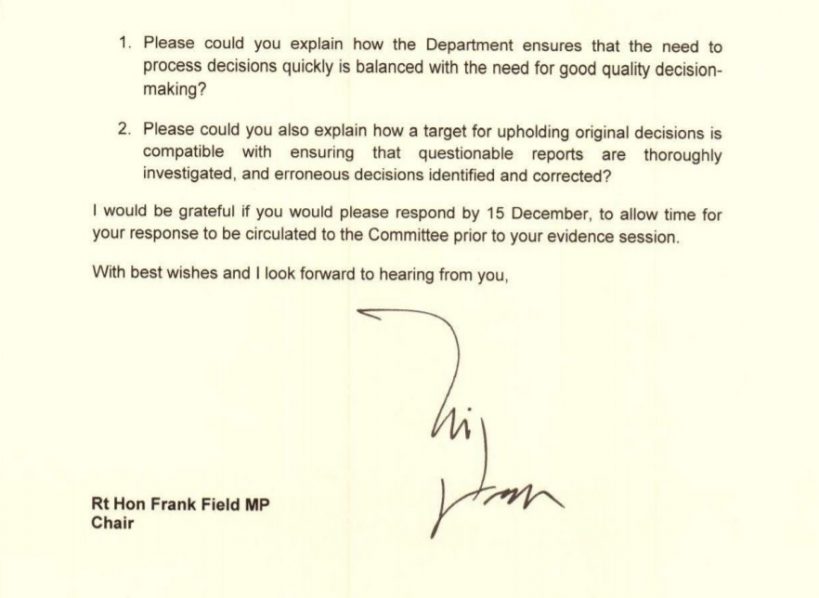 It appears on this occasion that the government was listening. In a response to the committee, Newton said [pdf]:

we have introduced a quality strategy… ensuring that the [claimant’s] case manager has not only reviewed the evidence that was available at the initial decision stage, but also checked with the claimant as to whether further evidence has since become available.

But Newton denied there was ever a “target” for the mandatory reconsideration process:

there has never been a Mandatory Reconsideration target for upholding original decisions. The 80% figure… was an internal measurement only used to indicate areas where the quality of initial decisions may not be meeting our expected high standards…

And yet, she also said:

Given the anxiety and confusion the 80% figure has caused, we will no longer use this internal measure.

Field said of the decision:

This is a great victory for the thousands of PIP [Personal Independence Payment] and ESA [Employment and Support Allowance] claimants who have responded to our inquiry, and for anyone going through this process, who can now go to the first stage of appealing a benefits decision with more confidence that the reconsideration will be fair and impartial.

But Newton has not convinced everyone. Co-founder of Disabled People Against Cuts (DPAC) Linda Burnip told The Canary:

Although we welcome this decision, we have real concerns that overall it will make little difference for social security claimants and the outcomes of the totally flawed assessment process. It’s a bit like offering a crumb to a starving man in the hope it will stave off starvation.

So while the government’s concession is welcome, it will not resolve the many other problems with the WCA.

But what it does show is that change can be affected in the system. And while it may be a small victory, it is one that will relieve some of the anxiety of the WCA from thousands of people going through it.