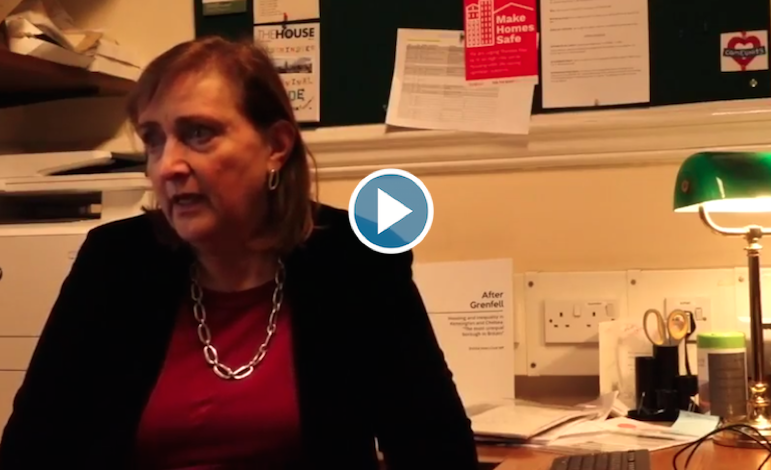 It’s been six months since a fire ripped through social housing block Grenfell Tower in the West London Borough of Kensington and Chelsea. And still little has been resolved for survivors of the tragic event or nearby residents in the area.

Emma Dent Coad was four days into her new role as a local Labour MP when she learned of the fire on 14 June. She talks to The Canary six months on from that day:

Waking up to helicopters

Recalling the events of that morning, Dent Coad told The Canary:

I was woken up by helicopters… I put the radio on and then it was on the news… So, I leapt out of bed and I ran down the road and I was there within 10 minutes. The fire had really taken hold.

At the time, looking at the fire, the only advice she had when asked by a local radio station was to “pray”. As she says there was nothing anyone could do.

But all the campaign groups, they set up this Whatsapp group straight away and they were organising and helping people and getting people food and clothing…

There was no one on the ground from the council, she says:

I was trying to get them, literally trying to find out what was going on and link people up. But there was no coordination and I found that really frightening.

Dent Coad’s own friends who worked across London made offers of help. She says the council refused these. She says it wasn’t until 19 June that they brought people in: “We had an emergency plan, I don’t know what happened to it”. 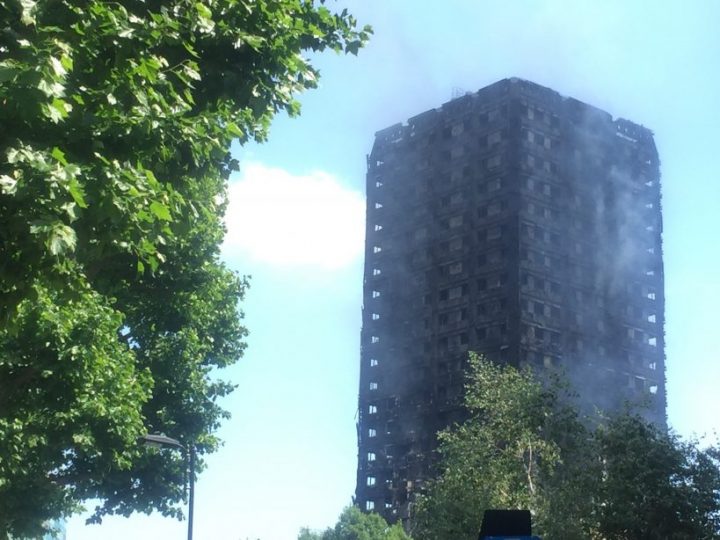 The Royal Borough of Kensington and Chelsea has traditionally been a Conservative constituency. And it is still led by a Conservative councillor. Dent Coad says the council has been criticised by all quarters of the borough, “even the ‘nice parts'”. In particular, it’s been criticised for dismissing concerns, like the Grenfell Action Group’s concerns about fire safety.

But it wasn’t just the council. The media also largely ignored the group, as a result of the decline of local journalism. Dent Coad says:

My time on the council of 12 years, papers have come and gone, but there was always one where we could address our issues. And actually you knew that if you got a front-page or a page 2/3 that you’d get some kind of response.

Dent Coad has come under media attack. Articles criticising her use of language in 2010 emerged soon after her report came out on inequality in the Borough of Kensington and Chelsea. It cited the borough as one of the most unequal in Britain.

What will happen to the looming burnt-out structure of Grenfell Tower now is a question for the community, says Dent Coad.

Although she says the rest of the borough is being slowly eroded of many things the community relies upon, due to underfunding. Nurseries, homework clubs; things she says “make life possible” for people in the borough.

One of the battles the community won recently was for the North Kensington Library to remain open. And now the next big hurdle is to save Kensington and Chelsea College from closing down. The college, she says:

has enabled people to improve their lives and get on better. And the language that we have from the government and the council about people making the best of themselves – why can’t they see that link with this college?

A report [paywall] from Inside Housing revealed that leaseholders from Grenfell Tower received payout offers for their properties with valuations starting from £350,000. According to [paywall] a council spokesperson, valuations were carried out by a professional valuer and the council offered families money for an alternative valuation. Dent Coad said:

What some of the leaseholders have said to me is I had a really beautiful 2-bed flat… I want that back… [The money offered] is not going to scrape the surface.

Many councils, particularly in London, that have been criticised for regeneration plans that compel social tenants and leaseholders to move out of their area are Labour councils. Dent Coad says:

It’s a huge shame that we have this legacy of Labour policy that has allowed these massive developments in some areas of London… I don’t see any social message there at all. And it’s attracted developers who are very greedy.

On 11 December, procedural hearings for the Grenfell Tower public inquiry commenced for two days. And Dent Coad says that she, like many of her constituents, has concerns about the narrow terms of reference. She says:

I went to one of the pre-inquiry meetings… A lot of business people there. And we have got a multi-billion pound [cladding and construction] industry, probably – very, very worried about its future. And we have people there with their lawyers and barristers struggling for justice.

I don’t know where that’s going to go… but without any kind of advisory panel representing people, it could go desperately  wrong.

Survivors and bereaved families have started a petition calling on the Prime Minister to appoint additional panel members with decision-making powers to sit alongside the chair in the inquiry.

As well as the public inquiry, Scotland Yard has launched a criminal investigation. Dent Coad says:

People tell me, unless someone goes to jail that it’s a waste of time…

The people who are responsible… should accept the justice that is meted down to them. And if it isn’t, I think there’s going to be huge unrest in North Ken. And I’ll be angry as well. 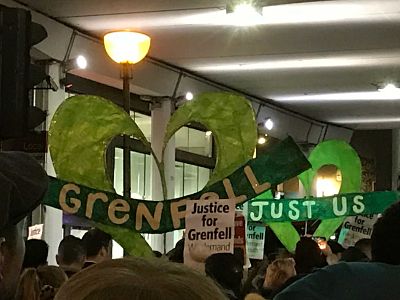 Dent Coad was on the board of the Kensington and Chelsea Tenant Management Organisation (KCTMO) between 2008 and 2012. And she says there were many complaints. She recalls that, following her tenure, there was a fire in which an elderly person died. Another fire took place in October 2015.

Dent Coad says there are regulations and recommendations out there; someone just needs to implement them. And she believes that if the government had implemented the recommendations arising from the Lakanal House fire, then “Grenfell couldn’t have happened”.

After six months, I find it really shocking and appalling and disappointing that so many people are still in hotels….

The prospect of Christmas coming… Some people I’ve met in hotels I don’t think are going to make it. And that’s very, very serious… Some people are feeling bullied into accepting homes that aren’t right for them…

They need to really look after people much better and not just try to get the numbers down every week as they do.

A Kensington and Chelsea Council spokesperson told The Canary:

Officers and councillors attended in the hours and days after the fire, which was a national disaster. But the council has already said that the response was not good enough, and we will learn from that.

It would be wrong to say that all of the borough is critical of the council without evidence to suggest so.

This is not about publicity or reputation, the council is genuinely seeking to help people rebuild their lives.

The library was always going to remain open, it will now no longer be moved after the council listened to the community. The college merger is currently under review, but it is a separate entity to the council. Our schools and children’s services are some of the best in the country.

Responding to questions about why survivors are still living in hotels six months after the fire and fears of suicide, a council spokesperson said:

The council did not set a deadline, the council is rehousing survivors at a pace they are comfortable with – this is a big decision for very traumatised families. We will not be forced into rushing them.

We are moving at the pace of the survivors and will not be rushing anybody. Health professionals are in the area giving clear advice and support to anybody that might have thoughts of suicide.

On allegations that there was no coordination from the council, that the emergency plan was not put into action and that offers of help were refused, a Kensington and Chelsea Council spokesperson said:

This has been covered in the independent task force report: https://www.rbkc.gov.uk/newsroom/all-council-statements/initial-report- independent-grenfell-recovery-taskforce

The Canary asked the Department for Communities and Local Government (DCLG) to respond to criticisms about the lack of implementation of recommendations following the Lakanal House fire. A spokesperson said:

Nothing is more important than keeping people safe. After the coroner’s investigation into the Lakanal House Fire in 2013, government took action to implement all the recommendations.

We are continuing to work on updating our fire safety guidance and published a report on their usability earlier this year.

After the Grenfell Tower disaster, it’s clear we need to urgently look at building regulations and fire safety. That’s why we have asked Dame Judith Hackitt to carry out an independent review and she will publish her interim findings by the end of the year.

As Dent Coad says, there are people who lost everything in the fire. And even after six months, many are living in hotels and struggling. For others, recovery may not even start until after justice is served. The fight may well be a longer one and it will need better support from the state, solidarity from the public and the continuing spirit of the community to go on.

– Sign the petition calling on the PM to appoint additional panel members to sit on the inquiry.

– Sign up to hear regular updates on the silent walk.

Featured image via screengrab. Inline images via the author.