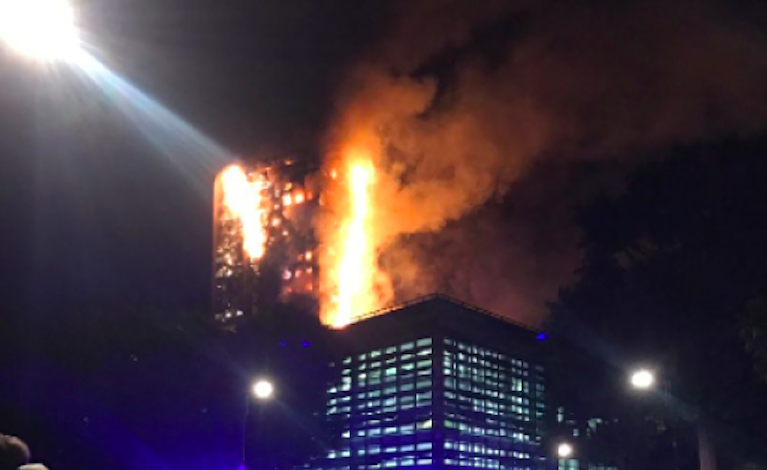 Residents of Grenfell Tower, which endured a raging fire on Wednesday 14 June, issued a stark warning that such an incident would occur after they alleged the landlord consistently failed to act on fire safety.

There have been “a number of fatalities” from the devastating fire that engulfed Grenfell Tower, a West London high-rise on the West Lancaster Estate in North Kensington, according to reports. More than 50 people are being treated in hospital.

Chilling accounts of residents trying to escape the burning building on 14 June have been reported.

But also chilling is the fact that, around seven months earlier, an action group representing the concerns of the estate warned this very type of incident could happen.

“All our warnings fell on deaf ears”

In a new post, GAG wrote again about their warnings, listing them as 10 blog posts:

ALL OUR WARNINGS FELL ON DEAF EARS and we predicted that a catastrophe like this was inevitable and just a matter of time.

A spokesperson for Kensington and Chelsea Council said:

At present all our focus is on supporting the rescue and relief operation.

The cause of the fire will be fully investigated and we will keep people informed and this page will be updated throughout the day.

A number of past fires

The warning came following another incident and alleged serial inaction by the landlord KCTMO, which manages the 24-storey tower on behalf of the council.

In 2013, GAG says that a major fire incident was narrowly averted in 2013 during a “period of terrifying power surges”, which it says were found to have been caused by faulty wiring.

Grenfell Tower isn’t the only council property to have suffered a fire under the KCTMO. A fire in October 2015 ripped through Adair Tower in North Kensington where a number of residents suffered from smoke inhalation. GAG alleges that the London Fire Brigade found KCTMO was lacking in sufficient fire safety for the residents and issued it with an enforcement order.

GAG also states that an audit on a neighbouring property, Hazelwood Tower, found similar safety concerns. And it alleges that the enforcement notice issued for Hazelwood involved measures that were partly responsible for the spread of the fire in Adair House.

This and a number of other incidents on other council properties sparked demand for a review, which never took place.

The Canary has contacted KCTMO for comment but has so far received no response.

The cause of the fire still remains unknown. But many questions have already arisen.