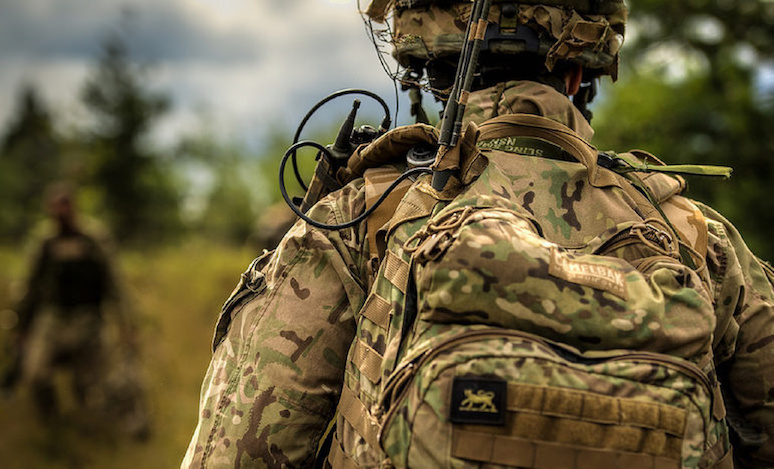 On 10 January, the British Army launched a new recruitment campaign. But although it appears to be inclusive, it has been widely criticised in the press, and critics have said the campaign “won’t appeal to new soldiers”. In a statement seen by The Canary, the Peace Pledge Union (PPU) – a leading British pacifist network – claims that the campaign is actually “misleading and desperate”, especially for young people.

In 2017, Conservatives blocked a move to lower the voting age to 16, claiming young 16-year-olds didn’t have the “political knowledge or maturity required”. Yet the UK is the only country in Europe to recruit people as young as 16 into the army.

There are already concerns that rising numbers of young people are unable to access mental health services. And this new campaign adds to serious concerns from health professionals about recruitment of vulnerable young people into the army.

In a statement seen by The Canary, PPU member Wayne Sharrocks, who belonged to the British Army from 2006 to 2013, said:

Military training is a process of mental conditioning. Brutal physical punishments are common. Fear of questioning orders is instilled early on, while the army uses sophisticated techniques to remove the aversion to killing. All this has negative impacts on soldiers’ mental health. This conditioning process is likely to be one of the main causes of PTSD in soldiers and veterans.

The new campaign includes images of soldiers receiving emotional support. It also features potential recruits who are gay or Muslim, with the message that they are welcome in the army. But according to the PPU, while this “suggests that the army promotes equality”, the campaign is misleading because:

the army denies the most basic human rights to its employees, including the right to leave their job and the right to follow their conscience. They also routinely deny the human rights of civilians and others in countries in which they operate.

There are concerns that government austerity has also led to a “crisis in recruitment and retention”. The BBC reported that Retired Colonel Richard Kemp thought “the new £1.6m campaign would not solve the Army’s ‘recruiting crisis'”. And Symon Hill, Co-ordinator of the PPU, said:

The army exists to engage in violence in the service of the establishment, not to provide emotional support or to promote equality. The armed forces have been failing for years to meet their recruitment targets, which suggests that young people can see through the tacky adverts and recognise that the army is about violence and unquestioning obedience.

The British Army declined to give any further comment to The Canary. A spokesperson said: “a full statement about the campaign was given on the BBC‘s Today programme”.

Our society is changing and I think it is entirely appropriate for us therefore to try and reach out to a much broader base to get the talent we need in order to sustain combat effectiveness… What is interesting is we are now getting new types of applicant and that’s why we need to adjust the approach we are using to how we nurture them into the Army.

This campaign appears to be inclusive, suggesting the army is warm and nurturing. Despite being ‘at peace’, there are currently thousands of UK soldiers on active service around the world. There are also rising numbers of homeless veterans, and many who experience mental health issues or lack support after deployment. So if teenagers are the new army recruitment ‘targets’, we need to act. And we need to work for peace not war.

– Support the work done by the PPU.

– Find out about the impact of war on mental health.

Update: The image in this article was updated at 21.30 on 12 January. The previous image showed a US rather than a British soldier.