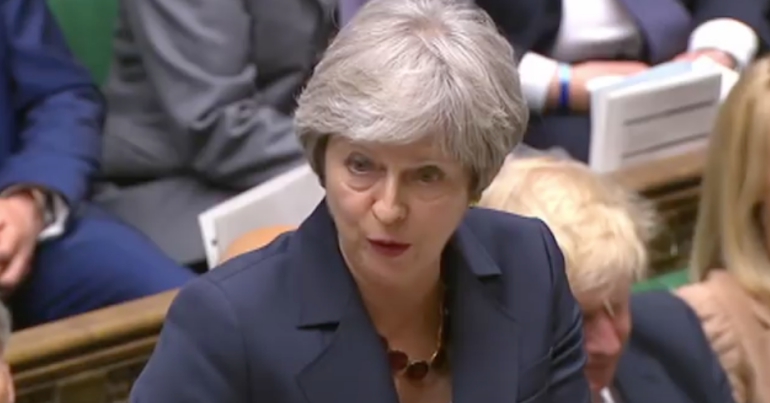 Responding to a question at PMQs, Theresa May said the system for investigating the past in NI is "unfair". Read the full story here: https://t.co/dpTDnA6XTB pic.twitter.com/lK6jAb4wXF

This infuriated the families of victims of British armed forces killings.

Not only was May’s statement untrue, it was hurtful to these families. A number of them are represented by the Pat Finucane Centre (PFC) in Ireland.

Alan Brecknell, PFC spokesperson, told The Canary that May was “completely wrong”. Along with other justice campaigners, the PFC is running an ad in the Guardian to explain to British people the inaccuracies in her statement. They will also call for her resignation:

Amber Rudd had to step down…she [May] should step down too.

They were also surprised as statistics contradicting May’s comments have been available for over 12 months.

The facts and distortion by Loyalist collusion

The statistics issued by the Police Service of Northern Ireland (PSNI) tell a completely different story. They show who the PSNI is investigating: 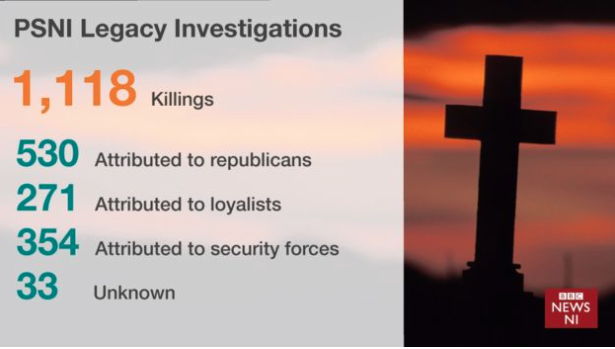 But even these statistics do not tell the full story. Journalist Anne Cadwallader’s book Lethal Allies highlights collusion between British armed forces and loyalist paramilitaries. Between 1972 and 1976 alone, collusion was responsible for 120 killings.

Conservative MPs called for a statute of limitations into past investigations. This would protect soldiers and security personnel from prosecution for wrongdoing during the conflict. This would put the UK in the same category as former dictatorships in Chile and Argentina. Although it appears now that this may not go ahead.

What the families want

The PFC wants British people to know the truth. And it is hopeful. Brecknell told The Canary the consultation launched by secretary of state Karen Bradley was “heartening”. This could include a truly independent investigation unit.

But the difficulty for families is that it will take time. And that adds to the misery of families who lost loved ones over 40 years ago.

– Contact Justice for the forgotten (JFF), PFC and Relatives for Justice