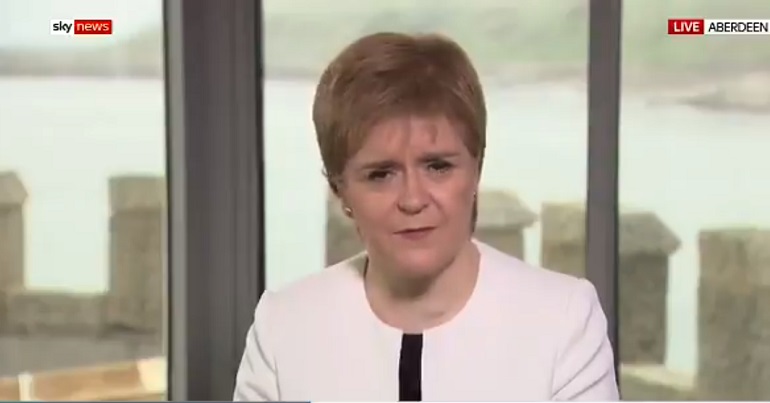 Nicola Sturgeon was on top form on 10 June. Appearing on Sky News’ Ridge on Sunday, the SNP leader slammed Boris Johnson and his role in the government. In doing so, she nailed what many people have been thinking.

I don’t think Boris Johnson should be anywhere near a Government office. You know, he must be one of the least fit people to hold a high office of state that we’ve ever seen. And I thought that before his comments at the end of last week.

You can watch her comments in this clip:

"I don't think Boris Johnson should be anywhere near a government office, he is one of the least fit people to hold a high office of state we've ever seen" says Scotland's First Minister @NicolaSturgeon #Ridge pic.twitter.com/Joy5Y4n8mH

Johnson’s recent embarrassment for the government is just the latest in a long list of gaffes, scandals, and deeply offensive comments.

He has been accused of using racist and xenophobic slurs in multiple articles and speeches. While London mayor in 2013, he also suggested that Malaysian women attend university because they “have got to find men to marry”.

And he hasn’t stopped since becoming foreign secretary.

At a Conservative Party conference, he joked about the “dead bodies” caused by the Libyan conflict. In 2016, he referred to the continent of Africa as “that country”. And last year, he mistakenly stated that Nazanin Zaghari-Ratcliffe, a British-Iranian woman detained in Iran, was “training journalists”. These comments could have caused Iranian authorities to extend her imprisonment.

With a track record like this, it’s no wonder Sturgeon described him as unfit to hold office. She’s saying what many people have been thinking.