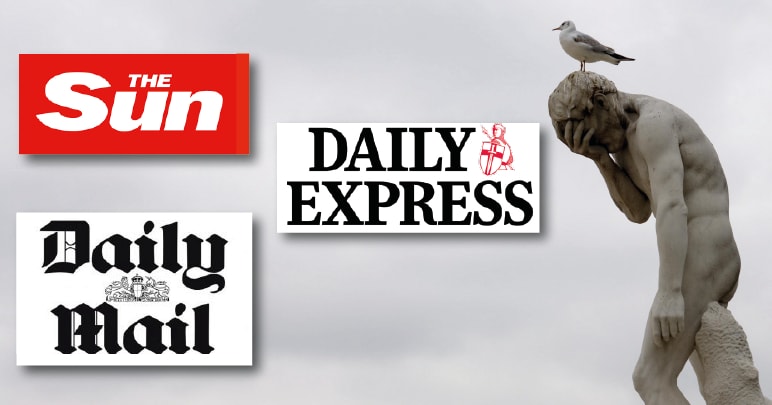 Many people are hoping that football is coming home this World Cup. England doesn’t only have a history with football, though. It also has a history of sportsmanship. And as such, the tabloid front pages on 28 June were a bit of an own goal: 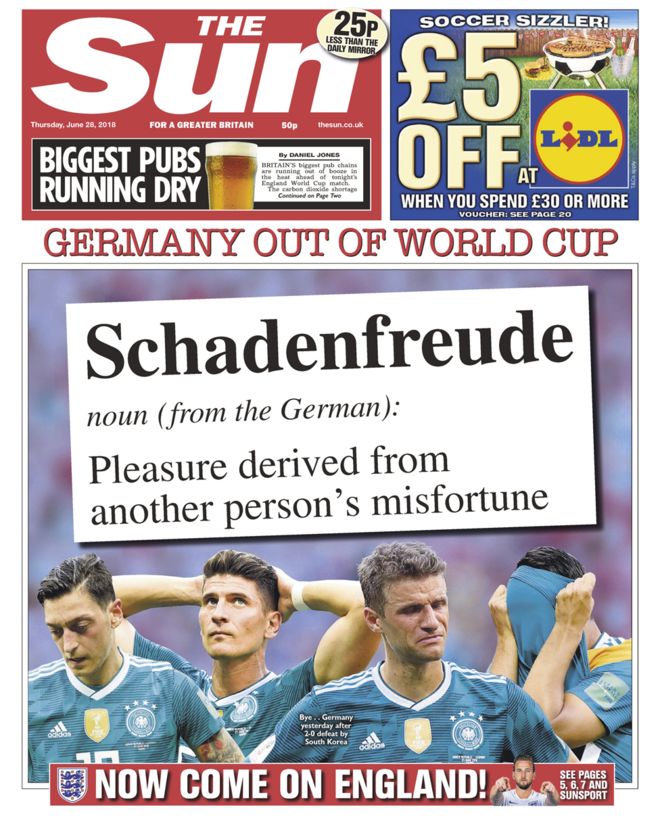 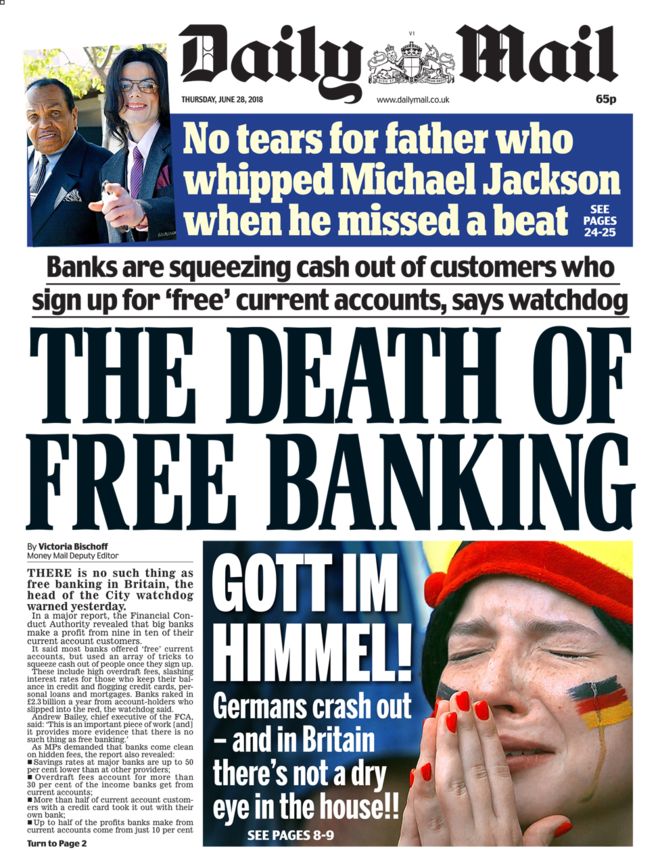 @afneil Is this what you had in mind ? Patriotic Mail puts national interest first & seeks to help May secure a better Brexit deal at EU summit by discreetly playing down Germany’s defeat ? pic.twitter.com/4lsSoC1Ti3

I see British tabloids are gloating over #GERMANY exiting #WorldCup . In their superior illogical minds they, probably, see it as an endorsment of #Brexit !!

The cover of the Express didn’t seem that bad – showing a smiling England fan and a crying German supporter. Then you realise England didn’t even play against Germany, though, and the paper is claiming victory for South Korea’s win: 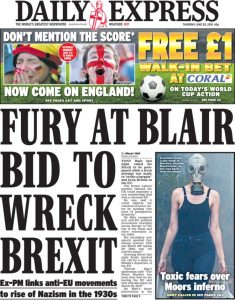 unfollow me, hate me or whatever, but the anti-German mocking headlines for a game that England wasn't even involved in in all the main newspapers today is really pathetic – sorry guys, concentrate on your own football

The Mail group had been gloating since 27 June:

England fans rejoice as Germany are dumped out of the World Cup at the group stage after losing to South Korea https://t.co/ZqYOeylsSE pic.twitter.com/DKu5g5A7aU

The article was full of comments celebrating that England would now be spared a potentially difficult game:

They had a psychological hold over us that has been broken by South Korea and Mexico. I think it’s time to celebrate.

This is fair enough, as obviously the sign of a real sportsperson is wanting to scrape through a tournament without any real challenge.

Jokes aside, though, could Germany losing to South Korea actually be a sign that Brexit is going well?

Another person pointed out that the Sun‘s front page had a glaring irony on it:

The Sun dedicates their front page to ridicule of Germany's World Cup defeat, while also offering a £5 voucher for a German supermarket pic.twitter.com/awBTElf3wP

This isn’t a great look, but with the Sun‘s circulation in decline, it probably needs the money. And it’s okay to feel schadenfreude about the gutter press failing, because they fuel racism, paranoia, and poor sportsmanship.

The saddest thing about the not-so-friendly rivalry is that it’s completely one-sided. Germany may be England’s greatest rival, but theirs is Holland. In other words, England just isn’t that important to Germany, making the whole thing as pathetic as it is petty.

Overall, no one is saying you shouldn’t celebrate winning. Gloating about avoiding a tough game is hardly the ‘bulldog spirit’ the tabloids love, though. If anything, it’s more like a jack russell running away with its tail between its legs to yap from a safe distance.