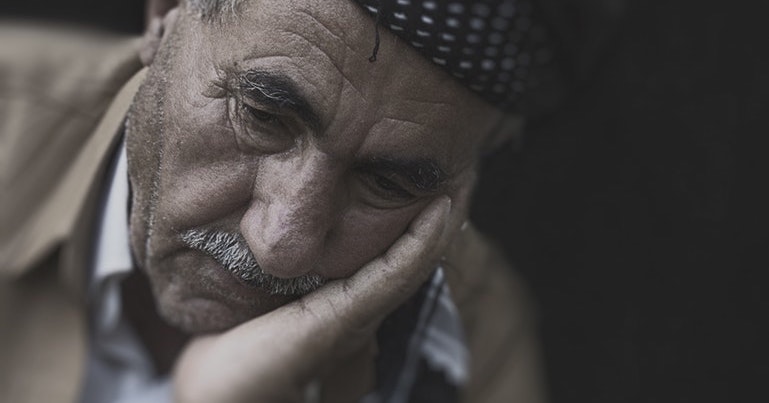 New government figures show that the number of older people becoming homeless is the highest in the past decade. These figures are a damning indictment of housing policy under this Conservative government.

In the last year, 2,520 people aged 60 and over were accepted as homeless – a staggering rise of 40% in the last five years, and the highest number for over a decade.

As The Canary previously reported, data released by the Office for National Statistics (ONS) also showed that 123,000 children are living in temporary housing. But it doesn’t stop there.

Shelter’s analysis also revealed that 38,390 single-parent families are homeless and living in temporary accommodation. This is a 54% rise in the last five years. And it’s entirely disproportionate because, while 23% of all families are single-parent, they account for 63% of homeless families.

Under this Conservative government, the numbers of homeless old people, children and vulnerable families are spiralling. As Shelter CEO Polly Neate said:

It’s clear that our country is in the firm grip of a housing crisis, with everyone from young children and their families through to older people bearing the brunt.

An unforgiving combination of expensive rents and welfare cuts is forcing families out of homes and into temporary accommodation and ruining retirement for older people.

Under this government, the number of people sleeping rough in the UK has already risen 169%. Private rents are also spiralling out of control. The crisis shows no sign of halting. As Neate explained:

If we want to protect more people from the ravages of homelessness, the government must come up with a bold new plan for social housing and in the short term, ensure housing benefit covers the actual cost of rents.

Because it doesn’t have to be this way. Both Labour and the Green Party have put forward viable alternatives to end the housing crisis.

The Labour manifesto identified a “housing crisis – a crisis of supply and a crisis of affordability”. And it put forward a series of fully costed solutions: ending insecure tenancies; investment in social housing. It also promised “4,000 additional homes reserved for people with a history of rough sleeping” and said it would:

take action to tackle the root causes of homelessness, including safeguarding homeless hostels and other supported housing from crude Conservative cuts to housing benefit.

And the Green Party manifesto also goes further in proposing to take action:

on empty homes to bring them back into use and a trial of a Land Value Tax to encourage the use of vacant land and reduce speculation.

Ultimately, the current housing crisis also creates profit. From private landlords to those who view property as an asset rather than as a home, too many people have made too much money as the number of homeless people soars.

When elderly people become homeless and thousands of children live in temporary accommodation, we know that enough is enough. We need a change of government and we need it now.