The Department for Work and Pensions (DWP) and its chief Esther McVey were under more pressure on Wednesday 4 July, as the UK’s largest trade union passed a motion calling for Universal Credit to be “stopped and scrapped”. But the union’s move also puts pressure on Labour – as this decision is at odds with the party’s position.

The DWP: Unite has had enough

Universal Credit, the DWP’s flagship payment which combines six means-tested benefits, has been dogged by controversy. But now, at its annual policy conference, Unite the Union has passed a motion to make its official position that Universal Credit should be stopped and scrapped altogether.

Unite confirmed to The Canary that the motion had been passed. It read:

Universal Credit has to be scrapped… We call on an incoming Labour government to: stop and scrap Universal Credit… carry out far-reaching social security reform that truly makes work pay as well as protecting those unable to work. 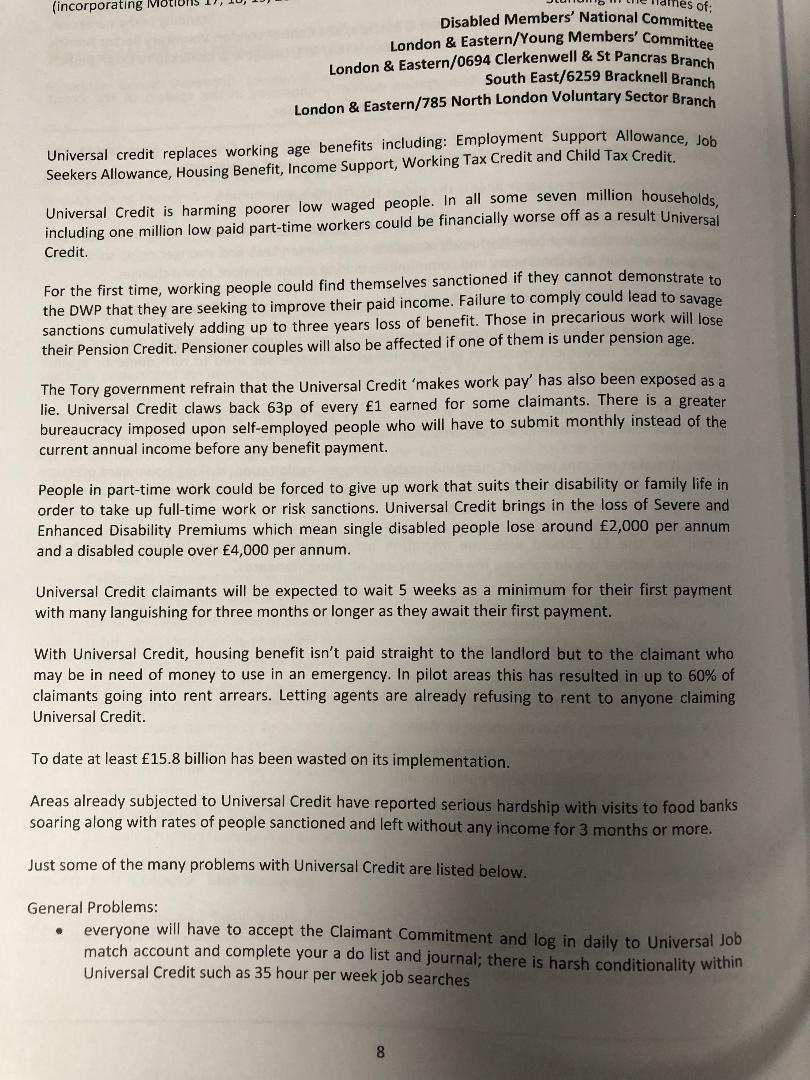 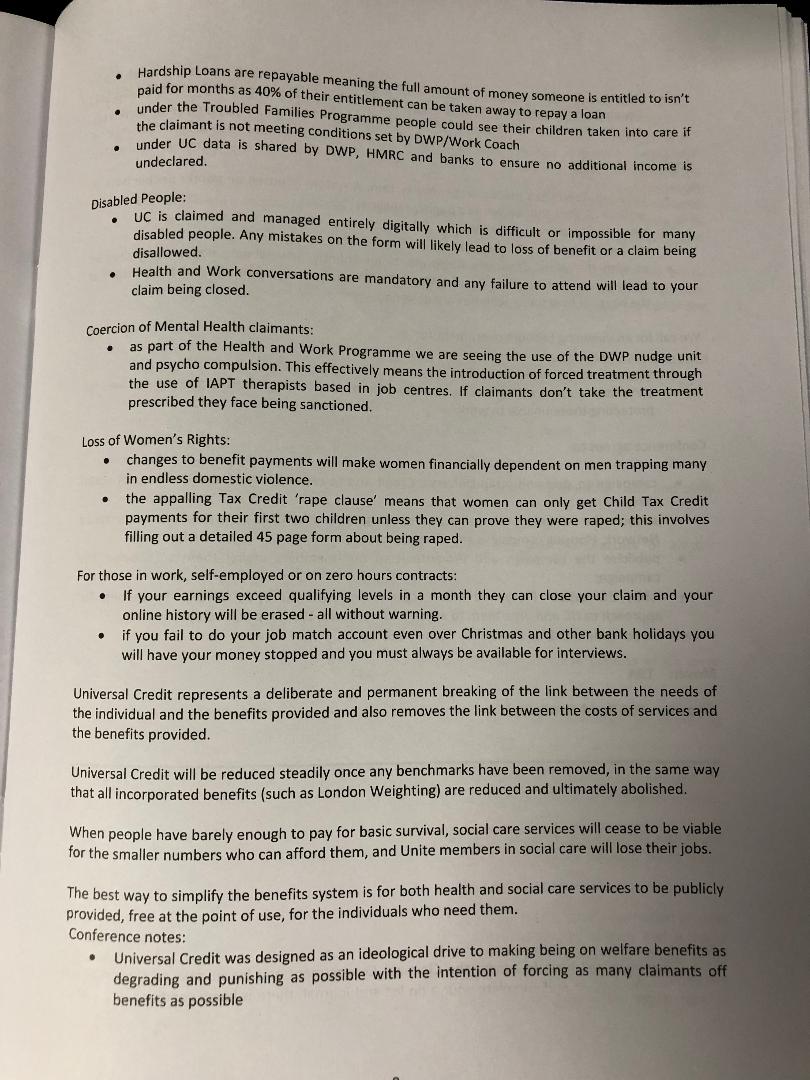 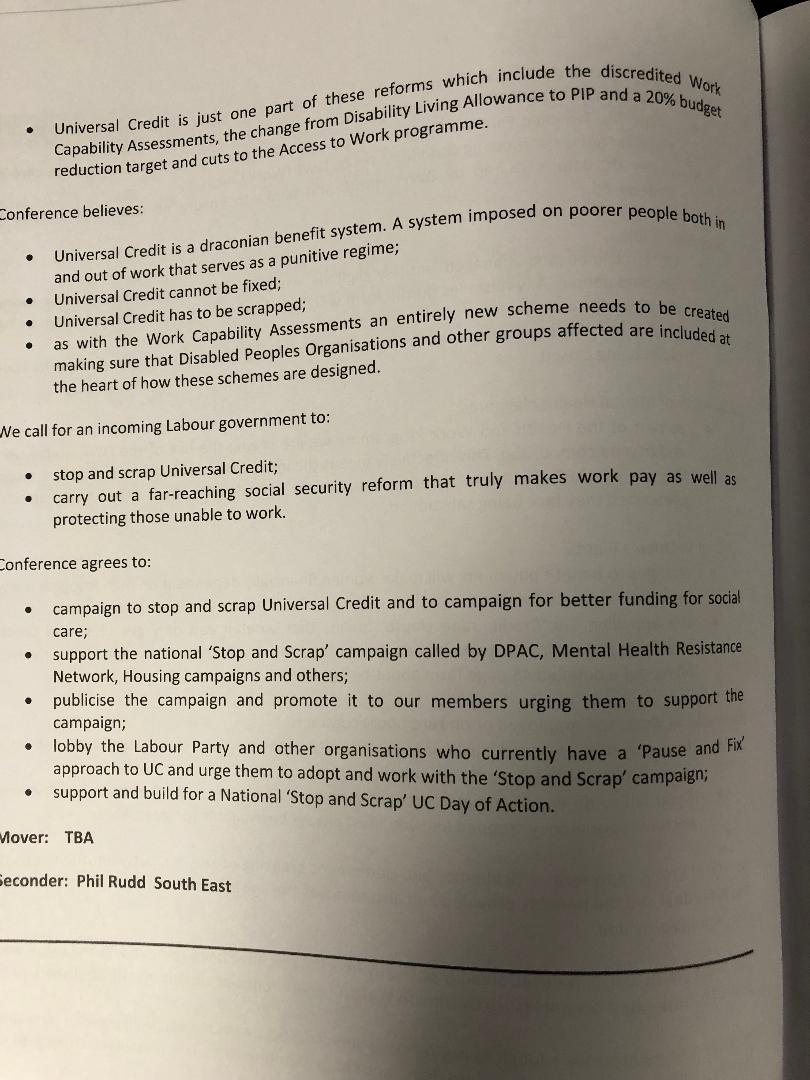 Unite member and co-chair of Lewisham Momentum Ellen Morrison gave a speech about why Universal Credit should be stopped and scrapped. She highlighted the fact that members of Unite’s “Community” sector (the arm of the union for non-workers) had been campaigning on this issue. Morrison then went on to explain why the union should support the ‘stop and scrap’ motion:

Today at Unite's policy conference members voted to scrap #UniversalCredit! I'm sure this excellent & emotive speech by @ellenlmorrison persuaded many members to support the motion. I'm proud to count her as a friend ✊🏽#UPC2018 #StopAndScrapUniversalCredit pic.twitter.com/OSh9VbCl2f

She then urged the conference to support the motion. And it did:

This is a shift from Unite’s previous position of “Stop and Fix Universal Credit” which it had been campaigning for.

But moreover, it is also at odds with the Labour Party position of ‘pause and fix’. And, just moments after Unite passed its motion, Ruth George MP was reiterating that position on Channel 4 News. She said of Universal Credit:

We should pause it, stop it, sort the problems out.

Labour’s position is also at odds with some activist groups. For example, Disabled People Against Cuts (DPAC) has repeatedly warned of the dangers of Universal Credit and called for it to be scrapped.

The evidence against Universal Credit is clear. The Institute for Fiscal Studies (IFS) found that around 160,000 children who would have got free school meals under the old system will lose out with Universal Credit. Meanwhile, the Trussell Trust found that “foodbanks in areas of full [Universal Credit] roll out for six months or more have seen a 30% average increase six months after rollout compared to a year before”.

Then, the National Audit Office (NAO) issued a damning report into Universal Credit. Now, as The Canary recently reported, McVey has been accused of “lying” to parliament about the NAO report – with George pushing for her to resign on Channel 4 News.

Paula Peters from DPAC, who is also a member of Unite Community, told The Canary:

Many low-paid, part-time workers who are Unite members will be hit hard with Universal Credit. The evidence is mounting that Universal Credit is failing and is simply not fit for purpose. Campaigners welcome the news that Unite the Union members voted unanimously to stop and scrap Universal Credit at their policy conference in Brighton. The pressure is now mounting on the Labour Party and ultimately Esther McVey, secretary of state for the DWP, to listen to millions of claimants and trade unionists that you can’t fix a policy designed to fail from its conception. With costs of £15.8bn to date, Universal Credit has saved the government just 2%. The heinous policy that is Universal Credit needs to be scrapped now.

Campaigners want Universal Credit stopped and scrapped. Now, the largest trade union does too. The only people not on message, it seems, are the government and Labour. Will Corbyn’s party change its position? With McVey more embattled by the day, it may well do.