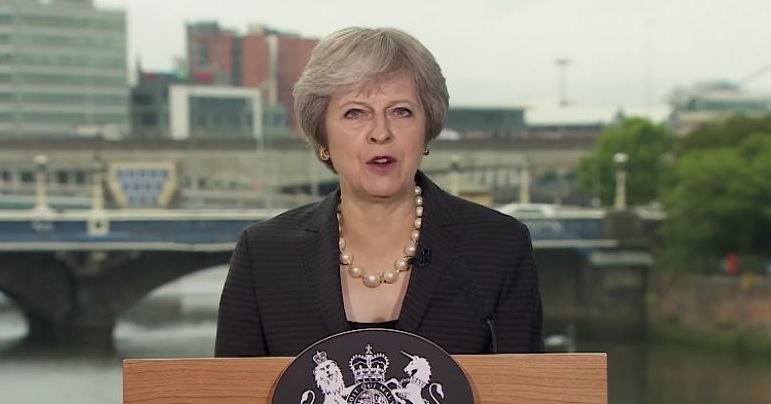 A political storm is brewing over Theresa May’s government using ‘child spies’ to catch serious criminals. A human rights group, a government committee, and a former Conservative minister are all raising alarm bells over the scandalous practice.

The Home Office is trying to extend the amount of time it can use kids as infiltrators. A government committee has raised [pdf p3] “grave concerns” over the government exposing minors to “serious, violent crimes” at all, let alone for longer periods of time.

For most, news that the government can use children as spies to catch criminals will come as a surprise. But, as the Guardian reports, it can. Currently, it can use them on surveillance operations for up to one month, after which it has to ‘re-register’ the child for use. The Home Office is trying to extend the one-month limit to four months.

The House of Lords Secondary Legislation Scrutiny Committee has challenged the government on the plan. It published its concerns over the proposal on 12 July. The committee, chaired by former Conservative minister Lord Trefgarne, stated:

The committee also noted [pdf p10] that the government doesn’t appear to have consulted mental and physical health professionals on its plan. And it says [pdf p4] the government hasn’t “explained in any detail” its supposed “range of safeguards” to monitor these children’s welfare.

It’s not surprising the committee is concerned. As its report explains, the government is exposing these kids to criminal situations of the highest order. The committee asked Home Office minister Ben Wallace about the situations it uses them for. It wrote [pdf p3]:

The Minister’s reply gives some examples of how such a juvenile CHIS [covert human intelligence source] might be used, citing terrorism, gang violence and drug offences as well as child sexual exploitation.

Enlisting children as foot soldiers in the darkest corners of policing, and intentionally exposing them to terrorism, crime or sexual abuse rings – potentially without parental consent – runs directly counter to the government’s human rights obligations, which demand the interests of children be placed at the heart of decisions which affect them.

Wallace, however, argued [pdf p11] that juveniles are “increasingly involved, both as perpetrators and victims” in such crimes and can therefore have “unique access to information”. And the Home Office claims:

Juvenile covert human intelligence sources are used very rarely and only ever when it is necessary and proportionate and when there is no other less intrusive way to get the information needed to convict criminals or terrorist suspects.

The Home Office, however, hasn’t revealed [pdf p3] exactly how many children it’s used as spies.

As critics have pointed out, the UK currently has the “most extreme surveillance law ever passed in a democracy”. Now we discover its surveillance practices include exposing kids to serious, violent crimes rather than “rescuing them” from such situations.

This inept government has an extraordinary skill in one area. It can always go lower when you think it’s reached the depths of its depravity.