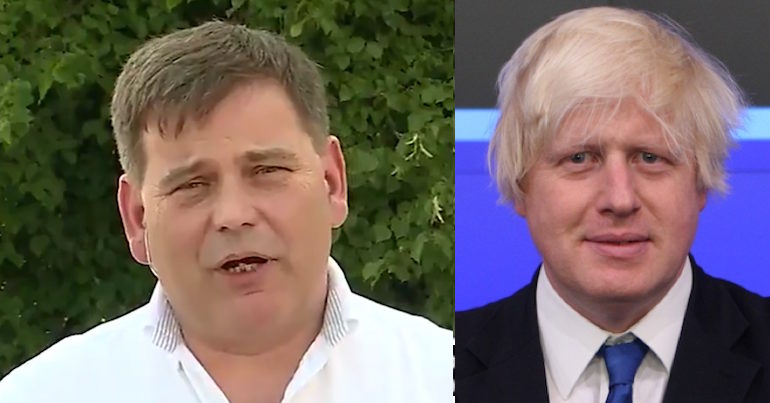 The excuse that’s even worse

Yes, the word ‘Muslim’ does not directly mean one ethnicity. The thing is, neither does the phrase ‘Black people’, which can relate to many ethnicities and cultures around the world.

But no one is going to go on national television and say it’s impossible to be racist against black people. Because it’s obviously bullshit, and we can say the same when people claim that for Muslims:

When Tommy Robinscum and Donald Trump fans whine: "BUT ISLAM'S NOT A RACE" intelligent people hear: "But I spent so long waiting for a way I could be racist and get away with it. Don't take this from me!"

Here is the exchange on Sky:

Viewers were far from impressed at Bridgen’s defence:

People that say "Islam isn't a race" aren't looking for a nuanced discussion about the nature of racism, they're just seeking cover for their bigotry.

“You can’t be racist against Muslims cos Islam isn’t a race.” pic.twitter.com/yh2dVWCofz

When did you last look,@ABridgen? Because discriminating against Muslims is indirect discrimination on the grounds of race. https://t.co/p8aS8Ae1Zf

Bridgen also said that the former foreign secretary should be defended on “freedom of speech” grounds. This echoes a response from other Conservative sources who said Johnson is ‘free to express his opinions’.

“What has he said that’s wrong?” the MP for North West Leicestershire also lamented.

But Johnson is a high-profile lawmaker, and Muslim women have said they “feel unsafe in the street”. Niqab-wearing molecular geneticist Sahar Al Faifi added:

We are already facing triple discrimination against our faith, our race and our colour

We must shut down the normalisation of anti-Muslim prejudice at every opportunity. Johnson’s comments give a green light to racists and those disposed to bigotry up and down the country.

Freedom of speech does not mean freedom from responsibility for what you say. Along with the ‘Islam is not a race’ idiocy, Bridgen somehow managed to outdo Johnson on Sky News. Quite the achievement.

– Find out more about Islamophobia in the UK with Tell MAMA.

– Read more from The Canary about Boris Johnson.