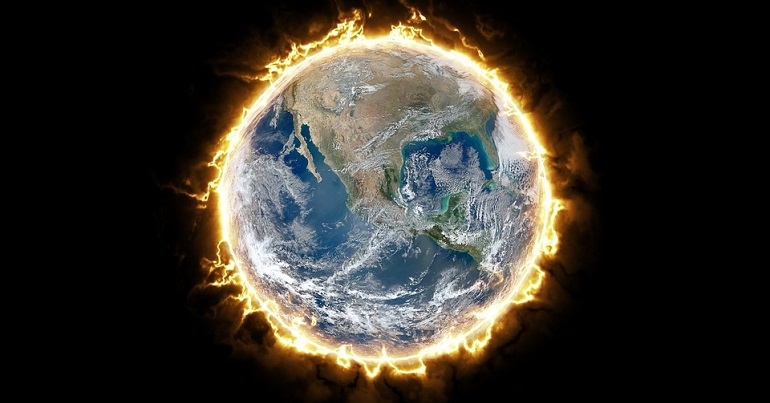 On 8 September, people from 78 countries are uniting to fight against climate change. They will be taking part in a global day of action called ‘Rise for Climate’.

The day of action is planned to put pressure on decision-makers at the Global Climate Action Summit. The summit will see local leaders meet with national governments, business and civil society. They will be meeting to discuss how to implement the Paris Climate Change Agreement.

Over 300 groups have committed to supporting the global day of action. According to 350.org, these groups will be organising over 500 actions in 78 countries:

In just one week, people in 78 countries at 531+ actions will rise up to demand our local leaders commit to a Fossil Free future. That means no more fossil fuels and 100% renewable energy for all. The time is now. #RiseforClimate on Sept 8! Find out more: https://t.co/UXeMMvV589 pic.twitter.com/FdzCMnjJn8

Organisers also claim the global day of action will see people mobilised across all six continents. The Rise for Climate website states:

People on every continent will come together to Rise for Climate Action.

On 8 September we will rise together in our neighbourhoods to take action, telling the story of the communities we want, and showing governments how to follow our lead. We’ll connect all our local efforts globally to help make an unstoppable wave of people’s climate leadership – from our town halls, to our schools, and places of worship.

The day of action isn’t simply to raise awareness of climate change though. Instead, organisers have concrete demands. They’re calling for a transition away from fossil fuels, and for the world to be powered solely by renewable energy:

The bar for real climate leadership is simple: public, actionable commitments to a fast and fair transition to a fossil free world, powered by 100% renewable energy for all.

We can’t keep powering our lives with dirty fuels from the last century. It’s time to repower our communities with clean, renewable energy from the sun, earth, wind and water.

We need every local government and institution to commit to building 100% renewable energy and stopping new dirty energy projects in their community. Anything less than that is out of line with what science and justice demand.

Also central to the day of action is a call for climate justice.

The concept of climate justice recognises that climate change most affects the people least responsible for causing it. It also sees that a transition to a sustainable economy must be just, ensuring it does not negatively impact workers or communities dependent on fossil fuels. The organisers said:

Climate change is both a result of, and a cause of injustice. We simply cannot solve the climate crisis without building a new economy that is fair, equal and works for all of us.

A fast and fair transition away from fossil fuels to a renewable energy economy must protect the most vulnerable communities, including where that shift immediately impacts people and their city or state. Workers must be truly heard by companies and governments – working together to develop employment plans that include training, support and, if appropriate, re-skilling of workers. The shift away from fossil fuels is urgent and it must happen without harming some of the most vulnerable people.

The ‘Rise up for Climate’ day of action is part of a much bigger movement against climate change that is growing in strength.

In the UK, campaigners have engaged in ongoing resistance to fracking in Lancashire. Earlier this year, students escalated campaigns pushing for their universities to stop funding the fossil fuel industry. Students targeted the Oxbridge boat race, occupied Cambridge buildings and even went on hunger strike in support of those campaigns.

More and more people are taking action for climate justice. As this movement grows, decision-makers will be feeling the pressure.

– Find your nearest event on the global day of action.

– Organise an action in your area.