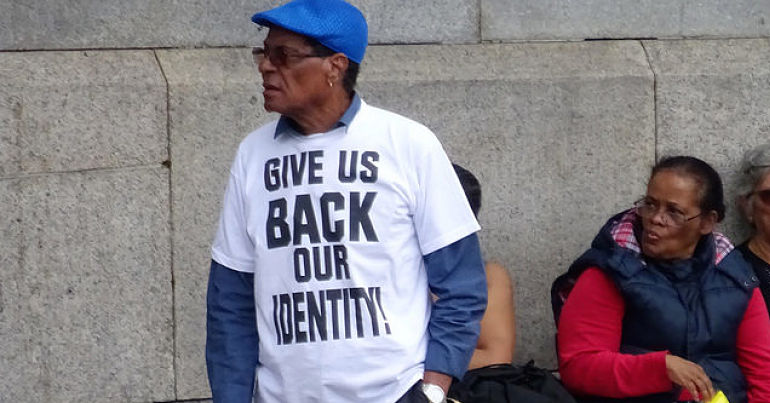 On 3 September, a four-day legal challenge to the UK’s sovereignty over the Chagos Islands began in the International Court of Justice (ICJ). The islands are part of an archipelago located in the British Indian Ocean Territory (BIOT), and home to US airbase Diego Garcia.

Mauritius sold the Chagos Islands to the UK in 1965, three years before the country gained independence. The Mauritian government, however, claims that it was unduly pressured into making the sale by way of secret threats and coercion.

According to the Mauritian defence secretary Sir Anerood Jugnauth, Britain’s acquisition of the islands was therefore an “unlawful detachment of an integral part of our territory on the eve of our independence”. The ICJ will now judge whether Britain’s actions breached UN resolution 1514, which “specifically banned the breakup of colonies before independence” in 1960.

This is the latest in a long list of legal disputes over the UK’s colonial record in the Chagos Islands, described by the UK’s own legal representative, Robert Buckland, as “shameful and wrong”. While the current verdict will not be legally binding, its advisory capacity is considerable.

The UK government subsequently “removed the 1,500 indigenous inhabitants of the Chagos Islands” to make way for a US military base on the archipelago’s largest island, Diego Garcia. One UK governmental official remarked:

There will be no indigenous population [on the islands] except seagulls.

British planners cared little for the removal of the native population – and still don’t. A Foreign Office document at the time said of the Chagossians:

these people have little aptitude for anything other than growing coconuts.

A Ministry of Defence document from the 1970s, moreover, denied the very existence of those it was dispossessing.

In a later document, dated 15 May 2009, former British Commissioner of the BIOT Colin Roberts stated: “We do not regret the removal of the population”.

The Chagos Islanders have still not received justice.

In 2000, the UK High Court ruled that “the British government illegally expelled nearly 2,000 inhabitants of the Chagos islands in the Indian Ocean… to make way for a strategic U.S. military base on Diego Garcia.” In June 2003, however, Tony Blair’s government “invoked the archaic royal prerogative in order to crush the 2000 judgment.”

In 2007, the Labour government created a marine protected area around the Chagos archipelago. The park plans included a ban on fishing, which would pose a crucial threat to the islanders’ way of life – if they were ever permitted to return. According to documents released by Wikileaks, UK planners were careful to “assure that US interests were safeguarded and the strategic value of BIOT was upheld” within the marine park plans. Meanwhile, it was privately understood that:

establishing a marine reserve might, indeed… be the most effective long-term way to prevent any of the Chagos Islands’ former inhabitants or their descendants from resettling in the BIOT.

In 2017, the Chagos Islanders fought the marine park case in the supreme court.

Pressure mounts on the UK

International pressure is mounting on the UK government to allow the Chagos Islanders to return home.

But the stakes are high. According to a confidential US State Department letter to the UK Foreign Office, allowing the Chagos Islanders to return “would significantly downgrade the strategic importance of a vital military asset unique in the region”. US bombers, for instance, used Diego Garcia to attack Iraq and Afghanistan. The airbase also functioned as a CIA black-site, upon which US secret services detained “high-value suspects” with the “full cooperation” of the UK government. The US, moreover, plans to expand the base.

The UK government must choose between honouring the “special relationship” with the US and ending its shameful treatment of the Chagos Islanders.

Whatever the verdict, the UK government’s treatment of the Chagos Islanders is a matter of historical record. And it’s a national disgrace. The sooner they can return home, the better.

– Write to your MP regarding the Chagos Islanders’ right to return home.