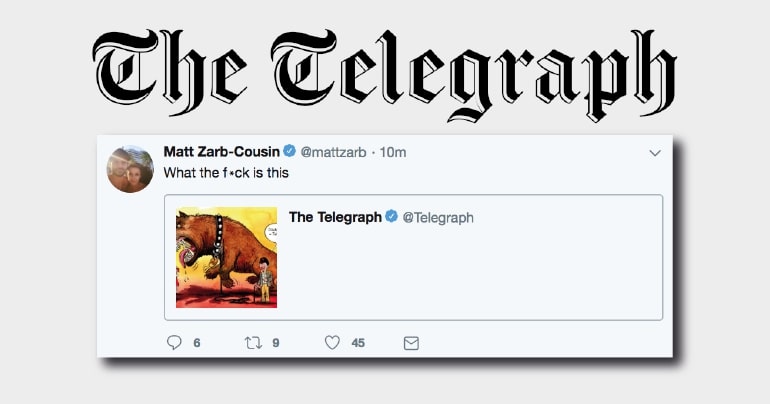 A cartoon published by the Telegraph has been accused of being Islamophobic. It’s not difficult to see why:

The cartoon appears to be depicting the Iranian president Hassan Rouhani. This presumably follows on from the Telegraph front page of 8 September:

Lol this is about a single Press TV reporter being at a CLP meeting as an ordinary member pic.twitter.com/Ruesy5IMAA

The conspiracy that Labour has been infiltrated by the Iranian regime seems a bit far-fetched, however: 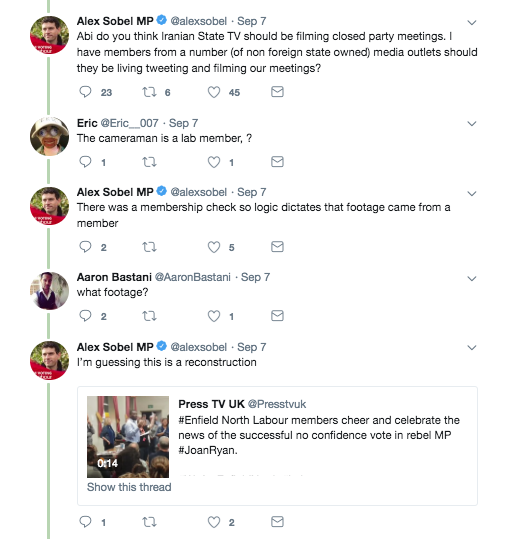 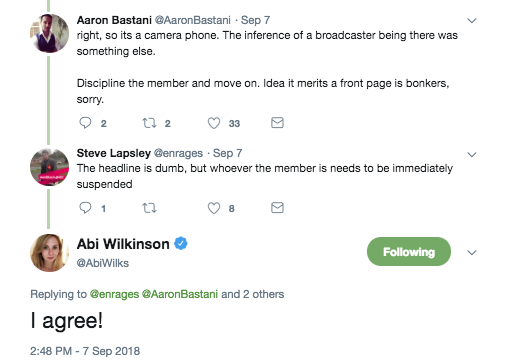 Moving past the Info Wars style conspiracy theory, people have accused the image of being Islamophobic:

Defenders may argue that the man on the right is specifically the Iranian president – not just a random Muslim. There’d be problems with this reading.

Although Iran is often raised as an existential threat to the West, our media doesn’t put much focus on the country’s politics. It’s safe to assume most Britons have no idea what the Iranian President looks like. Most will simply see a Muslim.

Even if people do recognise Rouhani, political cartoons work on a symbolic and literal level. Just as the attack dog is a stand-in for Momentum, it’s easy to see Rouhani standing in for all Muslims. This is ‘dog whistle racism’ – when a bigoted message is there for those who are listening for it.

By way of comparison, there was a story that broke in 2017 about Israel interfering in UK politics. In response to that story, you could have done a reverse of the Telegraph cartoon if you switched Corbyn and the centrists; replaced Momentum with Labour Friends of Israel, and swapped Rouhani for Benjamin Netanyahu. People would rightly lambast such an image as antisemitic, especially if Netanyahu was depicted as being obviously Jewish in a kippah or tallit.

Sadly, in the UK media, the same scrutiny rarely applies to Islamophobia.