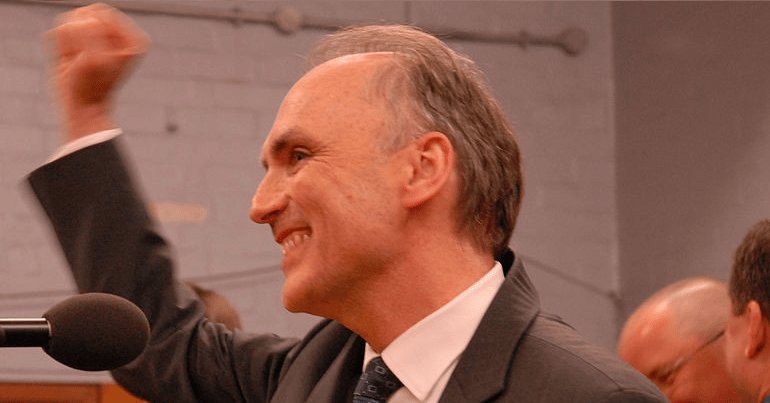 Labour’s Chris Williamson taught a “masterclass” in owning the BBC on 7 September.

“We are the moderates”

The BBC presenter was suggesting that Labour is on the fringes under Jeremy Corbyn:

So is centrism a dirty word under Labour, under Jeremy Corbyn leadership then?

I think it’s a meaningless term to be honest with you. When you consider that… 70-80% of the public actually support Labour’s programme. We are the moderates, we are the centre ground, we are the new mainstream.

This is an absolute masterclass from @DerbyChrisW. Confident, uncompromising, and with a perspective beyond the Westminster bubble. pic.twitter.com/Nm0e1nCAGB

As Williamson points out, Labour’s policies have huge public support. Polling on some key features of Labour’s industrial strategy illustrates this:

The debate on ‘centrism’

When Corbyn was rising to power during the 2015 leadership campaign, now editor of the Sunday Times Allister Heath warned that it:

would become acceptable again to call for nationalising vast swathes of industry, for massively hiking tax and for demonising business. The centre-ground would move inexorably towards a more statist position

Corbyn’s platform is looking to a more democratic and local model than ‘statism’. For example, Labour wants to support “the creation of publicly owned, locally accountable energy companies and co-operatives to rival existing private energy suppliers, with at least one in every region”. The ‘centre-ground’ Heath is really talking about is what’s acceptable within the mainstream media.

Outside of establishment discourse, one perspective is that ‘Corbynism’ has always been close to the centre-ground. Norwegian Jonas Fossli Gjersø, a history lecturer at the London School of Economics, said:

From his style to his policies Mr Corbyn would, in Norway, be an unremarkably mainstream, run-of-the-mill social-democrat. His policy-platform places him squarely in the Norwegian Labour Party… Yet, here in the United Kingdom a politician who makes similar policy-proposals, indeed those that form the very bedrock of the Nordic-model, is brandished as an extremist of the hard-left and a danger to society.

Labour’s programme offers a mixed economy of public, cooperative and private models of ownership that could be described as ‘centre-ground’. And public support for many of Labour’s policies long precedes Corbyn’s leadership. By contrast, what corporate pundits call ‘centrism’ is actually a pro-war, hard-right agenda of unbridled privatisation and austerity.

On the BBC, Williamson refused to play the establishment’s game. The MP for Derby North set the agenda. That’s the only way to deal with the mainstream media.

-Check out the Open Selection campaign to democratise Labour.