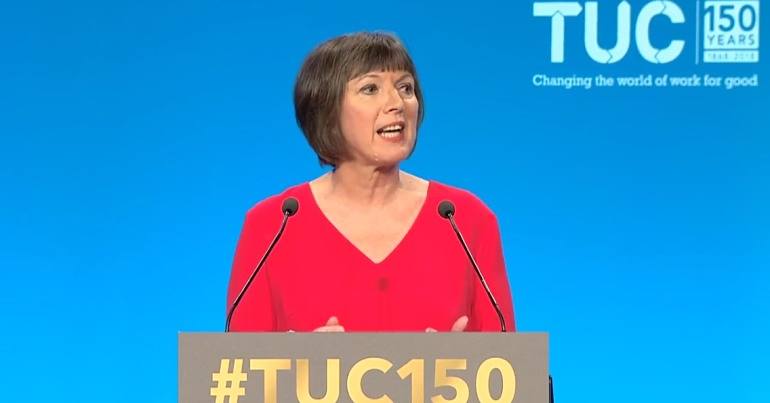 The Trades Union Congress (TUC), an umbrella group representing the UK’s workers, wants the government to back a four day working week. It believes this proposal is a “realistic ambition for the 21st century”. The TUC has claimed the policy would force businesses to share the benefits of technological advances.

The TUC took to Twitter to announce the move:

When workers were asked their preferred working week, most picked four days. If the 20th century brought us the weekend, a 4-day week is plausible for the 21st. New technology must make work better, not worse. https://t.co/Dg67qfx7I5 #TUC150 pic.twitter.com/OEbBOzEBv9

Moreover, general sectary of the TUC Frances O’Grady has claimed that the advancement in technology and communication also causes work intensification. The TUC reported that its members were concerned about work-related stress due to technology being used by their employers. Employees felt that communication technology blurred the lines between work and private time. Moreover, employers can monitor and assess work performance remotely through software or other forms of technology.

As reported by BBC News, O’Grady’s speech centred around “higher wages [and] less time at work”:

"I believe that in this century we can win a four-day-working-week with decent pay for everyone," says TUC general secretary Frances O'Grady at #TUC150 https://t.co/4ixWy1WaSR pic.twitter.com/obs9YBH6rL

The Huffington Post reported that O’Grady was to say in her key note speech:

In the nineteenth century, unions campaigned for an eight-hour day. In the twentieth century, we won the right to a two-day weekend and paid holidays. So, for the twenty-first century, let’s lift our ambition again. I believe that in this century we can win a four-day working week, with decent pay for everyone.

O’Grady drew on Amazon as an example in her speech, due to its extensive use of technology to drive profit:

It’s time to share the wealth and stop the greed. Take Jeff Bezos. He runs Amazon – now a trillion dollar company. He’s the richest man in the world. He’s racking up the billions. But his workers are collapsing on the job

The TUC is not alone in its desire for a four day week. The Green Party also backs a four day week for workers to help improve employee wellbeing and prioritise their personal lives.

The Green Party backed a four day week in its 2017 manifesto. It committed to working towards “a green economy that works for everyone” which included phasing in a four day working week. The Green Party also suggested introducing a Universal Basic Income and increasing the Living Wage to £10 an hour by 2020.

Newly re-elected co-leader of the Green Party Jonathan Bartley expressed his delight at the TUC backing a four day week:

Great to see the TUC getting behind the @TheGreenParty proposal for a #4DayWeek It’s an idea whose time has clearly come! https://t.co/lsCd2tsvRx

More than four in five employees want to reduce their working hours – and we can make it happen. There's more to life than work.https://t.co/AIw0HAUgAt

Twitter showed mixed opinions on the proposal for the four day week. Similar to discussions around the Universal Basic Income, it was met by some with ‘pie-in-the-sky’ cynicism and scepticism.

One voter made a valid case for wellbeing and our place in the “machine”:

Great point! So great to see the TUC follow the Greens and support a campaign for shorter hours.

Bold and welcome move from @The_TUC regarding a four day week.

Some firms that have adopted a four day working week have reported higher productivity, a more committed workforce and healthier employees.

More firms should consider trials to see if this is successful. https://t.co/fvGJBD5Z94

And Executive Editor at the Independent, Will Gore, backed the idea despite being “no Corbynista”:

I'm no Corbynista – but even I agree we need to bring in a four-day working week | @willjgore https://t.co/QH1ikSx6bx

This Green Party policy is picking up momentum after the TUC put its weight behind it. In a world of work dominated by capitalism, the onus is on all parties of the left to get behind this ground-breaking proposal.

– Agree with the TUC? Consider joining a union.