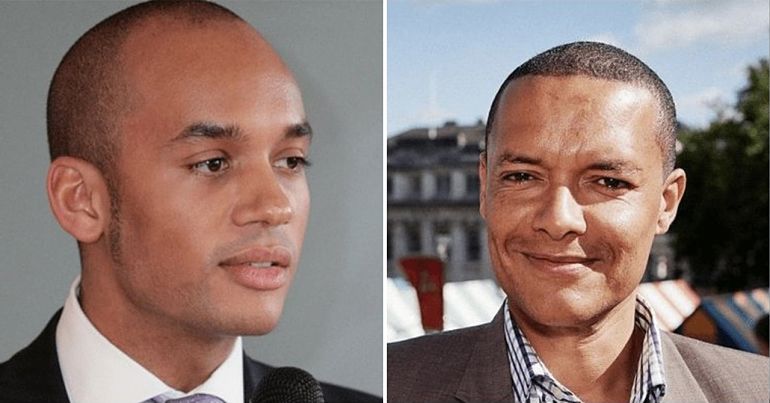 “Clive actually gets it”

Lewis brought a swift reality check to Blairite MP Umunna who recently referred to party members as “dogs”. The MP for Norwich South suggested that Umunna, other Blairites and establishment pundits behave like the party is a “Masonic lodge” and “run by an elite”:

I wouldn’t bother with #Marr personally. Just watch this from @labourlewis as it is probably the best thing you’ll see today. Clive actually gets it. pic.twitter.com/NKXJMkCUwt

In recent months, local Labour members have voted no-confidence in a handful of Labour MPs. Among those are Kate Hoey, Frank Field, Labour Friends of Israel chair Joan Ryan and Gavin Shuker.

While the votes are currently non-binding, proposals for ‘open selection’ will be debated at Labour’s conference in late September. Open selection would enable constituency members to vote for who gets the privilege of standing as a Labour Parliamentary Candidate, rather than party elites retaining the power to select who stands.

Speaking about such discourse, Lewis called [0.05] out the behaviour of Blairite MPs such as Umunna:

Elements of our Parliamentary Labour Party have spent the past three years in effect operating a scorched earth policy. They’re trashing the brand. And I think after three years of trying… to undermine… a twice democratically elected leader some members are at the end of their tether.

I’ve heard this described as ‘call off the dogs’… they’re not going around banging on MPs doors and grabbing them by the lapels. They’ve gone into a room, they’ve put in a motion… a vote has been taken and a motion saying ‘we’re unhappy with your performance, step up’ has taken place.

“We’re not a Masonic lodge”

The BBC host then asked:

But is the very act of these no-confidence votes not creating more divisions and infighting and distracting from the party’s aim of holding the government to account…?

I wish Chuka and some of the others had kind of considered that over the past three years. We’re not a Masonic lodge, it’s not run by an elite. We’re a democratic party. Those branches and those CLPs [Constituency Labour Parties], those members are entitled to put forward motions. I can’t say to them, John McDonnell can’t say to them: ‘don’t do this’, and wag their finger at them. They’ve spent three years watching this unfold and after three years, in a very polite manner, they’ve put forward some motions saying: ‘We’re unhappy with the way you’re performing. We want you to get behind this party and support the democratically elected leadership’.

Labour has a diverse membership of around 540,000 people. Yet right-wing Labour MPs are still attacking them as some kind of rabble. Umunna recently called Labour members “dogs”, Frank Field branded them “thugs” and Joan Ryan “Stalinists”.

What can we say? Democracy is always going to hurt the privileged elite. Lewis embodied the will of grassroots people on the BBC. And he shut down Umunna is the process. It’s rare to see such a refreshing intervention.

– Check out the Open Selection campaign.