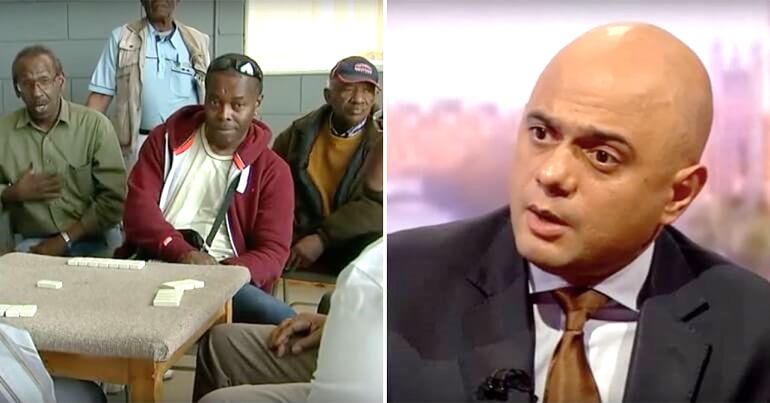 Home Secretary Sajid Javid has admitted that the government has no idea how many Windrush citizens have been denied NHS treatment. This comes only a week after it was revealed that three wrongly deported Windrush citizens died awaiting their return home to the UK.

WATCH: Home Secretary Sajid Javid admit that the Tories have no idea how many Windrush citizens have been denied NHS treatment. The scandal goes on and on. pic.twitter.com/54FEOOdykH

During the interview on the Andrew Marr Show, Javid struggled with questioning regarding the government’s treatment of Windrush citizens.

Marr spoke of Windrush citizens being wrongfully arrested and deported before outlining how else they’ve been mistreated, stating:

Javid responded, saying his government needs “to help them”. Marr then asked more specifically: “Do you know how many people… have been denied NHS treatment because of the Windrush scandal?”, to which Javid admitted he doesn’t know the number:

we don’t have an exact number on that, I wouldn’t even want to guess what that is

The Immigration Act 2014 required the NHS to clamp down on providing services for illegal immigrants.

The act pushes the NHS to check patients have the correct documentation to be in the UK legally. This is to ensure free healthcare isn’t given to illegal immigrants.

The Immigration Act 2014 and Theresa May’s hostile environment have denied NHS treatment to many members of the Windrush generation, including the three that had passed away waiting to return to the UK. Javid’s admission shows that despite claims he will help Windrush citizens, the Tories’ attitude continues to be callous and incompetent.

– Read more from The Canary on the Windrush scandal.