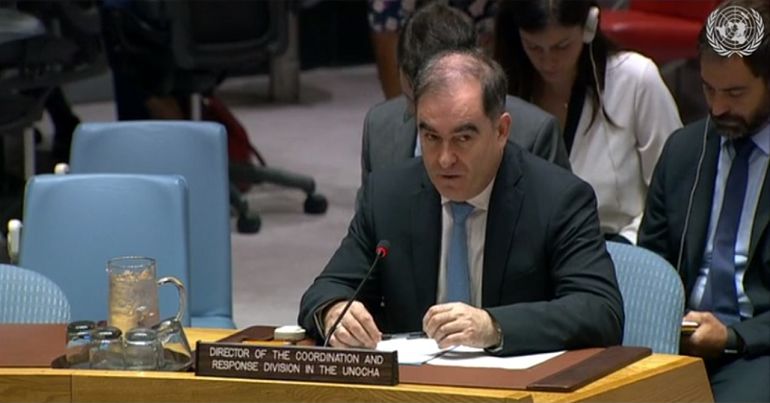 The UN warns of a catastrophe for the civilians in the Syrian region of Idlib if the government seeks to retake the rebel stronghold by force. But talks with the presidents of Iran, Turkey, and Russia have failed to produce an alternative to a military assault against the province. 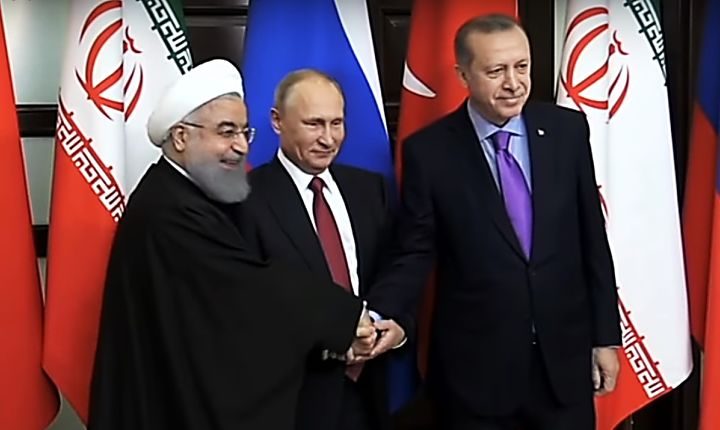 [and] follows a brand of Salafi-Jihadism…

3 million people live in the Idlib “de-escalation zone”, including parts of Aleppo, Lattakia, and Hama provinces.

UN humanitarian chief John Ging told the security council that any increase in fighting in the area, such as an attempt to take Idlib by force:

has the potential to create a humanitarian emergency at a scale not yet seen through this crisis.

And that a “worst-case scenario” will:

overwhelm all capacity to respond regardless of plans or funding made available.

The dangers are profound that any battle for Idlib would be […] horrific and bloody.

Idlib, a safe haven for refugees and for rebels

Idlib was declared a “de-escalation zone” during the Astana talks backed by Russia, Iran, and Turkey.

1.4 million of Idlib’s population are “internally displaced” peoples (IDPs) who depend on humanitarian aid, according to the UN.

IDPs fled to Idlib or were funnelled there by the state from other parts of Syria. This includes militants and their families who were transferred to Idlib as part of truce agreements, after being dislodged from eastern Ghouta and eastern Aleppo.

Dozens of civilians have reportedly been killed by airstrikes this month and last according to the UN, and the (UK government funded) Syrian Observatory for Human Rights.

The Observatory also reports dozens of civilians killed by rebel groups based in Idlib, in separate incidents, over the past week alone.

Turkey has long supported the HTS and the Free Syrian Army (FSA). In January this year, FSA rebels allied with the invading Turkish army to ethnically cleanse Afrin of its Syrian Kurdish population, and remove the Kurdish-led democratic government established there.

But Turkey has just designated HTS as a terrorist organisation, joining the US and EU.

According to the ICG:

Ankara has argued for a strategy of containment, giving it more time and space to separate Idlib’s so-called moderate opposition from transnational jihadists and to bring the region closer to a negotiated political solution.

Turkey’s shift in support for HTS may be part of an attempt to focus its attention on occupied Afrin.

Turkey also clearly fears a massive influx of additional refugees if the Idlib operation goes ahead.

There is no obvious solution for Idlib, given the large number of jihadist militants entrenched there and the unacceptably high cost of any attempt to remove them.

But the HTS, and the competing NLF, have arrested dozens of activists in August simply for expressing a desire for reconciliation with the government.

The state also seems less inclined to negotiate, now that it has an apparent opportunity to deal a ‘death blow’ against the rebels.

Stuck in the middle are nearly three million civilians.