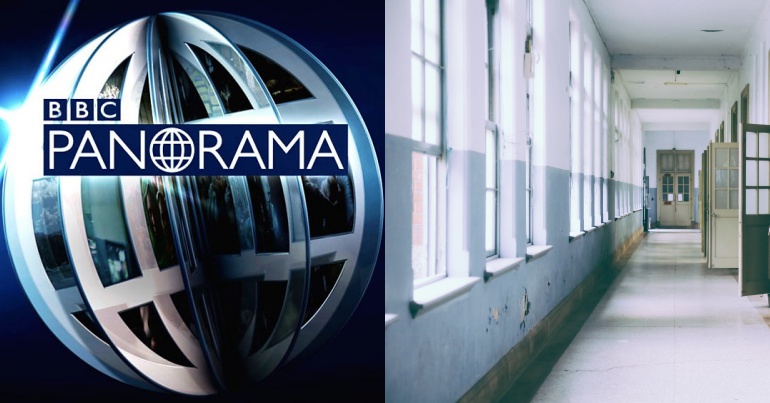 On 10 September, a hard-hitting investigation by the BBC‘s Panorama exposed the shocking scandal of school academies. It found that pupils are paying the price as some individuals profit from companies that now run thousands of UK schools. It was a brilliant exposé, but it only showed the tip of the iceberg.

Jewel in the Tory crown

Academies entered the UK education system in 2010 under the Conservative-led coalition. This move claimed to be:

a framework designed to promote innovation, raise school standards and increase levels of achievement for all children.

It was sold as a shift away from the ‘power’ of Local Education Authorities (LEAs). So a key difference was that schools could ‘choose’ central government funding.

But many schools faced an impossible choice. Because the government slashed LEA funding in areas where some chose to become academies. Others had no choice since they were forced to become academies if Ofsted rated them “inadequate”.

This led to the rise of Multi Academy Trusts (MATs) running several academies. In short, it opened the door to school privatisation. And it laid our education system wide open to abuse.

The implications for pupils and teachers are terrifying. Because it found that Bright Tribe, run by Michael Dwan, had claimed vast sums of public money for vital maintenance. But although Dwan denies this, it emerged that much of the work wasn’t done. This included fire safety:

UNISON played a key role in the Panorama investigation. It said:

the latest revelations highlighted by Panorama raise important questions about the use of public funds, the ability of the academies regulator to protect taxpayers’ money and the lack of funds the regulator has to do its work.

Because many, including UNISON have been raising these concerns for several years:

?? People are rightly angry after watching tonight's #Panorama on academies. Our head of education Jon Richards told the BBC: "we warned [the government] 3 years ago… alarm bells should have been ringing all the way through this process". Catch up ? https://t.co/4Dkf6VKwcf pic.twitter.com/aoNrM831Eq

But the issues with academies go far, far deeper.

The issue is epitomised by the fact that until 31 August, Lord Agnew – the Conservative minister for academies – was also the trustee of another controversial academy trust. Agnew’s ministerial responsibilities “include academies, multi-academy trusts and free schools”.

In 2012, Agnew set up the Norfolk-based Inspiration Trust. Since taking his role in the Department for Education (DfE) in 2017, Agnew has faced continued criticism for potential conflicts of interest, because he remained a trustee of Inspiration. Yet in response to these concerns the DfE:

refused to say what steps a minister who oversees academies while remaining a trustee of a controversial academy trust has taken to avoid conflicts of interest.

In 2017, Agnew blocked moves for Ofsted to inspect MATs. He also defended the huge pay rises given to MAT heads. Dame Rachel de Souza, chief executive of Inspiration, earns around £155,000 for running a trust has been mired in controversy. In August, Agnew finally cut links with the trust.

And although the Panorama programme focused on Bright Tribe, this is only one academy trust of many that have engaged in dubious financial activities. In August, St Neots Learning Partnership in Cambridgeshire was also questioned about “potential conflicts of interest in recruiting staff” and “ineffective financial management and governance”.

In fact, concerns that too many “failing trusts are stripping assets from their schools” are widespread. But millions of pounds from government funds haven’t stopped flowing. Yet as these companies seek to profit, schools are also at breaking point caused by consistent Conservative education cuts.

Yet a London School of Economics report also found that schools run by MATs “have no freedom” because:

Decisions… in academies – [are] now often taken by ‘trustees’, whose appointment remains opaque, and through processes that are not subject to rules on openness which apply across other areas of public life…

This again is a transparency issue, and opens the door to possible abuse of funds.

In light of the Panorama exposé, UNISON and many others have demanded change. Labour’s shadow education secretary has promised to end “this malpractice”. Labour has also now called for an “urgent and independent inquiry” following these revelations. Angela Rayner told Schools Week that the allegations raised by Panorama:

raise serious concerns about accountability to governors and parents, and government oversight of taxpayers’ money…

Ministers themselves have serious questions to answer about their own role, and their continued refusal to release key reports and information.

Academisation is the epitome of all that is wrong with neo-liberalism and the profit-led destruction of our vital public services. Greed-driven privatisation is breaking our education system, along with the welfare system and the NHS.

Everything starts and ends with education. The next generation of children is our future, and we cannot let profit-driven megalomaniacs anywhere near schools.

Featured images via BBC and Pixabay