While the Guardian worried about quinoa, voters had something very positive to say about Labour - Canary Workers’ Co-op 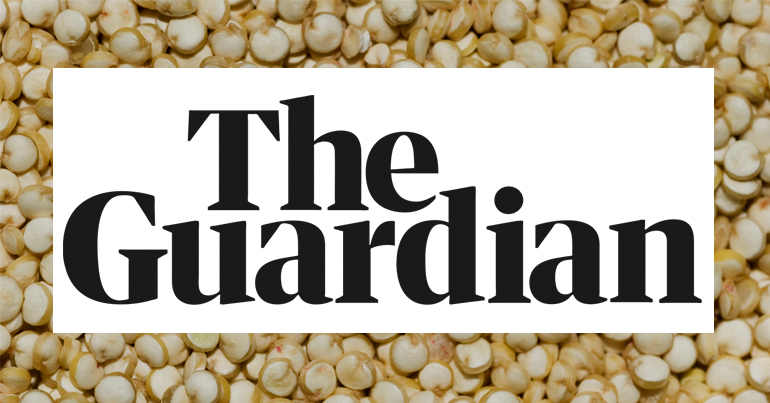 The Guardian reported on 10 September that Labour is now viewed as “the party of quinoa and student protests”. But people on social media weren’t having any of it.

From pie to quinoa

One question asked participants what food Labour would eat if it was a person. A common answer, the Guardian reports, was “fancy grain” quinoa. Speaking to the paper, Britain Thinks director Deborah Mattinson said:

It was so striking that what people said to us was: Labour used to be working class, it used to be a pie and a pint – it’s now a protesting student. It used to be someone playing the bingo; now it’s someone going on a demo.

In the same study, the Conservatives were described as a “doctor, well educated” and would cook lamb shank on Come Dine With Me. But, as the Guardian mentioned at the end of its article, twice as many of those surveyed saw Labour as being “in touch with ordinary people”.

And users of Twitter have taken the Guardian to task over this apparent bias.

Some have picked up on what they see as a misinterpretation of data:

Has something gone a bit wrong with either the numbers or your interpretation of them in this para?? @BBCMoreOrLess pic.twitter.com/roUgVnhYTJ

(1)One single participant in a "Britain Thinks" focus group in Crewe said Labour had gone from "Pie & a Pint" to "Quinoa" (tbh they sound like a very Waitrose LibDem ) this was transformed by the Guardian into "research with swing voters". pic.twitter.com/EQrPYomh6r

And others attempted to break down the idea that quinoa is inherently anti-working class:

One pointed out the conflicting accusations against Labour in the establishment press:

You see the problem with incitement is this. Labour Party members r accused of being type of Quinoa eating Islington Luvies who dont understand the WC. Whilst on the other hand they are the Fourth Reichs stormtroppers. Now as far as can see neither true! Pissed of with Austerity

While many were prosaic in their criticism, seeing the piece as the Guardian taking a chance to have a pop at Labour:

Second main story on Guardian website. They are determined to keep away from policy and keep trying to attack Labour with a facile shallow narrative. @GuardianHeather@AaronBastani

This is it! The Guardian is effectively admitting that it has run out of ways of bashing the Labour Party. Never mind the quinoa, let's end austerity and neoliberalism! #nevermindthequinoa #beyondneoliberalism https://t.co/VHztOo0RVH

The @guardian getting increasongly ridiculous with its daily @UKLabour hatchet jobs. The sad demise of a once decent paper.

The news didn’t put one person off, though. In fact they celebrated the news:

I like quinoa. So frankly, this is one of the best things I've read about Labour all summer. Forward!

Great news for @UKLabour supporters – we sell #quinoa and it’s Made in Britain! ?

Quinoa has had associations with a middle-class hippie lifestyle since its popularity hit critical mass in the early 2010s. Its popularity with vegan and wholefood consumers became a point of contention. Technically a seed, quinoa’s popularity in the West has masked a number of ecological and social issues for its producers. As a result, quinoa is used to ridicule a sort of self-obsessed, uncaring, middle-class personality.

The Guardian’s attempt to lead the story with this connection simply hands Labour critics and the right yet another tool for criticism, even if it’s based on a shaky view of the data. But the public aren’t fooled by the narrative, and the Guardian isn’t getting away with it.

– Join The Canary so we can keep holding the establishment media to account.