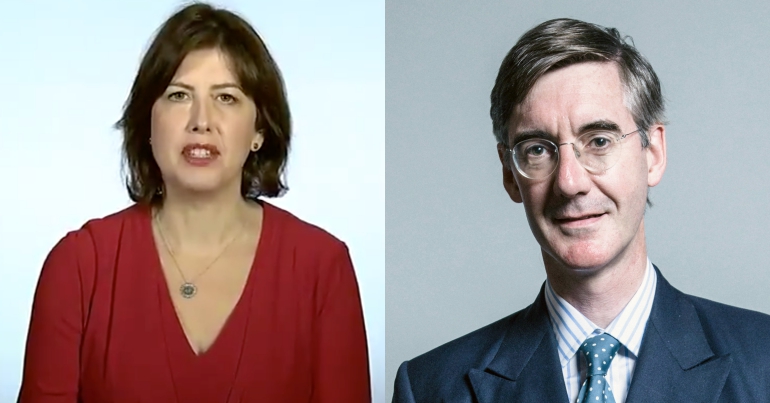 A Labour MP has had a truly terrible idea. In fact, it’s such a bad idea that even Jacob Rees-Mogg is supporting it. Lucy Powell is planning to introduce a bill to “tackle online hate, fake news and radicalisation”. So far, so good. But in order to do this, she believes the answer is to ban “secret” online groups with over 500 members.

The bill is being launched with crossbench support. Amongst its supporters are Rees-Mogg, Nicky Morgan and Anna Soubry.

Secret groups are closed groups that exist on platforms such as Facebook. They don’t show up in searches and can only be accessed by people in the group. Writing in the Guardian, Powell explained that:

Because these closed forums can be given a “secret” setting, they can be hidden away from everyone but their members. This locks out the police, intelligence services and charities that could otherwise engage with the groups and correct disinformation.

Luckily social media users exercised their freedom of speech to tell her why this is such a bad idea:

You’re talking about stopping people being able to form private groups online, though. How is that different from banning free association irl? It’s just not the same as publishing. And presumably this would need to cover e.g. WhatsApp groups of MPs to be consistent

Absolutely impossible to enforce (although Twitter and Facebook could do a much better job) and what about groups set up as safe spaces. What about victims of domestic abuse seeking private advice or people seeking advice and support coming out as trans or gay?

Other people pointed out how ridiculous the notion was given the nature of many private groups:

Didn't realise that the closed knitting group I'm in with members of over 50k from around the world was such a hateful place. You've not thought this through have you.

I'm in a closed group on Facebook that discusses how much we love David Suchet in Poirot. i didn't realise we were all being radicalised.

Powell’s bill plays into the use of meaningless words like “extremism” and “radicalisation”. Extremism is not defined under UK law. But it is widely known that it includes environmental campaigners, anti-fascists, and anti-arms trade protesters. The UK police run a domestic extremist database. Those included on it include journalists, politicians and protesters who’ve committed no criminal offence.

This terrible proposal would further inhibit the kind of private, collective discussion and decision-making that is so fundamental to legitimate campaigners' ability to organise effectively and that is impossible when under constant online police and corporate surveillance https://t.co/4j4quUj1ZR

And as many people pointed out, there is an issue with who gets to decide which groups are acceptable:

You say in your speach you want to monitor and censor misguided medical advice in a forum for parents. What power could let you do this that wouldn't allow you to censor private groups of abuse survivors, queer people, etc. etc.

The media is so wonderful. Honest.

In her speech to parliament, Powell stated:

Our newspapers, broadcasters and other publishers are held to high standards, yet online groups, some of which have more power and reach than newspapers, are not held to any standards, nor are they accountable.

It is, however, somewhat ambiguous as to what those “high standards” are. Following the spike in hate crime during and just after the Brexit referendum, the European Commission against Racism and Intolerance accused the tabloid press of using “offensive, discriminatory and provocative terminology”.

A point many on social media also noted:

When I see the Sun and the Daily Mail held to account for their abusive headlines, I will agree with you going forward with this @LucyMPowell , at least in the groups and forums one can say what they like, I cant tell the Editor of the Sun or Mail anything #MandatoryReselection

And as others highlighted, hate is not confined to closed groups:

It doesn't particularly matter for spreading those views whether the group is closed or open – Britain First was never closed for example, nor was the FB page for the BNP or UKIP or many many others. People can leave groups if they dislike the content.

From the practicalities of enforcement to ideology, this is a truly terrible idea. Online hate needs to be condemned and addressed. But banning groups and censorship is not the answer. Powell needs to rethink. If nothing else, Rees-Mogg’s support of her bill should tell her everything she needs to know.