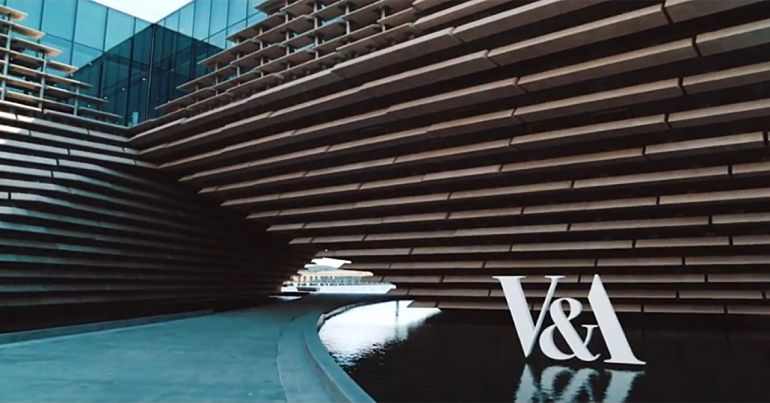 I moved from Glasgow to Dundee in the spring of 2018. I’ve found it a great place to live because of its residents’ friendly nature. Described as ‘up and coming’ by its inhabitants, Dundee has never looked more aesthetically appealing they say. I find the phrase ‘up and coming’ unhelpful as it insinuates unhappiness in a location’s current form. It’s used to attract private investment or coax homeowners, but ‘up and coming’ areas can just as quickly go the other way.

Dundee is in vogue

However, the connotations of Dundee’s vast improvement are echoed in the media. The Wall Street Journal named Dundee Scotland’s “coolest city” in 2017 and Lonely Planet listed it as one of the top ten places to visit in Europe. The fashion magazine Vogue tipped it as a top travel destination to ‘eat, stay, drink and shop’. Dundee might be in fashion, but that is largely thanks to the opening of the V&A Museum of Design and extensive regeneration of the waterfront. The V&A will open its doors on 15 September.

It has caught the attention of the mainstream press and lifestyle magazines. But I argue tourism will not be enough to overcome Dundee’s post-industrial woes in the age of austerity.

Just to be clear, I am excited about the V&A

Before I go any further, I want to be clear. I’m excited about the opening of the V&A Museum of Design and I supported the development of the waterfront. I’d like to put on record that I support the community integration projects that the V&A has pioneered in and around Dundee. It has been inclusive and inspiring, bringing the spark of creativity to every social group in Dundee. I’m also confident that the influx of tourism will have some positive impact for Dundee city centre and its local small and medium businesses. However, I fear that the biggest winners from tourism will be the large national and multi-national corporations such as hotels, hospitality and retailers.

The UK government’s austerity regime is undermining the efforts to improve Dundee and overcome its social problems.

In Dundee, the unemployment figures are much higher than the Scottish average, according to NOMIS 2018. Among those of working age, only 67.3% of Dundonians are ‘economically active‘. This is less than the Scottish average of 77.6%. In Dundee, over a quarter of households are workless (25.8%), compared to Scotland’s average of 18%. This may contribute heavily to Dundee’s issues of drug and alcohol abuse and homelessness. It also contributes towards the dependency on benefits.

Dundee has a high population of workers in sectors highly affected by austerity, such as social work, health, education and public administration. These workers make up nearly 41% of Dundee’s workforce as opposed to Scotland’s average of 30.5%. For Dundee, this is significant as many of these areas have seen job cuts or little investment since 2010. The austerity regime brought in by the Conservative and Liberal Democrat coalition has decimated Dundee’s core employment sectors.

How a tourist-based economy won’t overcome this

Dundee City Council seems to have pinned a lot of hope on tourism, hospitality and creative industries to improve local employment. In its City Plan for Dundee 2017-2026, it pens these sectors to provide a solution to the city’s unemployment:

The regional approach is to focus our activities over the next 20 years around a number of key sectoral strengths; life sciences, healthcare, digital technology, tourism and hospitality and creative industries

With digital technology and life sciences aside, Dundee City Council seems to be clinging onto a sector that has the lowest pay and the most precarious working arrangements. An economy built on tourism and the service sector is not the way for Dundee to overcome its unemployment.

As reported by the Guardian, new hospitality employers have signed up to make the hospitality industry linked with the waterfront development pay fairly. Director of planning for Dundee City Council Mike Galloway said:

At the outset we wanted the hotel groups and the contractors to agree to hire locally and to pay the real living wage. There was some initial resistance to this but everyone has now signed up and seen the benefits of doing this.

However, Galloway failed to give details of whether the use of zero hour contracts would be prohibited. Moreover, it’s unclear if the council enforced these terms onto new employers. It would appear to be a voluntary ‘agreement’. I feel many hospitality employers may ultimately resist paying the real living wage, particularly if this ‘agreement’ will hinder profit.

For Dundee, the news of the V&A museum and waterfront development has brought it into the spotlight. However, the new Social Security Scotland office being built in Dundee could be even better news. This brings with it over 1,500 public administrative jobs. As reported in The Courier, the Scottish Parliament will take control of 11 benefits in 2021 and the main office will be located in Dundee. This move could see the end of controversial benefit sanctions and a shift towards a more progressive welfare system. By doing so, unemployed benefit claimants could still participate in society and therefore be more likely to find employment.

Dundee City Council is also hoping to make the Port of Dundee a hub for the decommissioning process for the oil and gas industry. It claims the port could be “the predominant decommissioning ‘capital’ for the UK” and provide semi-skilled and highly skilled jobs. For the residents of Dundee, it’s clear that public sector jobs and Scotland’s shift to renewable energy will provide quality jobs for the future. However, this will only benefit Dundee if locals are given the employability skills to compete for the jobs, or incentives are put in place to employ locally.

20 years in the making

The waterfront development has been 20 years in the making. But the austerity regime has hit Dundee’s biggest employment sectors. And the Department for Work and Pensions has punished the most vulnerable. The UK government may have contributed to the Tay Cities Deal. But it has contributed to the decline and unemployment in Dundee through austerity.

Dundee needs a prosperous and stable economy, underpinned by public sector jobs and a shift to renewable energy. It doesn’t need an economy built on the service sector and precarious working arrangements. Dundee needs a progressive welfare package to allow claimants to participate in society and encourage them to secure employment. I’m hoping that the new Social Security Scotland will provide that also.

Dundee might be ‘up and coming’ but it needs the UK government to drop austerity so it can stay on its upward trajectory, one encouraged by the Scottish government and its agencies. So the V&A might be the jewel of the waterfront development but Dundee needs more than just a new museum and tourism.