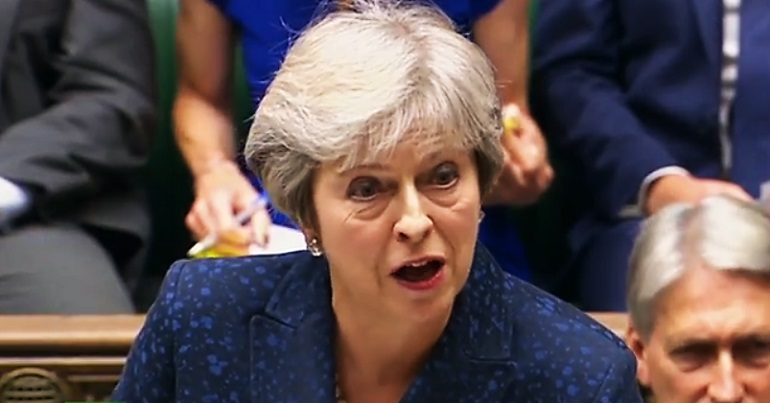 At Prime Minister’s Questions (PMQs) on Wednesday 12 September, Jeremy Corbyn accused Theresa May of failing “everywhere”. Right afterwards, and right outside, there was even more trouble brewing for the PM. It came in the form of a group of angry ‘suffragettes’ – who were highlighting another of her failings.

Hundreds of people descended on Parliament Square in a protest over fracking. Around 100 women, dressed as suffragettes to mark 100 years since some women won the vote, gathered with banners, placards and their voices. They were telling the government ‘no’ to fracking:

The people of Lancashire have been at the forefront of the fight against fracking. Their protests have often been impassioned, but also inventive. On Wednesday, people had clear views about why the government should be forced to abandon its plans: 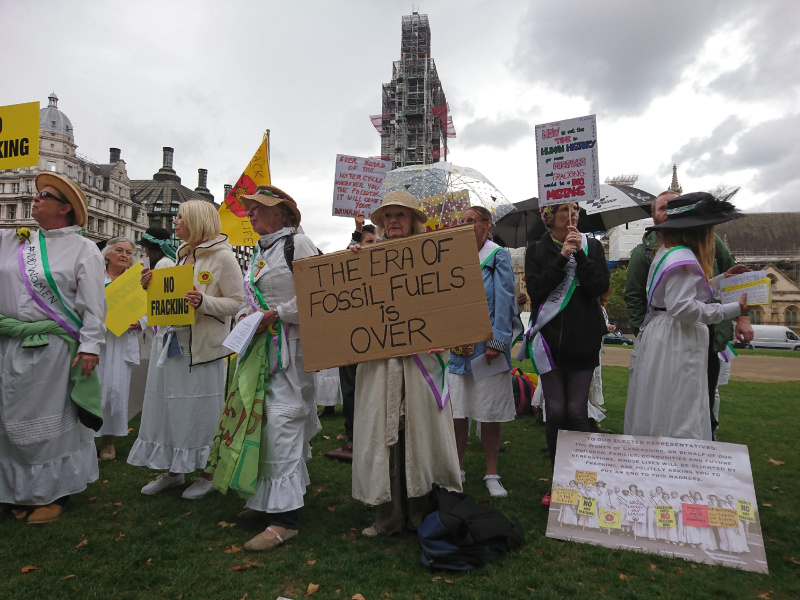 The protesters unfurled a large banner: 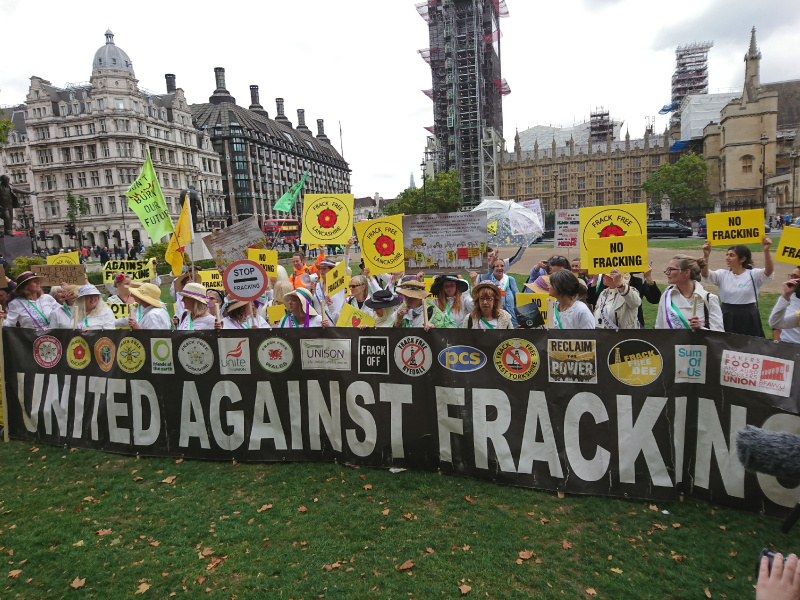 An impromptu version of Hubert Parry’s Jerusalem broke out; highlighting the irony in this ‘green and pleasant land’: 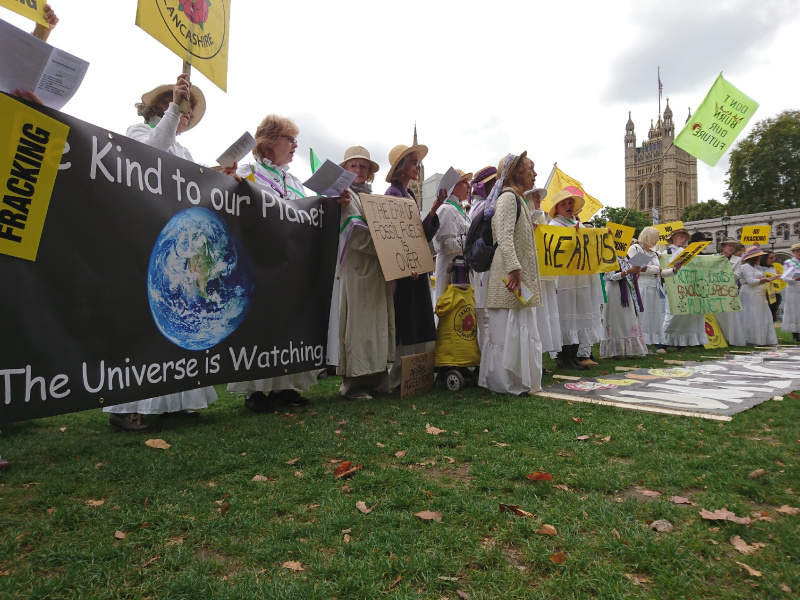 And the rain didn’t stop people coming out: 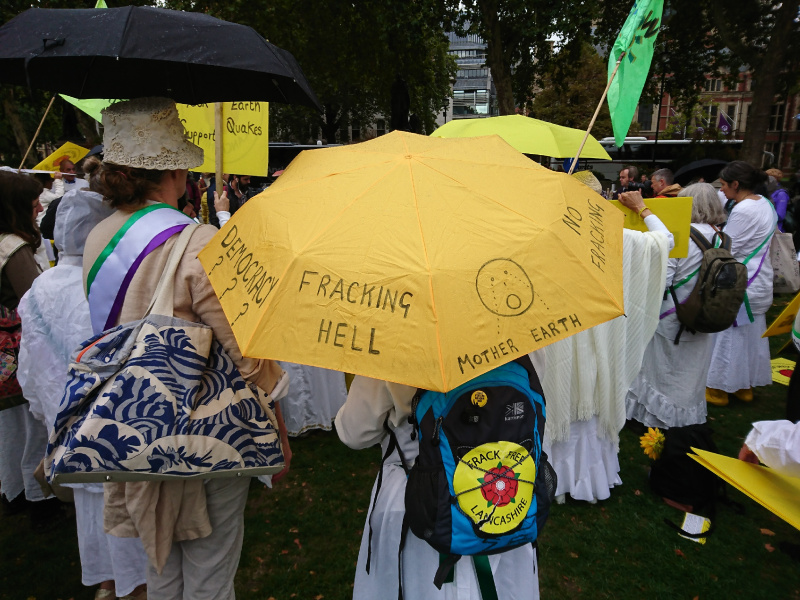 Speakers included Green Party MP Caroline Lucas. She told The Canary there’s one thing everyone can do to oppose fracking:

I think the tide is turning on this. We’ve just had a debate… where there were plenty of MPs from the Conservative Party who are taking the minister to task themselves. So… people can contact their MP, no matter what party they’re from…

The protest represented the views of many people up and down the country. Because fracking is turning into one of the hottest topics of the decade.

But the fracking industry is controversial. Campaigners are against it; not least because of its contribution to greenhouse gas emissions. It’s been linked to polluted drinking water and earthquakes. Studies have also shown links to low birth weights, premature births, and a possible increased risk of breast cancer.

In Lancashire the issue of fracking has been high profile, with the company Cuadrilla’s site at Preston New Road being at the eye of a political storm. The government signed off on Cuadrilla being allowed to frack there in July. This came after a statement by the government in May, then a policy paper also in July, effectively giving the green light for fracking up and down the country. But the opposition from locals has been robust.

There’s something everybody can do… you can write letters… phone up radio shows… But I would say the biggest thing… you can do is write to your MP.

With the government’s increasingly dogmatic position, it seems inevitable that more and more protests will happen. And they need to, because as Lucas noted, the tide could well be turning against the government and fracking. So, if you’re not near a fracking site – write to your MP and tell them your objections to this dirty industry.

– Write to your MP with your concerns about fracking.

– Stay up to date with fracking news from Drill Or Drop.