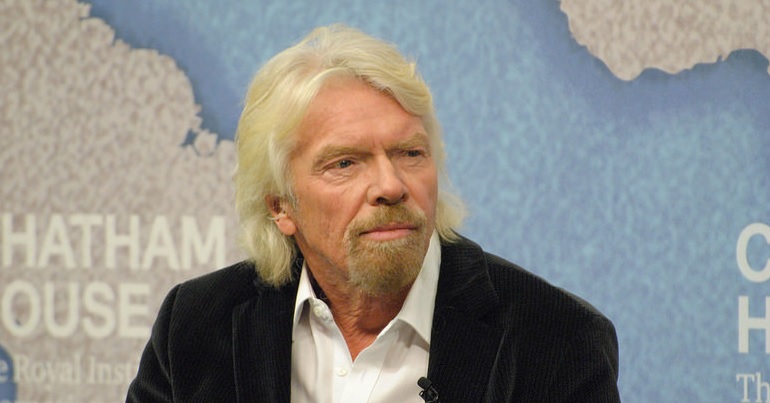 On Twitter, Richard Branson lamented that his pet peeve is “people turning up late”:

There’s very little that annoys me in life, but people turning up late really does. Punctuality shows organisation and respect for others https://t.co/n2jD8Qh43b pic.twitter.com/tc32RFnW3N

In fact, Branson dedicated a whole blog post to how much “people turning up late really does irritate me”.

“Have you ever been on one of your bastard trains?”

Enter Virgin Train users, who lined up to remind the billionaire about his own services:

After East Coast was privatised to Virgin, punctuality fell from 82% to 73%. https://t.co/TFZdtlw7eM

About 30% of the times I’ve been late it’s been because of one of your trains mate. https://t.co/RouHHRBHX1

Virgin Trains East Coast had the highest number of delayed trains in 2016-17 – almost double the second worst offender – which was Virgin Trains West Coast. For the former, 3.7% of trains were late. And for the latter, it was 2%.

The third worst offender was CrossCountry trains, of which 1.1% were late. That marks a significant improvement on Virgin’s services.

But, as Virgin Train users pointed out, the man running the franchise says lateness shows a lack of “organisation and respect for others”. He doubled down, saying his father once asked him:

Is your time so much more important than everybody else’s here… ?

When I was late as a teenager my father asked me: “Is your time so much more important than everybody else’s here, that you can so casually be late?” https://t.co/n2jD8Qh43b pic.twitter.com/afrmIAgTJi

Privatised railways like Branson’s Virgin Trains are a con. This is because the fundamental argument for privatisation falls apart. There can be no competition when it comes to railway services – a company cannot just decide to build a new track smack bang across a city. In other words, train lines are a natural monopoly that rich people like Branson can exploit for easy money.

Private companies can cut back spending to increase profits. This comes at the expense of passengers and staff, but with little backlash.

And when we buy tickets, they are unnecessarily expensive. A comparison of privatised British fares with other predominantly public EU rail services shows the impact of privatisation on our pockets. Commuters between Luton and London St Pancras, for example, spend 14% of their monthly earnings on train tickets, according to a report from Action for Rail. That’s for a £387 monthly pass. Compare that to £61 (2.4% of average monthly wage) in France or £62 in Italy (3.1%) for a similar journey. The difference? We are handing money to distant shareholders rather than reinvesting profits in cheaper fares and better working conditions.

Trains could be publicly owned with staff and passengers on the board, instead of shareholders.

Jeremy Corbyn’s Labour Party has pledged to bring railways back into public ownership. Meanwhile, the Conservatives seem ideologically committed to privatisation, no matter what the strikes or cost.

Elites like Branson would lose out. But at least the billionaire wouldn’t be made late by his own train services. What in god’s name would his father say?