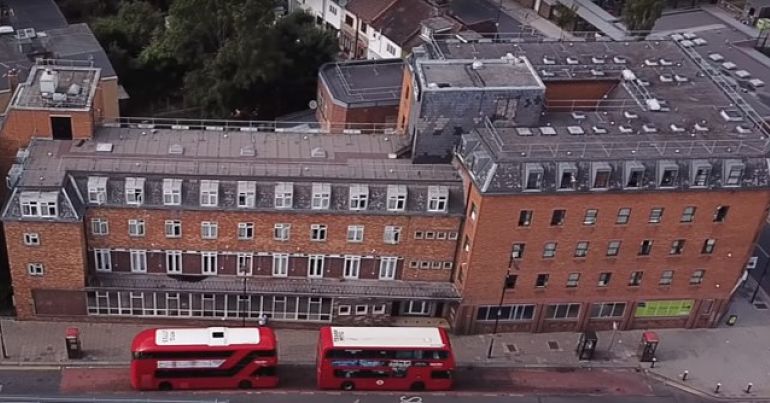 A BBC investigation has revealed the shocking conditions of a YMCA homeless hostel in Haringey, North London.

The revelations of drug abuse, violence, and under staffing are unfortunately not an exception. Instead, they are symptomatic of homeless hostels across the country.

The YMCA is “the largest provider of supported and safe accommodation in England for young people”. Its Haringey hostel is the biggest in the borough, providing 154 beds to “young people aged 16-35”. Its website states that the hostel’s aim is to help:

disadvantaged young people, aged 16-35, who are homeless or in housing need, to achieve the transition from dependence to independence.

This is achieved through offering services such as “training, personal development, guidance and job searching facilities”.

But a BBC investigation uncovered a very different story. It revealed a hostel where “crime is rife”, including “three rapes and two stabbings in the last two years”. Former residents complained of dreadful conditions and declining mental health. And 36 staff have left in the last two years.

In response to the BBC‘s investigations, the YMCA stated:

The YMCA are sorry to hear residents feel they are paying for support they are not receiving.

It told the BBC that:

it’s a charity trying to make the best of limited resources and it’s continually investing in the hostel.

But a former member of staff was scathing in her assessment of the hostel’s performance:

The BBC documentary paints a picture of a hostel which is chronically understaffed and thus unable to control residents, let alone provide the kind of support needed to help them improve and move on with their lives.

But this isn’t an unusual situation. As senior research fellow at Heriot-Watt University Beth Watts recently tweeted, while some hostels are better than others, all “are wholly unsuitable places to live a flourishing, balanced, happy life”:

Reflections from fieldwork today: some hostels are way way better than other hostels. All hostels are wholey unsuitable places to live a flourishing balanced happy life. #homelessness nothing new, still important

Government funding cuts have hit hostels hard, with bed spaces dropping “by almost a fifth since 2010”. And FOI requests by Inside Housing revealed that:

These cuts hit single homeless support services hardest. This means that many hostels actually facilitate issues such as drug and alcohol addiction, rather than helping residents grow and improve. Paul Jones, a homeless man from Bristol, told the Big Issue that he avoids hostels because:

There’s 18 people packed in one big room. It’s chaotic, and there’s a lot of drugs and alcohol going on, which I really want to keep away from. I never really felt comfortable there at all.

Matt Thomas, a Big Issue seller from Oxford, described how:

In a lot of the large hostels they are really just warehousing homeless people. People seem to get stuck in the system indefinitely.

And a homeless couple in Wales told the BBC that they would rather sleep rough than in a hostel “due to temptation of drugs”.

Hostels play a key role in England’s approach to tackling single homelessness. They are meant to provide a safe space and support to people often suffering from drug and alcohol abuse and/or mental health issues, helping them to become ready to live independently.

But instead, funding cuts have meant many are dangerous and volatile environments which accentuate vulnerable people’s worst habits. The conditions at the YMCA in North London are shocking, but we should not be shocked. This is a national issue.