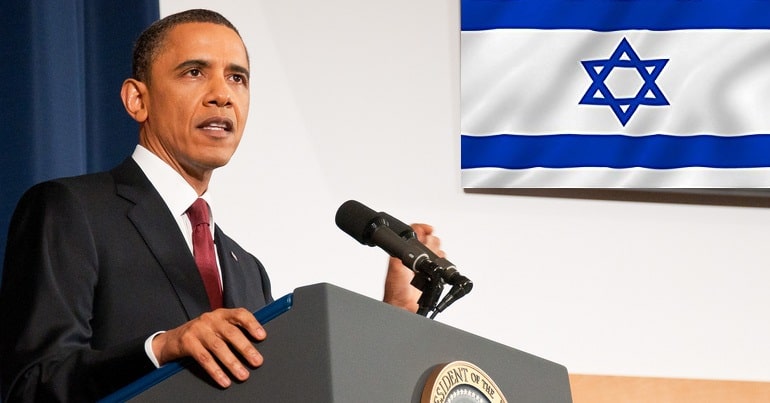 A new document asserts that the unnamed Israeli official conspired with US lobbyist Paul Manafort to spread antisemitism claims in 2012. The information comes from a plea deal, which is part of attorney Robert Mueller’s investigation into Russian influence in the 2016 US presidential election.

Manafort was Donald Trump’s campaign chair. As part of the deal, Manaford has pleaded guilty to two criminal charges including “conspiring to defraud the US”. The criminal charges don’t concern Russian links to the Trump campaign. It is currently unknown whether Manafort will provide information relating to the Russia investigation as part of his cooperation with Mueller’s inquiry.

Manafort sought to influence Jewish people who support Obama. In coordination with the Israeli official, Manafort spread antisemitism claims against a senior cabinet official in the Obama administration. According to the document, Manafort alleged that the senior Obama official was:

supporting anti-Semitism because the official supported Tymoshenko, who in turn had formed a political alliance with a Ukraine party that espoused anti-Semitic views.

There was a Ukrainian presidential election in October 2012. And Manafort’s client was the sitting government. The opposition leader was Yulia Tymoshenko.

Manafort’s aim was to “undermine United States support for Tymoshenko”, according to the document:

He orchestrated a scheme to have, as he wrote in a contemporaneous communication, ‘[O]bama Jews’ put pressure on the [Obama] Administration to disavow Tymoshenko…

The document went on to state:

With “secret advance knowledge” of the statement, Manafort spread it in the US media. According to the document, he wrote to an associate:

I have someone putting it in the New York Post. Bada bing bada boom

The Israeli official is unnamed. But Israeli media outlet Haaretz notes that in October 2012 Avigdor Lieberman published a statement accusing the Ukrainian opposition of antisemitism. Lieberman, who was foreign minister at the time, received coverage of the statement in various US media outlets, such as the New York Times.

Currently defence secretary, Lieberman denied “that he had ever met with, spoken to or worked with Manafort”.