While the Tories cash in on racism, Jeremy Corbyn is sending out a message of hope - Canary 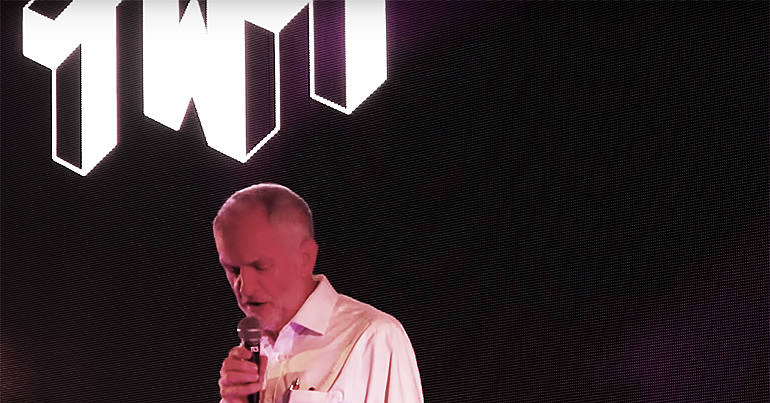 Jeremy Corbyn just ripped through the evils of racism to deliver a message of genuine hope to a rapt audience in Liverpool.

And while the Conservatives continue to use xenophobic policies and racist rhetoric to shore up votes, the Labour leader’s intervention couldn’t be more timely.

Say no to racism

In his speech at Momentum’s The World Transformed (TWT) conference on 24 September, Corbyn hit out at the dangers of scapegoating minorities:

This is how we take on all those who seek to divide us.@TWT_NOW #Lab18 pic.twitter.com/injUmA48mP

The Labour leader didn’t directly say who “those seeking to divide” were. But his speech came only hours after shadow home secretary Diane Abbott labelled the Tories “the party of racism”.

And looking at Theresa May’s ‘hostile environment’ policies, Boris Johnson’s Islamophobic comments, and Sajid Javid’s continuation of the Windrush deportations, it’s not hard to see why.

Corbyn stressed that whipping up hatred wouldn’t achieve concrete gains for society. For him, unity was the only way to improve Britain:

Together, we can win

And praising the bottom-up organisation behind TWT, he pressed home why solidarity was so important in modern-day politics:

And it’s people with imagination, hope, ideas, and that creative ability to organise with others that does transform our society, does transform our world, and does show popular movements coming together, united for social justice, are so much more powerful than anything that tries to divide us with the super-competitive neoliberal economics.

In Liverpool, Corbyn delivered a message of real hope for the millions of Britons who have long waited for a truly progressive answer to the UK’s ills.

We are in a time when centrists are pandering to prejudices. They often offer little more than empty platitudes to the systemic problems facing the UK. And this is while leading Conservatives like Jacob Rees-Mogg and Boris Johnson pull the Conservative government ever further to the right.

The UK is having an identity crisis, and Corbyn’s message is an urgent one. Racism won’t solve our problems. But solidarity could.