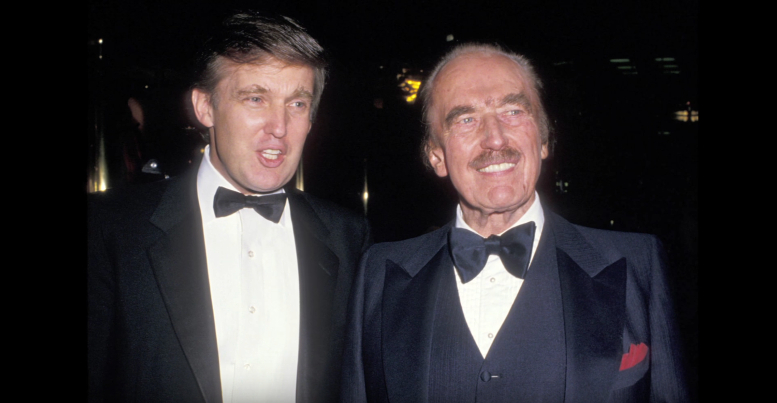 US President Donald Trump has worked obsessively to cultivate an image of himself as a ‘self-made man’. But one of the country’s most prestigious newspapers has now brought this narrative into serious doubt.

Reaping riches since the age of three

On 2 October, the New York Times published a ‘Special Investigation’ article titled Trump Engaged in Suspect Tax Schemes as He Reaped Riches From His Father. The article details how, far from having amassed his (allegedly) huge fortune entirely from his own hard work, Trump actually inherited hundreds of millions of dollars from his father, beginning at age 3.

As the article states:

Mr. Trump received the equivalent today of at least $413 million from his father’s real estate empire, starting when he was a toddler and continuing to this day… By age 3, Mr. Trump was earning $200,000 a year in today’s dollars from his father’s empire. He was a millionaire by age 8.

Through an extensive investigation into financial records, the article also reveals that tax-dodging mechanisms made receiving so much wealth possible. It adds:

Much of this money came to Mr. Trump because he helped his parents dodge taxes. He and his siblings set up a sham corporation to disguise millions of dollars in gifts from their parents, records and interviews show. Records indicate that Mr. Trump helped his father take improper tax deductions worth millions more. He also helped formulate a strategy to undervalue his parents’ real estate holdings by hundreds of millions of dollars on tax returns, sharply reducing the tax bill when those properties were transferred to him and his siblings.

According to the authors of the investigation, Trump and his siblings received “well over $1 billion” from their parents. Under the then-standard 55% tax rate levied on inheritances and other gifts, the Trump family should have paid around $550m in tax. But because of shady manoeuvrings, the family paid only around $52m, roughly 5%.

The article also contradicts Trump’s claim that he made his own fortune based exclusively on a one-off million-dollar loan (which he claimed he had to pay back with interest). The article states:

Fred Trump was relentless and creative in finding ways to channel this wealth to his children. He made Donald not just his salaried employee but also his property manager, landlord, banker and consultant. He gave him loan after loan, many never repaid. He provided money for his car, money for his employees, money to buy stocks, money for his first Manhattan offices and money to renovate those offices. He gave him three trust funds. He gave him shares in multiple partnerships. He gave him $10,000 Christmas checks. He gave him laundry revenue from his buildings.

Eating from the government trough

And perhaps most damning of all for Trump’s political credibility, the article also documents how both Donald Trump and his father Fred benefited enormously from government spending. Fred reportedly launched his business on “a growing wave of federal spending on housing.” As the article states:

Fred Trump would become a millionaire many times over by making himself one of the nation’s largest recipients of cheap government-backed building loans… Those same loans became the wellspring of Donald Trump’s wealth. In the late 1940s, Fred Trump obtained roughly $26 million in federal loans to build two of his largest developments… Then he set about making his children his landlords.

In other words, Donald Trump has the very federal government spending that he rails against to thank for a large part of his and his family’s fortune.

The findings are similar to those of investigative reporter Wayne Barrett, who chronicled the life of Donald Trump since the 1970s. In an interview with Democracy Now! in 2016, Barrett insisted: “It’s so ridiculous for him to call himself a self-made guy.”

The report fits within a wider context of research showing that, in US society, the most important factor that determines one’s socio-economic outcome is the wealth of one’s parents. In 2014, the Atlantic magazine reported on a Harvard University study into social mobility and concluded that “where [children are] born on the economic ladder determines where they wind up.”

Senator Bernie Sanders has consistently alluded to this phenomenon, both before and after Trump’s election victory in 2016. He said:

There is far too little discussion [in Washington] about the collapse of the middle class… Almost no discussion at all about the incredible income and wealth inequality in this country and the fact that we’re moving towards an oligarchic form of society.

Clearly, both the revelations surrounding Trump specifically and US society generally highlight the rottenness of the current unfettered free-market system. Only through the election of progressive politicians like Bernie Sanders is there a hope of breaking the status quo and ushering in a new era of greater equality and social mobility in which everyone has the opportunity to thrive, irrespective of family background.