Jeff Bezos is no hero. As Amazon gives with one hand, it takes with the other. - The Canary 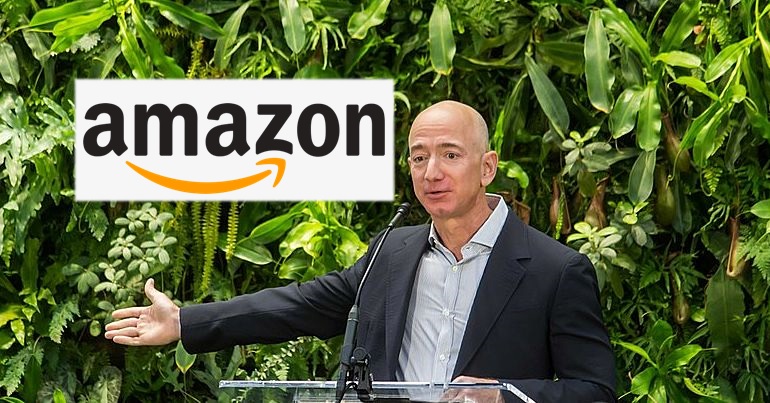 On 2 October, there were reports of Amazon workers in Britain and the US celebrating after securing hourly wage rises to £10.50 (in London) and $15 respectively. But it turns out this may not be the big victory some are claiming it to be.

Watch this victorious moment when Amazon workers find out their wages are rising to $15/hr.

This is the power of organizing and amplifying from the bottom-up.⤴️

Thank you @BernieSanders for leading on this fight.

Next: A living wage for ALL Americans.pic.twitter.com/YfLEh9J8lA

So after a long campaign for fairer pay, did workers really just force Amazon CEO Jezz Bezos to put his hands into his multi-billionaire pockets?

Well, that’s what Bezos is claiming:

We listened to our critics, thought hard about what we wanted to do, and decided we want to lead.

This is typical corporate discourse, of course. Because Amazon didn’t lead; its workers demanded higher wages and Amazon eventually followed.

Left-wing politicians like Bernie Sanders, Alexandria Ocasio-Cortez and Jeremy Corbyn have called the workers’ campaign a success – encouraging other companies to boost their minimum wages too. And in Britain, this comes just as workers from JD Wetherspoon, McDonald’s, and TGI Fridays prepare to go on strike. On 4 October, workers from the Bakers, Food, and Allied Workers Union (BFAWU) will co-ordinate a day of strike action to win pay of £10 per hour.

Tomorrow (Thursday) exploited, low paid workers – who big businesses like Wetherspoons and McDonald’s rely on to make their millions in profits – are striking for their rights.

Please spread the word and show your solidarity. With all our support, they can win #FFS410 pic.twitter.com/AfctwopULa

Amazon’s pay rise: Not all that it seems?

In the words of Bernie Sanders:

What happened at Amazon is a big step forward for workers across the nation.

But some Amazon workers have claimed the pay rise isn’t all that it seems. Because as Bloomberg‘s TicToc reported, “Amazon will cut stocks and bonuses for its hourly employees in order to offset their raise in hourly pay to $15 an hour”. In other words, warehouse workers will reportedly lose their bonuses and stock rewards to pay for the wage hike. And many people on Twitter are arguing that Amazon is therefore giving with one hand while taking with the other. One commentator, for example, even called it a “huge step back”, and insisted that “Bezos actually made money by doing this”.

In short, it seems this change is not the benevolent ‘leadership’ Jezz Bezos is trying to sell us.

We must therefore take Amazon’s recent pay rise with caution. Because while it shows that, together, people can change corporate policy, it also shows that corporations will continue to give as little as they can get away with; and they won’t give it up without a fight.

– Follow the Fast Food Rights campaign, and see the blog. If you work in the food industry, meanwhile, you can find out more about the BFAWU here. Also follow McStrike on Twitter and show your support for the campaign. And read about the effect of poor working conditions on people’s mental health.

– We all deserve fair pay and stable working hours. Be part of that change, and join a union.