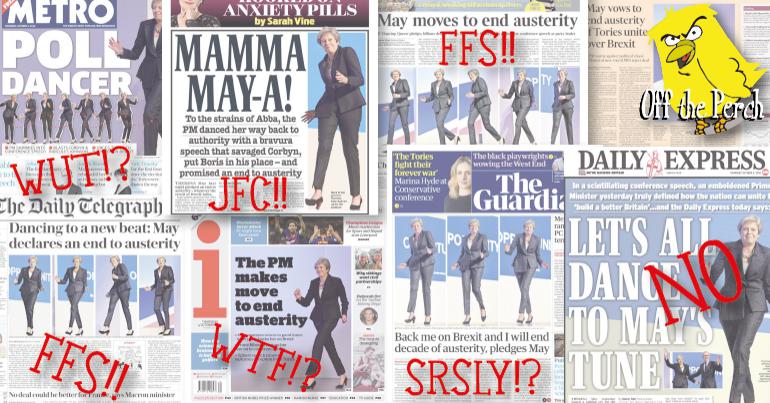 Theresa May and the government before her have previously said austerity is ending. This was reported at the time, and although the media knows the same old lie is repackaged every year, they couldn’t help but become distracted, because LOOK, SHE DID A LITTLE FUCKING DANCE!

May came out jiving to Dancing Queen by ABBA. She then proceeded to:

This left newspaper editors with a dilemma:

Except – ha ha – no. Obviously there was no dilemma, no danger of it being framed as:

No. How could that be the angle? SHE DID A LITTLE FUCKING DANCE.

In the interest of balance, we should point out that Theresa May did do a little dance. As such, and with only 16 hours to prepare, it’s understandable that editors didn’t have time to put together better front pages with CRITICAL FUCKING ANALYSIS.