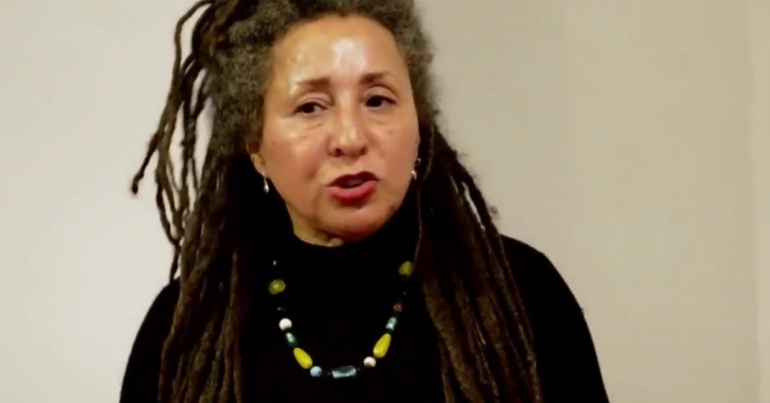 Harper’s, a left-progressive magazine based in the US, recently published an eight-page article called Among Britain’s Anti-Semites. However, instead of being about ‘Britain’s antisemites’ the article instead focuses on Jeremy Corbyn and his supporters. Harper’s interviewed Jackie Walker, a Jewish socialist, activist, and playwright, extensively for its article. And Walker, who is of Jamaican ancestry, spoke exclusively to The Canary about the piece.

Tanya Gold, the author of the article, writes that she “had never seen” antisemitism in Britain until Corbyn became Labour’s leader. Yet Gold focuses on people who are critical of Zionism and the State of Israel.

Walker told The Canary that she “spent hours with” Gold, and that:

The only reason that [I] and [Jewish Voice for Labour] allowed Tanya [Gold] who has a bad record in terms of reporting about these things… is that Harper’s assured us that there would be a right of reply. However, they have now said that basically, the right of reply will be in a letter form and not until December.

According to Walker, Gold consistently leaves out Jewish voices that would undermine her narrative.

Walker told The Canary that:

[Gold] doesn’t explain that there is any controversy between whether you think anti-Zionism is antisemitism. She just assumes that it is.

For example, Gold mentions a letter from 68 rabbis criticising Corbyn, but not the letter from 29 Orthodox rabbis in support of Corbyn’s policies:

You know, by the way, that the rabbi who organised the… Orthodox rabbis in support of Jeremy Corbyn… has since received threats against him and I think his family.

It’s a failing replicated throughout Gold’s article. As another example, Gold writes that in 2010 on:

Holocaust Memorial Day, Corbyn hosted an event at parliament called ‘The Misuse of the Holocaust for Political Purposes.’

But Gold leaves out the fact that the lead speaker at this event was Jewish Holocaust survivor and human rights activist, Hajo Meyer. Indeed police were called to escort Zionists out who were hurling abuse at Meyer whenever he spoke.

The Play is the thing

Walker produced a successful play about her life and suspension from the Labour Party. It’s called: The Lynching.

Gold says she watched the play and concluded:

Walker speaks often in her mother’s voice, leads me, consciously or not, to the insinuation that the Jews—or a similar evil—destroyed her mother. She says not. I asked her. The door to Walker’s psychology is closed to me, utterly.

was put into a psychiatric hospital and deported for unamerican activities.

And she told The Canary:

This imagining that somehow I blame Jews for what happened to my mother… is an abusive leap in her imagination.

Gold “has no basis” to interpret Walker as blaming “Jews” for ‘destroying’ Walker’s mother. In fact, Walker says that her mother’s relationship with her father, a Jewish civil rights activist, was a very positive one. A fact Walker says she made very clear both in her play and to Gold directly.

A documentary about Jackie Walker was due to be screened during the 2018 Labour Party conference. But the building was evacuated due to a bomb threat. The Guardian wrote an article about the bomb threat, but failed to mention that the organisers were supporters of Corbyn’s policies.

The Guardian who wrote it, did a Harper’s, without making it clear that this was an attack on a pro-Corbyn group of Jews. It is extraordinary what is happening now.

‘Doing a Harper’s‘ is a phrase Walker now uses to mean a wilful obfuscation of the facts. The Canary’s Kerry-Anne Mendoza covered the bomb threat, explaining in the first two sentences what the Guardian failed to do in its entire article.

It’s about oppression, plain and simple

This is about the ability of those in power, almost with impunity, to turkey shoot civilians who have no more in their hands than stones. Shooting people in the back as they run away is more than a crime. It should turn all our stomachs and yet there is less attention on that than at the Labour Party conference, when an MP called Mark Regev [Israel’s ambassador to the UK] ‘a wanker’.

It is now down to the rank and file of the Labour Party to decide whether they will stand by and allow the ‘weaponisation of antisemitism’ to continue unanswered.

– Write to your MP and let them know if you think opposing Israeli policies or Zionism is not antisemitic.