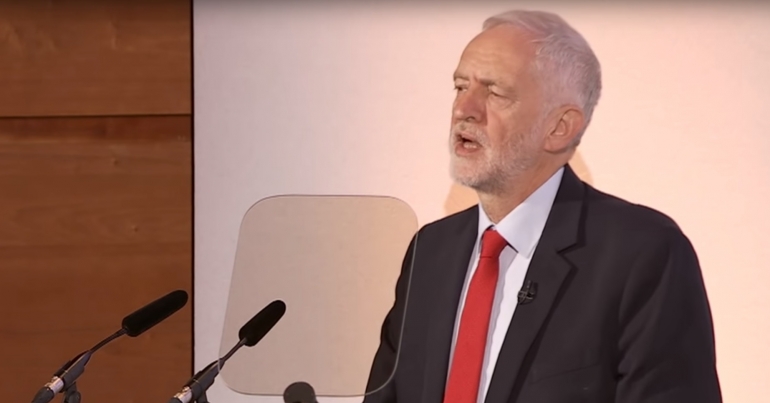 The Media Reform Coalition’s (MRC) latest report proves that the UK media landscape badly needs improvements. As The Canary recently detailed, the report shows consistent failures on the part of the establishment and corporate press to cover the ‘antisemitism row’ properly. One might think that Labour leader Jeremy Corbyn’s media reform proposals would be back in the news as a result. But, alas, that is not the case. In fact, when Corbyn’s proposals were discussed they were bizarrely smeared as an attack on the ‘free press’.

Jeremy Corbyn proposed his reforms at the Edinburgh TV Festival in August.

Corbyn was undoubtedly influenced by the MRC’s own proposals, released in March 2018: 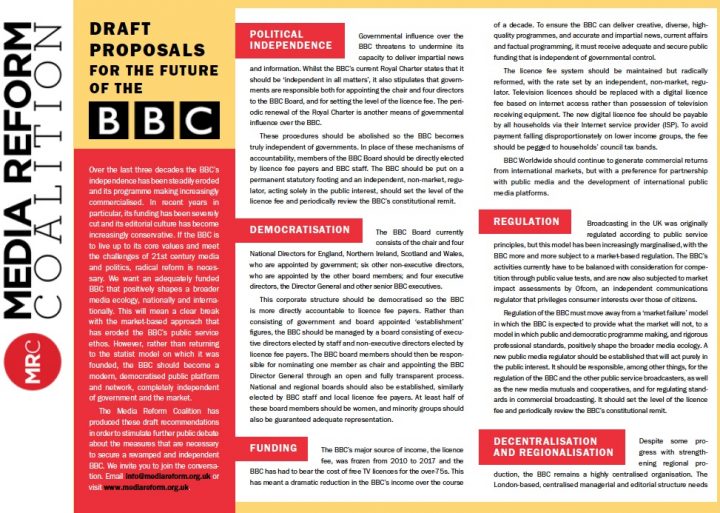 The Canary described how the MRC analysed over 250 “articles and news segments from the largest UK news providers”. As Fréa Lockley wrote:

In the summer of 2018, it found: ’95 clear-cut examples of misleading or inaccurate reporting on mainstream television and online news platforms’ in media coverage of the antisemitism crisis.

Damning evidence of ‘misleading’, ‘distorted’ and ‘inaccurate’ reporting on the Labour antisemitism row

29 examples of ‘false statements or claims’. Many of these came directly from presenters and journalists. Six came from BBC news programmes. The highest was eight – from the Guardian.

Did any of the media outlets reply with a considered response to the findings? A follow-up piece from The Canary shows that, when trusted outlets such as the BBC and the Guardian had the opportunity to ‘restore trust’, they failed.

The Canary contacted the report’s co-author Dr Justin Schlosberg and asked him “how many media outlets have contacted you thus far about this report and which ones [are they]?”

Schlosberg, a senior lecturer in journalism and media at Birkbeck, replied on 4 October 2018:

In advance of publication I emailed specific journalists/editors at the Guardian, Mirror, HuffPost and Indy and I emailed generic news desks at The Times, BBC (plus Today and 5 Live), ITV and Channel 4.

I received only one brief reply containing a query about the report from the Guardian journalist.

The Canary searched for articles on the websites of the BBC, the Telegraph, and the Daily Mail but found no mention whatsoever of the MRC’s report. The Guardian did publish a critical letter from notable academics citing the report. But the Guardian did no reporting itself that could be found.

There’s a summary of the report on the MRC’s website, the full report is only 18 pages long, and the executive summary is only five pages long.

A relatively small outlet with limited resources like The Canary put out two pieces about the report. Yet the big media couldn’t find the time.

And those were the stats before the Mirror‘s takeover of the Express and the Star. Corbyn’s proposals offer an opportunity to challenge the concentrated power maintained by the British media barons. And we must support radical, independent, and local press to have stories and perspectives that challenge the powerful, rather than echo their perspectives. If the lacklustre response to the MRC’s findings tells us anything, it’s that people in power won’t make these changes for us. So we must push for change ourselves.

– Attend The Future of the BBC: Public Media in the Age of Google and Facebook – a free event organised by the Media Reform Coalition on 16 October at 6:30 PM.

– Tell your MP if you support Corbyn’s media reform proposals.

– Support independent journalism at The Canary if you appreciate our work, and please share our articles.

Images in article via Media Reform Coalition and Media Lens