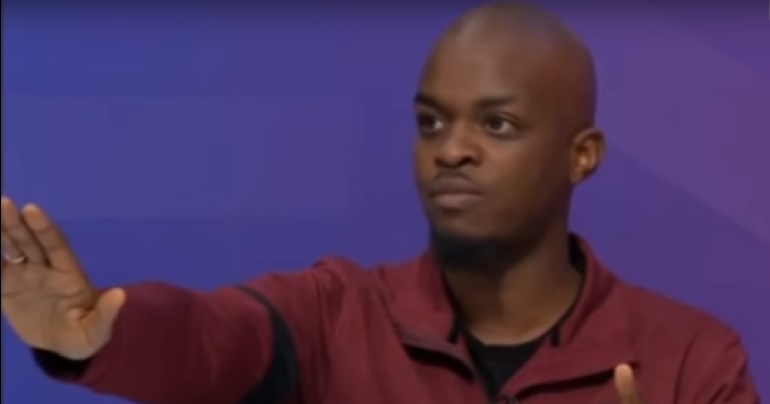 Theresa May boldly claimed that the age of austerity “is over” at this year’s Conservative Party conference. But a panellist on the BBC‘s Question Time on 4 October showed the reality behind that claim.

George the Poet slammed the idea that the government’s austerity measures are over. He also attacked the impact austerity has had on the most vulnerable people in society.

It’s a bit confusing that you’ve basically said the end to austerity would be contingent on Brexit… Also, it would be dependent on the state of the global economy, which we’re not in a position to dictate.

Now, in Theresa May’s announcement about the end of austerity, she spoke about hard work having paid off, implying that’s really down to us tightening our belts, which is an insult in itself, to be frank. Because the hardest hit by austerity have obviously been the most vulnerable in society.

He went on to speak directly to justice secretary David Gauke who also appeared on the programme:

As you would know as justice secretary, the cuts to the public purse within the sector of the prisons alone – 7,000 jobs lost. Only recently, small gains starting to be made in those areas. So when you talk to those who have really lost out in a big way from austerity, I think it’s a bit of a contradictory picture that’s being painted from your party.

You can watch George the Poet’s contributions here:

The impact of austerity

He wasn’t done there though. He also laid into the Conservatives for the impact austerity has had on the country:

It’s interesting that you made reference to 2010. Since that time, I think, homelessness alone has doubled, has more than doubled in the intervening period. Half a million people a year on food banks. So when we talk about austerity having paid off, was… any of it worth it if that was the human cost?

You can watch this moment here:

George the Poet wasn’t alone in attacking May’s claims on the programme. Labour’s shadow foreign secretary Emily Thornberry also appeared. And she had some sharp words for the prime minister.

She condemned the eight years of Conservative cuts:

We’ve now had the Tories in for eight years. We’ve had living standards crashing. We haven’t had wages going up since the longest period since the Napoleonic wars. We’ve got our services being cut. We’ve got, as you were saying, you know, extraordinary and terrible homelessness that we see on our streets all the time. We’ve got councils going bankrupt. And they say “don’t worry, just stay with us for another year, just agree to Theresa May’s Brexit, and then we’ll let go of austerity.

They’re patronising us. It doesn’t make sense. It never made sense. And it’s wrong.

In short, people are holding the prime minister to account over her claims that austerity is over. And in doing so, they’re exposing the devastating human impact this policy is causing.