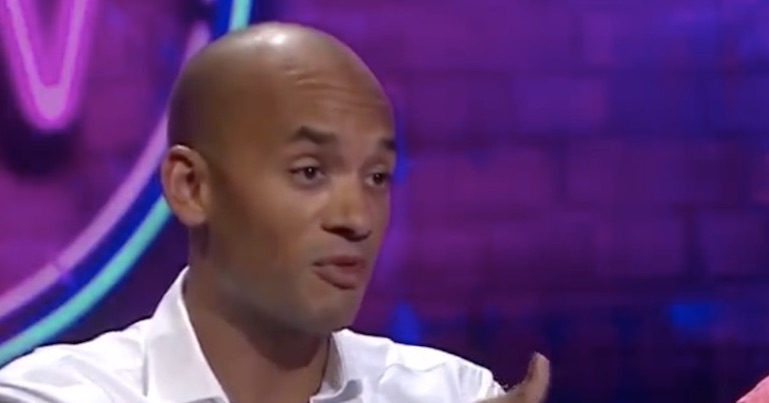 On 4 October, Labour MP Chuka Umunna appeared on BBC‘s This Week. But when asked if he preferred Theresa May or Jeremy Corbyn’s conference speech, his answer showed that he literally doesn’t seem to know if he’s Labour or Tory.

To whom are you closer: Mr Corbyn’s speech, or Mrs May’s speech?

You’d think that the answer from the Labour MP for Streatham would be easy and instant? But no. Umunna replied:

There are elements of Mrs May’s speech that large swathes of the Labour Party would agree with.

Yep. And he didn’t counter this with any reference to Corbyn’s speech. Not at all.

In fact, he went on to agree with fellow guest Michael Portillo and to discuss the two-party system in UK politics. That’s right. No mention of, let alone support for, Corbyn. Although he did find common ground with a train-loving, Conservative ex-MP:

Needless to say, many from Labour’s ‘swathes’ challenged this:

Doesn’t that just say it all? #BBCTW

No matter what you think, why on earth would you want to publicly associate yourself with that awful speech. Full of lies, hate, "we will do…" empty promises. He is a fool if he thinks it will put him on the winning side and/or help beat Corbyn.

Wow. Andrew Neil just asked Chuka Umunna on #bbctw whose speech he agreed with with most.. May's or Corbyn's. Chuka response 'well there were elements of May's I agreed with'.
Why is he in our party again?

@ChukaUmunna @UKLabour @jeremycorbyn @johnmcdonnellMP @HackneyAbbott
Chuka needs to consider crossing the floor; he would look comfortable in a @Conservatives cabinet? He is absolutely no use to Labour anymore – sadly! pic.twitter.com/cvFuXiBrMZ

Umunna didn’t stop there. When Neil suggested he’d “lost his party for a generation”, he replied:

Maybe, I don’t know… ultimately… whether or not there are new parties and all that, is a question for the leadership.

That is a strange reaction given there are 540,000 Labour members. Since Corbyn was elected as Labour leader in 2015, membership has grown from 190,000. As the Tory membership drops, Labour is still ahead in the polls.

As many on social media pointed out, discussion of a ‘lost party’ was an ‘insult’ too far:

What a ridiculous question. The Labour Party now has the biggest membership of any party in Western Europe. Talking about it like it’s a piece of lost property mislaid by its ‘rightful’ owners is an insult to the millions of suppprters who’ve flocked back to the party since 2015.

He also kept referring to Labour as a “social democratic” party. It’s not, and the fact that it’s not is very significant:

Maybe Chuka you should take a look on the back of your membership card.
Social Democrat is NOT a Democratic Socalist.
You're in the wrong party mate. pic.twitter.com/QuWzwf2w3f

@ChukaUmunna The Labour Party is a Democratic Socialist Party, not Social Democrat. Pack your bags and leave – it’s been emotional. https://t.co/KIISegXdLL

Perhaps this should come as no surprise. Umunna is, after all, the one who claimed ‘moderate’ Labour members were under attack and told Corbyn to “call off the dogs”. But not knowing which party he’s in and supporting May’s speech really is next level.

Cheers, Chuka. With Labour ‘friends’ like this, who needs enemies? And let’s not mention ‘reselection‘. For now…