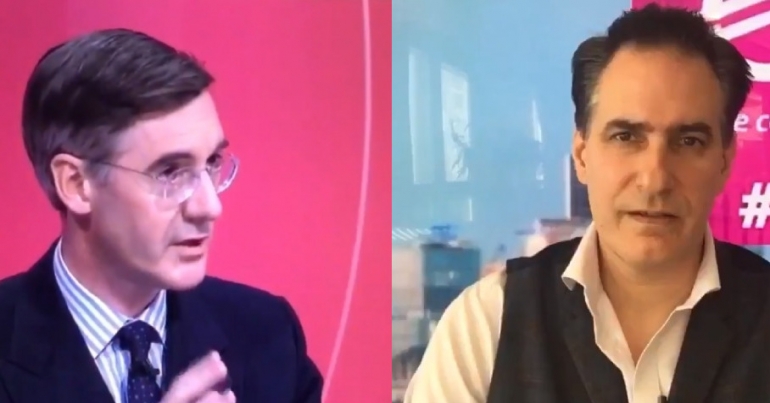 A video recently tweeted by lawyer and journalist Peter Stefanovic exposes just how dangerous simplistic narratives about Brexit can be:

It’s impossible for anyone of good conscience to sit by whilst this despicable propaganda is spewed out. For Jacob Rees-Mogg to suggest the wages of care workers are depressed because of migrant EU workers when we have a desperate shortage of 90,000 is the absolute last straw! pic.twitter.com/9fi94eqM5G

The Independent reported in August that:

England will be short of nearly 400,000 carers to look after the booming older population unless it strikes a deal to guarantee the free movement of EU staff on which the sector relies, a new analysis claims.

Using Office of National Statistics data, the think tank Global Future predicts England will have a shortfall of 380,000 workers by 2026 unless low-skilled roles can be filled with people from overseas…

This view was backed up by social media users:

The Guardian reported on 29 September that:

Some are paid as little as £5 an hour for helping Britain’s growing number of older people to live at home – assisting with eating, taking medication and getting out of bed.

Again, care workers on social media were quick to comment:

I'm a care worker, I earning LESS now at 50 than I was earning at 19/20 for picking boxes in A warehouse. I pay a pension, I might not see till I'm 68 and too UNFIT to enjoy its as I have Type 1 diabetes, osteoporosis and other ailments. Still doing an HONEST JOB,

Jacob Rees-Mogg ignores the role of job security and bargaining power in securing decent wages. This is unsurprising given that it was the Tories, in coalition with the Liberal Democrats, who weakened workers’ rights. One key example was increasing to two years from one year the time a worker must be employed before they can claim for wrongful dismissal.

As a 2014 report entitled The coalition government and employment relations pointed out:

A major Coalition theme has been to undermine the structures set up by Labour to oversee the promotion of equality and oppose discrimination. The influence of the Equality and Human Rights Commission (EHRC) has been weakened: its budget has been cut by 70% and its regional offices closed.

A trade union to the rescue

A lawyer by trade, Stefanovic told The Canary he received no support from his law firm when he came out in support of junior doctors in 2016 and publicly criticised government austerity.

Stefanovic explained that support from the Communication Workers Union (CWU) has been essential to getting his videos out:

I joined forces with CWU in February 2018 to hold the government to account where [main stream media] failed. The films we’ve produced together have been watched over 10 million times.

Without the support of CWU I would not have been able to continue making these films so I really do owe them.

Only by working together can distortions and detrimental policies like those promoted by Rees-Mogg be resisted. The CWU’s support for Stefanovic’s work shows it won’t be manipulated into ‘punching down’ and blaming foreigners for low wages and poor working conditions.

– Join the Communication Workers Union if you are eligible.

– Support The Canary if you like our work, keep us viable, and please share our article if you think it worth reading.