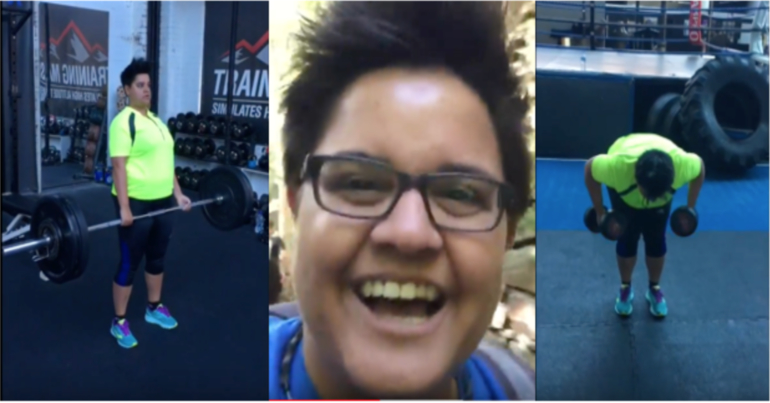 It’s coming to the end of my fifth week of superhero training, and I can see and feel my body transforming. It’s weird and amazing. I keep thinking about how little time we’ve been going but how massive the change feels. I can’t think of a better way to have spent the last five weeks.

This fortnight presented new challenges. The first was a week away in Liverpool to cover the Labour Party conference. The hotel didn’t have a gym, and there was no way to cook. I talked it through with Matt the nutritionist, and our plan was simple: take simple ready meals and snacks with me that I could prepare and eat in my room. So I loaded up on Fuel protein drinks, pasta meals you make in a mug, instant noodles, and a load of fruit. These were my staples, and I could eat/drink around them.

For exercise, I walked to everything during the day. I ended up really active as the events were split over several venues which meant walking three to six miles a day. I also did my conditioning workout in the hotel room. It really doesn’t take up a huge amount of space.

The second challenge was that literally a day after returning home from conference, we had an away weekend with The Canary team. This is a highlight of the year. But I was nervous about how much social energy I would have left after a manic week in Liverpool. I was also conscious about more drinking, and our team dinner at Pieminister. There aren’t light options on that menu! Simple tweaks made the weekend magical. I stuck with gin and slimline tonic where possible. And I took time out on the Saturday to go for a 4-mile walk which re-energised me mentally and physically. It also made way for the pie!

I’m starting to realise that when I feel mentally tired, one of the best things to do is get physically active. I just need to switch gears from mental to physical. Then I’m able to think more clearly again, and really want to be around people.

In week five, all hell broke loose professionally. Our organisation came under attack, and a bunch of journalists in Westminster attempted a pile on. The additional stress of feeling wronged cast an emotional shadow over the week. And suddenly, the programme became twice as valuable to me.

Being able to get up and unleash at the gym was an absolute joy. The need to focus on lifting the weight, or keeping going while my muscles screamed, made everything else disappear. Plus, I’m training with fighters. They know what it means to coach people into the mental and physical condition needed to enter battle. They are experts in it. So time with Mitch in strength training was priceless and totally transformed my week.

It was also time to train with Leigh again, having not trained together since week one. I think she was pleasantly surprised by the difference. Back in the first week, we only made it through a few exercises. This time, I felt like I had so much more in the tank. The best thing about Leigh is the way she cheers you on. Her energy drives me into doing just one more rep, one more movement, to just keep going for one more second than I think I can. So everything feels like a victory.

The big thing is, I am now starting to look and feel different. If I clench my fists, it goes all through my forearms, my biceps, my back, and my pecs. I am strong. For either the first time in my life, or since long enough ago I can’t even remember, I can feel my lats. They’re these muscles in your back: 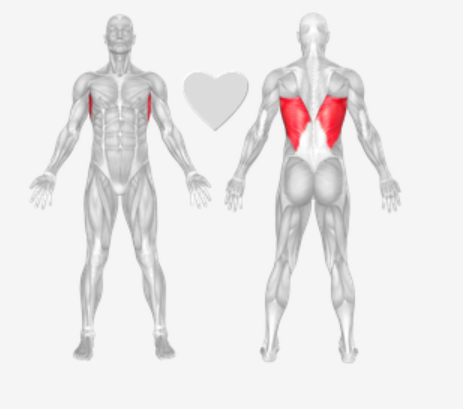 I can feel them engaging now, and it makes me feel solid. Unfuckable with. It’s really cool. My balance and mobility have improved, so I can take my socks off standing up again – in comfort, without wobbling. And Mitch’s work to change my squat form for lifting weights resting across my shoulders paid off! I can now sit into a squat like I couldn’t in week 1.

In week five, it was time for my second body composition test with Matt!

I was anxious going in. Water retention alone will mean the scales read 5-7lbs heavier for me during the run-up to my period. So although my goal was to drop weight, I knew it wouldn’t be much, because I’m not on a starvation diet to lose weight rapidly. But I knew that it was possible. I also felt weird talking to Matt about it in case he thought I might be trying to make up excuses! But one of the first things he said when we sat down was that it must be a tough week for me with the water retention. He was all clued up anyway, and water retention shows up on the test!

I lost another 1.2kg, despite the water retention. But the big news was in fat loss and muscle gain. Just five weeks in, I’ve lost almost 5% body fat. That’s what I can feel through my arms, back, chest and legs. I made a small gain in lean muscle and wiped another three years off my metabolic age. I’m happiest about the visceral fat result because I am now in the healthy zone.

In week one, I was grateful when it was a rest day. By week five, I’m grateful when it’s a training day. Because when it’s a training day, I know I have a place to energise myself for the whole day. A workout is guaranteed to release a bunch of whooshy endorphins, bringing me peace and joy. What’s not to love? Walking into Impact gym in the morning makes me smile. Everyone there is giving it their all, and is as chuffed by anyone else’s win as their own. I love it when a class is running while I do my session. There will be women and men, and often the women are lifting heavier than the men. There is normally a baby or two smiling out from their carrier as mum or dad deadlifts from a safe distance. And Tom, James, or Soeli will be grinning with joy about breaking us all. They’re the best. I might be doing this programme solo, but it feels like a team game. Onward!