The Tories want to dismantle the NHS, this tragic story shows why we can't let them - Canary 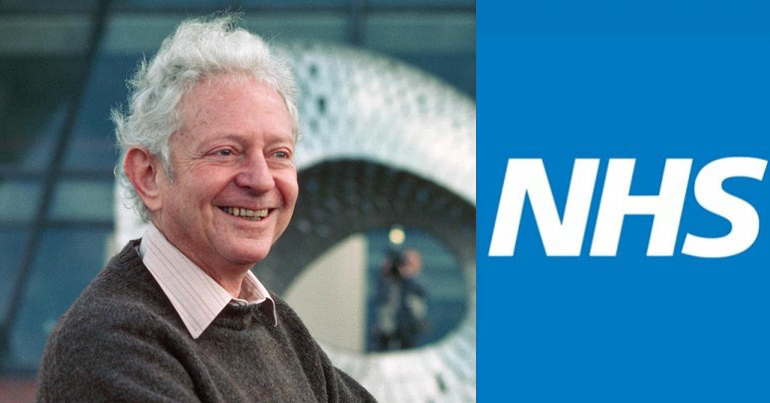 The recent death of world-renowned physicist Leon Lederman is a stark warning to those fearful of the Conservative Party’s mismanagement of the NHS. Lederman, who died on 3 October, sold his Nobel prize in order to pay for rising medical bills. In response to his death, author and doctor Rachel Clarke said the following:

World renowned American physicist Leon Lederman died this week aged 96 – after being forced to sell his Nobel Prize for $765k to help pay his medical bills.

To those who say we can’t afford the NHS, how – in the name of decency – can we afford not to? https://t.co/KDYnCXzGYv

Lederman won the Nobel prize in physics in 1988 in recognition for his work on subatomic particles. In later years, Lederman was diagnosed with dementia. He auctioned off his Nobel prize medal in 2015 in order to pay for rising medical costs. The medal sold for $765,000.

The United States is one of the few remaining industrialised nations that don’t provide universal health care. Over 12% of Americans do not have health insurance. Those with insurance can still find themselves bankrupt by high health costs. Even with coverage, Lederman would have found it difficult to pay for adequate medical treatment and care.

To some, Lederman’s story is uniquely American: a highly respected pioneer in his field forced to sell off the physical embodiment of his greatest achievement in order to afford healthcare:

So much that is great and terrible about America in one sentence. RIP. https://t.co/Ua5vqd9qAw

so sad & touching. if Leon Lederman had lived in another, more civilized country, his final years would not have been so desperate.
most amazing that anyone would wish to buy a "prize"–a plaque or icon?–not earned by themselves, & pay so much for it… https://t.co/uPWQSepPhb

It could happen here

Fortunately, we don’t share America’s healthcare system. However, thanks to years of austerity and cuts, many in social care find themselves in similar situations to Lederman:

It happens in the UK too.
Some of my nursing home residents have paid upwards of £400 for their care and had to sell their houses to find it. They don't have a choice, then when there's no more money, the council moves them miles away….

Others pointed out that so long as the Tories remain in power, the NHS is under constant threat:

this is what happens to you when you don't have our wonderful NHS. What will YOU have to sell to get treatment once the #toxicTories have sold it off??

Private insurance limits access to care. That's how it functions. The NHS delivers for everyone who needs care as often as they need it for as long as they need it. Let's hope no-one here is ever treated as badly as Leon Lederman. RIP. https://t.co/M9vEbeBiMO

It always amazes me, that the same people that boast we are the 5th richest economy in the world, also say we can't afford to fund it the NHS.
It also amazes me that these same people, are wealthy enough to afford private health care.
THE NHS IS FOR THE MANY MOT THE FEW!

Absolutely ????we all must fight tooth and nail to stop this act of vandalism against the NHS by unscrupulous politicians

It’s no secret that the NHS is in trouble. Years of underfunding by the coalition and Conservative governments and savage austerity cuts to social care spending have left the venerable institution in a state of constant crisis.

In addition, despite overwhelming opposition from the public, the Conservatives seem hell bent on privatising as much of the NHS as possible. Theresa May has refused to quell fears that US-based companies could gain access to NHS contracts as part of a post-Brexit deal with the United States.

Hands off our NHS

There are many laudable aspects of the United States, but its health care system is not one of them. The circumstances in which Lederman found himself should act as a warning to anyone who cares about the future of the NHS. We cannot allow it to be broken apart and sold to the highest bidder. Lederman was able to pay for the care he needed. The rest of us don’t have a priceless Nobel prize to fall back on.