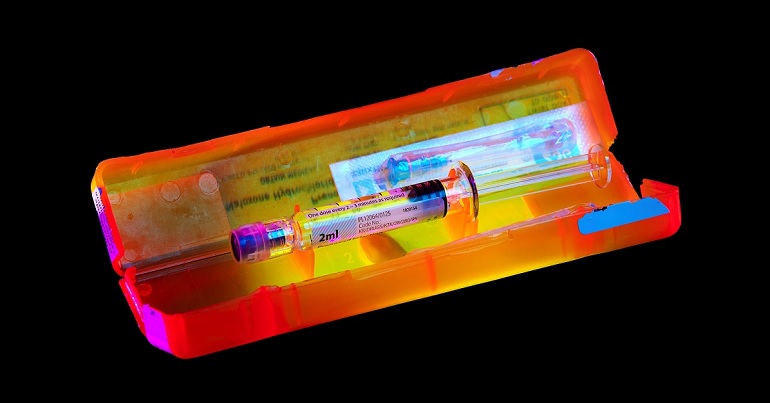 A groundbreaking project is using neuroscience to try and tackle homelessness and rough sleeping in the UK. While it may sound like far-fetched academia, it’s actually grounded in a very basic theory: that we all need to behave better towards each other.

The Museum of Homelessness (MoH) was founded in 2014 by Jess Turtle and her husband Matt. They were involved with the Simon Community, a London-based group of street homeless people and volunteers. The community had an archive of almost 7,000 homelessness-related items dating back to the 1930s. These were sitting idle in a Welsh attic. So the community and the Turtles thought that something should be done to share this material. And that’s where the idea for a museum was born.

But now the MoH has turned its attention to why people show indifference to homeless people and rough sleepers, and why we have a crisis that gets more and more out of control as time passes. Using art, storytelling, and science the MoH intends to revolutionise the way we view homelessness. So, The Canary caught up with Jess Turtle to discuss why changing the way people think might just begin to solve this crisis.

Objectified is a free interactive art and performance exhibition at Manchester Art Gallery. It runs from 10 to 14 October; the launch coincides with World Homeless Day. 20 objects relating to homelessness and rough sleeping are being displayed. Then, actors tell the stories of the people who own/owned the objects. It includes:

The Baccy that levels the playing field.
A plastic Bag – the unsung hero of the 70s.
The Bottle of milk I had to drink.
The Leg to try on for size.
Medical Notes that tell only half the story.
The Memorial Card for mum.
A Pen to measure the right dose.
Naloxone to bring you back from overdose.
The Scales of social justice.
More than just a set of Teeth.

Over the five days, Objectified will be running hour-long sessions. During these, actors (or “storytellers” as MoH calls them) will present the reality behind each of the objects. These come from edited interviews the owners gave to the MoH team. But it will be their words being heard, albeit spoken by someone else.

Turtle told The Canary that the pieces of art used in Objectified were chosen for a very serious reason:

People going through homelessness are so often silenced or ignored, with devastating impact. Whether it’s a single mother in cockroach ridden temporary accommodation or the frightened young person sleeping on a night bus.

Or, certain people are allowed to be heard if they are sharing the right narrative. Other stories, more uncomfortable truths, are censored. This is wrong; not least because it disempowers and dehumanises people. But also because it means that society cannot learn from people who know what the problems are. We value this above everything. Other museums have treasures like great works of art. But MoH’s treasures are its people and their stories. Each object symbolises something that can change for the better; whether that is in housing, healthcare or in how we behave towards one another on a day to day basis.

But the point of Objectified runs deeper than just an art exhibition. It intends to address the stigma that exists in society against homeless people.

The neuroscience behind homelessness

Ask yourself some honest questions. How often do you see a homeless person and immediately look the other way? Or when there’s an emergency appeal on TV (like the current one for Indonesia) is your first reaction ‘Oh dear. Those poor people’? If there’s a story of a refugee being attacked to you think ‘Typical’ and nothing else? Do scenes of terrified children in a war zone not really make you that angry anymore?

If so, this is what the MoH is challenging. It’s not saying people have these thoughts because they are bad. It aims to make people understand why our brains react like this. As Turtle told The Canary:

The neuroscience we are exploring as part of ‘Objectified’ tells us that the part of the brain we need for effective social relationships (the medial pre-frontal cortex) is not activated when people encounter a homeless person. The scientist we are working with Dr Lasana Harris calls this dehumanised perception. The person is seen as an object.

The neuroscience also tells us that charity messaging using stereotypical images of people compounds the dehumanisation. Or at best it makes the brain have a ‘pity’ response. Pity is not good enough. It will not lead to an equal society.

Hierarchical structures in society and capitalism can take the blame for a lot of dehumanisation. We are trained as a species to believe we live in a constant ‘race-to-the-top’. ‘You have to get that better job’. ‘Make sure you buy the best products – your friend will be jealous’. ‘Get that oh-so bigger house in a better area’. ‘Buy a faster car than your neighbour has’. ‘Only the best fashion will do – not like other people wear’. ‘And make sure you augment this whole existence via photoshopping it all on the best smartphone’.

But in reality, it is actually a ‘race-to-the-bottom’. Because most of this is unreachable for the majority. Therefore we automatically switch off from those less fortunate than ourselves. As acknowledging that the dream we’ve been sold is actually a nightmare is too painful to admit.

As Turtle told The Canary:

We live in a complicated, fragmented world and dehumanised perception is in full throttle. We want to get to a place where people are no longer dehumanised; where every individual is seen clearly as the valuable and whole person that they really are. Our focus should be on the factors that cause inequality. We should not pile blame on the people at the sharp end of it. We hope that our work on ‘Objectified’ will combat dehumanised perception. It aims to help us all work towards a society with decent relationships between people on both a day to day and policy level.

So, in Objectified the audience will be invited to explore how we relate to each other. They’ll be asked to fill out a questionnaire created by Harris, who is a social neuroscientist. They will then experience storytelling with the objects donated to the museum as the focus. After this, through discussion and further response capturing, Harris will analyse if, and why, anything has changed.

The idea is that by seeing real objects and hearing a person’s real story, the audience will end up thinking about homeless people differently.

It’s this radical yet urgent approach to homelessness which makes the MoH work so special. From art exhibition to their recent ‘Catalyst‘ development programme for former and currently homeless people, the group is pushing boundaries. Turtle explained:

The thing that has made MoH work over the last 3 years is undoubtedly its people. We are a small group but we are getting bigger by the week. We have people in Manchester, Liverpool and Newcastle now. But we get a lot done and that’s because everyone in MoH cares deeply about inequality. Having experience of homelessness at the heart of the museum has made it special. It’s also meant it does what is needed for people first and foremost.

We are not a normal museum. We’re as likely to be found helping out in an emergency shelter as we are putting on a show in a gallery. I think the value of this is seen by some of the larger institutions. Because MoH can share what is happening to people right now in order to help change things; often reaching people they might not be able to.

Objectified looks set to be another groundbreaking MoH project. But moreover, it’s also asking some very basic questions of human society. Is the way we view each other one of the causes of so much suffering and misery? Possibly. And if Objectified manages to neurologically change people’s minds in an hour, then the possibilities are endless.

– Find out more about Objectified, book your place for free, and support the MoH.