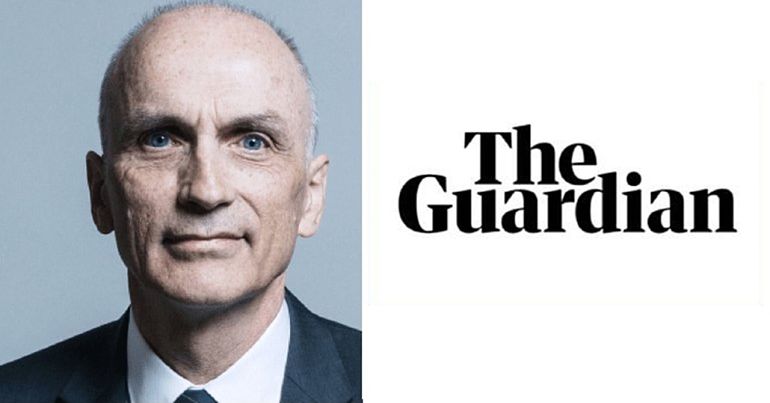 Labour MP Chris Williamson has taken the Guardian apart for pretending to be left-wing.

In a column for the Morning Star, Williamson pointed out that the mainstream media is so pro-establishment that the Guardian can appear progressive:

The narrowing of acceptable opinions in the mainstream media has enabled the Guardian to retain a left-wing veneer that it no longer deserves.

Indeed, a quick glance at media ownership shows how rich, vested interests monitor the information that millions of Britons see:

Compared with the billionaire media, outlets like the Guardian can appear progressive. But Williamson pointed to a recent academic study to illustrate why that’s not the case:

By way of example, a report by the Media Reform Coalition last month found that the Guardian, along with the BBC, topped the charts for inaccuracies in the reporting of Labour and anti-semitism.

The liberal-leaning paper and the public broadcaster narrowly beat the Sun.

The Media Reform Coalition restricted its analysis to summer 2018. Nearly half of the Guardian‘s reports “featured no quoted sources defending the party or leadership”. Along with source imbalance, the Guardian published eight “false statements or claims” and five “misleading or inaccurate” stories. The report’s authors concluded that the BBC, the Guardian and the rest of the mainstream media had established a “disinformation paradigm” over the issue.

Speaking to The Canary, the Guardian claimed that it featured “a wide range of voices in this debate – including Jeremy Corbyn himself”.

Williamson said that he was once a “loyal” Guardian reader:

I remember having my leg pulled by my workmates on the building sites, where I was employed as a young bricklayer, for reading what they saw as an alien broadsheet.

Personally, I haven’t boycotted the Guardian, but I’ve stopped reading it as much as I used to…

On the doorstep in Derby North, I used to recommend the Guardian to enthusiastic supporters — not any more.

A Guardian News and Media spokesperson told the Canary that:

Jeremy Corbyn has written for us more than ten times since becoming leader and we continue to feature a range of voices on the left including Chris Williamson MP, who last wrote for us in 2017

But the coverage seems to be getting worse. The Guardian, in its Sunday outlet the Observer, has now given Theresa May a no-questions-asked platform to appeal to Labour voters.

The outlet may remain a great resource with some fantastic commentators. But as Williamson suggests, its corporate editorial line appears firmly rooted in protecting the establishment.

– There are also many other new media organisations working to deliver news, analysis, and opinion in a more independent and ethical way. Please support them too: