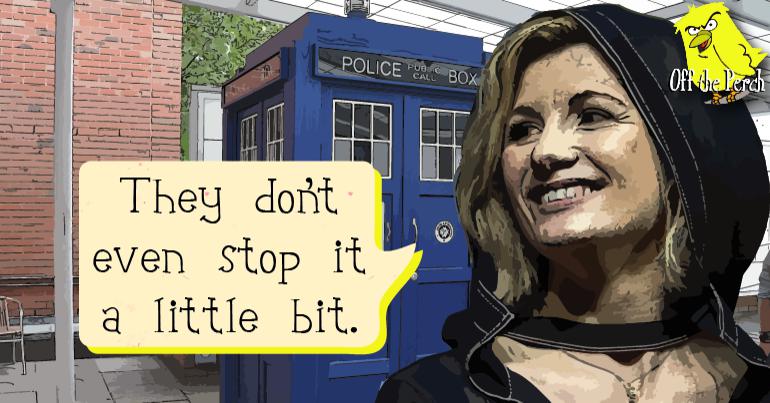 When the Tories announced they were going to end austerity, the media said:

When they said they were going to end it again (and again), the media said:

To which the Tories replied:

As a result, proving that austerity isn’t ending has been left to an unlikely hero – the Doctor.

The Doctor returned from the future with news that the Tories don’t end austerity. In fact, they actually end up implementing something called ‘super-austerity’ and powering the country with human beings on treadmills.

The journalists at the Doctor’s press briefing asked questions like:

But what about May and Johnson? Who gets off the best quip at next year’s Conference?

These treadmills – do they have soft handgrips for the comfort of those using them?

Super austerity, eh? Sounds pretty super to me – am I right?

The undying Time Lord warned that our mortal journalists were focusing on the trivialities rather than the broader picture. The response was:

DOES MAY DO ANOTHER LITTLE DANCE? OMG I LOVE IT.

The message from the past and present is that the Tories will not end austerity. The media must maintain balance, though. That means giving as much weight to the lying government as to the millions of people who are affected by the lie.