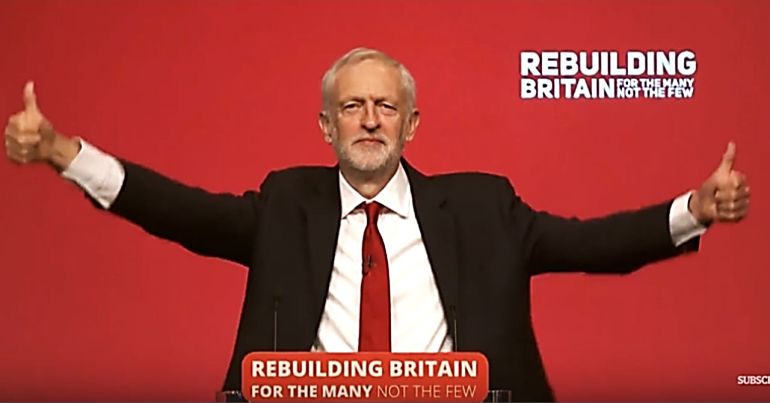 A court case which Labour supported has led to one campaign group saying it could win the party the next election. But is it really that cut-and-dried?

As was widely reported, on Friday 5 October the High Court allowed five cases against the government to go to judicial review. They were all about the government’s plans for a third runway at Heathrow Airport. In June, it won a vote to go ahead with the expansion. Labour gave its MPs a free vote, meaning 119 of them voted with the government. But since then, Conservative Lord Deben and crossbench peer Baroness Brown have written to transport secretary Chris Grayling. They pointed out that Grayling’s policy statement on Heathrow failed to mention the government’s climate change commitments and how a third runway would impact them.

As City AM reported:

The decision [the vote in parliament] proved to be divisive across all parties and prompted five legal challenges: from the London mayor Sadiq Khan, who is joining the action from five local councils and Greenpeace; Heathrow rival Heathrow Hub; Friends of the Earth; Plan B and Heathrow opponent Neil Spurrier.

The hearing is due to be heard over two weeks in March 2019 in front of two judges.

If we don’t win in the courts, I tell you this: Heathrow and the third runway campaign will be the iconic battleground – not just in London, not just in this country, but across Europe and the globe against climate change.

Climate change cannot, and will not, be tackled by relying on the actions of individuals or markets, however well intentioned. In the past, the role of government has been limited to adjusting price signals, with the hope that this will change the behaviour of consumers and business. It’s now clear that this isn’t working.

Climate change is an existential risk, and it needs radical and structural change to deal with it.

Labour’s seemingly radical approach to climate change has impressed one of the Heathrow challengers: legal charity Plan B.

Labour “will win the next election”

The heart of the political left (and in particular the anti-colonialist, internationalist left) is the politics of justice and equality.

The climate crisis is now so urgent and so serious, jeopardising the future of all the young people of this country, and wreaking havoc on the poor and the vulnerable around the world, that any movement of the left that fails to confront it head-on betrays its most fundamental principles.

There are signs the Labour leadership now recognises this. Its recently published ‘Green Transformation’ policy promises to tackle the crisis without ‘political compromise’.

But Labour MPs were allowed to vote for Heathrow (and did so in numbers). That was hopeless political compromise. Changing the base of the economy is not going to be pain-free and Labour needs to be honest about that…

But there is also a huge opportunity. The transformation will create vast demand for skilled labour… it will clean our air, reclaim our streets and help to rebuild communities. It offers a vision of hope for the many and not just the few.

If the Labour leadership makes a bold response to the climate crisis central to its vision, it will win the next election and, more important still, help to safeguard the future of our brilliant young people.

But the Green Party leadership is making moves. Its co-leader Sian Berry directly called out Labour in her party conference speech. She said:

To Labour – thanks for listening. Where Greens lead others follow. We’re the first to congratulate you on your journey…

But Labour’s leaders still have a lot to learn from the Green Party. They still have to drop that old 20th century notion that says ‘growth is good’.

Greens put real prosperity at the heart of our policies. A real transition to a healthy economy that stays within the environment’s limits because what else can it do?

Greens want an end to airport expansion. Not at City Airport, not at Heathrow, not at Gatwick or Bristol, Labour have failed on this.

Greens only support clean energy, but Labour won’t give up on fossil fuels or nuclear.

So is Labour really waking up to the reality of climate change? It will be interesting to see its response to the Intergovernmental Panel on Climate Change’s (IPCC) damning report. As the IPCC warned, we could cross the threshold into climate catastrophe as soon as 2030. And it noted that governments would need to spend trillions of dollars to stop this. Labour’s policy already matches one of the IPCC’s targets: to reach zero net emissions by 2050. But while Labour’s bold new stance on climate change is good, time will tell whether it’s good enough, or not.

– Support Plan B on Twitter and donate to its crowdfunder to sue the government over climate change.