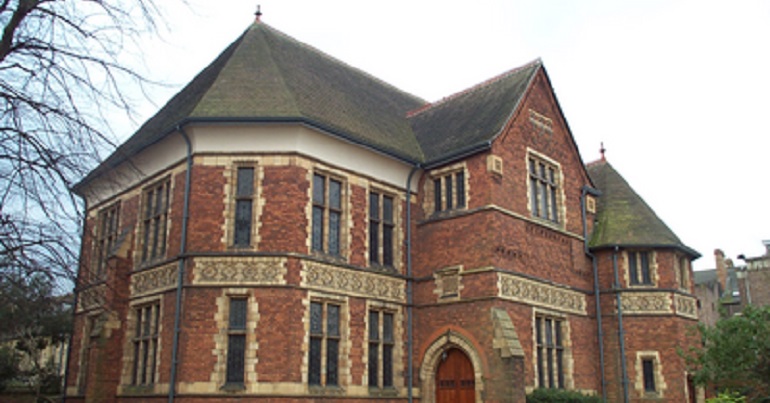 People are condemning plans by an elite debating club – the Oxford Union – to host a far right leader.

Alice Weidel will address an event by the club. She leads the AfD which is widely considered a far-right party.

It is very concerning to hear that the Oxford Union has gone out of its way to court a far-right politician in this way. The AfD marched alongside Pegida, an extreme-right group, during protests in the German city of Chemnitz last month, which featured protestors making Nazi salutes and openly threatening migrants.

She was joined in condemning the event by Oxford Stand Up to Racism activist Ian McKendrick. He echoed her sentiment, saying:

The AfD has a significant number of neo-nazi members and MPs. It has built up its following by stoking up racism against migrants, Muslims and refugees, and this enabled racists to go on a rampage last month against foreigners in Chemnitz.

The Oxford Union must not give a platform to far-right extremists. The last thing Europe needs is a new Nazi party blaming liberals and foreigners.

Local campaigners have planned a protest against the event. The organisers claim the AfD is a far-right party. They also allege the AfD harbours antisemites, has been “railing against Muslims”, and is “populated with Nazis”.

The Oxford Union’s description of Weidel in its event listing reads:

There’s no doubt that her party are “outspoken” on these issues.

Germany’s state prosecutor investigated social media posts she made referring to “marauding, groping, rioting, knife-stabbing migrant mobs” in January. Prominent figures in the AfD have previously argued for the shooting of migrants crossing the German border. The party also stood on a platform of introducing a “zero immigration” policy.

And the AfD’s positions on Islam are no less extreme. It called for state vetting of Muslim imams, as well as for a ban on the Islamic call to prayer. Its 2016 manifesto also featured a section on why “Islam does not belong to Germany”.

The party has a track record of homophobia, too. A leading AfD figure was accused of suggesting that gay people should be jailed in 2016. The party also tried to block gay marriage in Germany through a legal challenge.

This isn’t the first time people have criticised the Oxford Union. In fact, it has a track record of hosting far-right speakers. It’s also been accused of courting “controversy for controversy’s sake”.

In 2015, protesters rallied outside the Union. This was in response to an event with Marine Le Pen. Le Pen is the leader of the French far-right National Front. Similar protests were held against a speech given by Tommy Robinson. And, in 2007, holocaust denier David Irving and BNP leader Nick Griffin spoke at the Union. They were disrupted by students who broke through the security barrier to stage a sit-in protest.

Every time a far-right figure speaks at the Oxford Union, they’re met with a public outcry. Many people don’t want the far right spreading hate in their city. It seems the Union is yet to realise that.

– Join the protest against Alice Weidel’s talk at the Oxford Union.