Owen Jones leaves a Telegraph editor with so little credibility, the guy deletes his Twitter account - The Canary 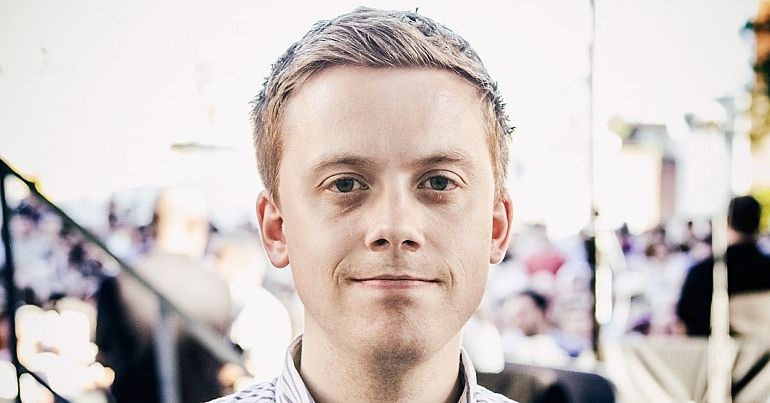 Owen Jones has outed the links between the Telegraph’s defence editor and both MI6 and Middle East dictatorships. After the revelations Con Coughlin had so little credibility left, he deleted his Twitter account.

Jones began a Twitter thread about Coughlin after he attended a Saudi embassy party at the Natural History Museum in London on 11 October.

Recently, Coughlin pushed the Saudi-government line that journalist Jamal Khashoggi, who Saudi Arabia is accused of murdering, is aligned with the Muslim Brotherhood (that Saudi Arabia designates as a terrorist organisation).

Stories published by Con Coughlin include a front page splash: 'TERRORIST BEHIND SEPTEMBER 11 STRIKE WAS TRAINED BY SADDAM'. It was based on a forged letter which had been fed to him. https://t.co/31rSY7XUJk

And he says Coughlin delivered key propaganda supporting the 2003 Iraq war. This included the Telegraph front page “TERRORIST BEHIND SEPTEMBER 11 STRIKE WAS TRAINED BY SADDAM”, which turned out to be a fabrication.

As Newsweek notes, Coughlin's "story was apparently written with a political purpose: to bolster Bush administration claims of a connection between Al Qaeda and Saddam's regime." No kidding.

According to Suskind, Coughlin was "a journalist whom the Bush administration thinks very highly of" and was "a favourite of neoconservatives in the U.S. government." Suskind says Coughlin got the letter from the former CIA and MI6 agent, former Iraqi exile Ayad Allawi.

This morning, Coughlin posts a hatchet job on Saudi journalist Jamal Khashoggi, suspected to be murdered by the Saudi regime. https://t.co/ZdTfNodRFt

And here's another article in the Spectator he approvingly posts. https://t.co/gYT5ZZ5kDM

As well as Coughlin’s links to MI6, Jones claims the Telegraph defence editor and his wife have dubious connections to the repressive Middle East regimes Saudi Arabia, the UAE, and Bahrain.

The Guardian columnist began by suggesting Coughlin’s wife may still be working for Bahrain’s autocracy:

A thread. The Telegraph's Defence Editor churns out Saudi propaganda after going to a Saudi party.

He is married to Katherine Bergen who worked for Meade Hall & Associates, paid lobbyists for Bahrain's dictatorship, which was propped up by a 2011 Saudi invasion. https://t.co/UIjvHylFjj

Bergen has emailed journalists from a Bahrain Embassy email address. She is still either directly or indirectly working for Bahrain's repressive regime. (One senior journalist says they think directly).

Jones noted the lack of respect the Bahraini regime has for basic human rights. He pointed out this doesn’t seem to bother leading Conservatives:

Bergen's shadowy PR firm, abruptly apparently dissolved in April this year, was founded by Patrick Meade, the 8th Earl of Clanwilliam, a former Conservative councillor. In 2014 he sponsored a £1,000 per head table at a Conservative fundraising dinner.

Con Coughlin himself has a history of churning out pro-Bahrain propaganda. In a now deleted Telegraph blog headlined 'Why is Britain harbouring Bahrain's dissidents?' (referred to in the book 'Oil States in the New Middle East') he fawns over Bahrain's ruling dictator. pic.twitter.com/dbS77zpSLB

Bahrain's "seminar" took place in Parliament and was sponsored by Lord Inge, head of the British Army between 1992 and 1994, who Coughlin's own newspaper revealed was a paid adviser to the King of Bahrain when he was brutally suppressing protesters. https://t.co/pzacQMN4XA

Jones then moved on to Coughlin’s coverage of Saudi Arabia. He called the reporting “Pravda-esque”, in reference to the propaganda organ of the Soviet Union:

Here is a fawning interview Coughlin conducted with Saudi dictator Mohammed bin Salman Al Saud in March, who he describes as a "human dynamo". He concludes: "With this young royal at the helm, Saudi Arabia’s future prospects clearly know no bounds." ? https://t.co/jJeEdfdHh7

As well as The Telegraph, Con Coughlin writes for @TheNationalUAE, which is owned by UAE's deputy prime minister, a member of UAE's ruling family, who are key Saudi allies. Almost all his articles present Iran – Saudi Arabia's key foe – as a mortal threat https://t.co/754IoDmc0k

Yet Jones says we have outright propagandists for these regimes writing columns in our mainstream media. Propagandists who seem to be perfectly okay with publishing stories from MI6, which has a history of trying to manipulate the news. The Telegraph loses credibility every day it continues to employ people like Coughlin.