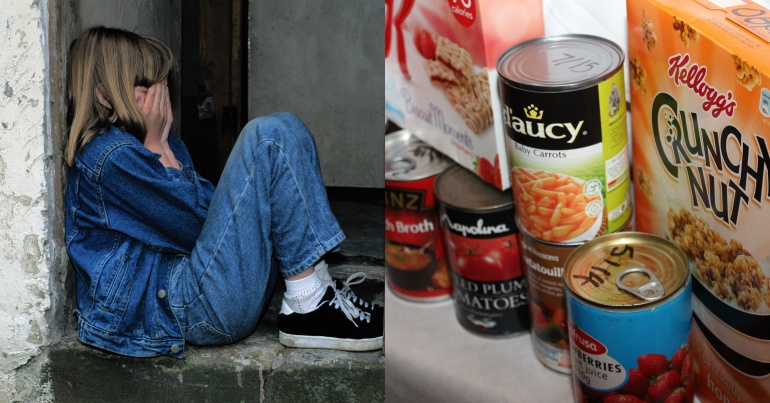 A Middlesbrough school has opened a food bank to feed pupils. It fears many will go hungry when Universal Credit rolls out in the area. There are growing concerns that more and more people will need to turn to food banks under the Conservatives’ controversial policy.

Teesside Live reported that Outwood Academy in Ormesby will open a pop-up food bank in the school for six weeks. It will do this “to ease the transition”.

We know that Universal Credit will affect our families in our community and the six-week wait especially will mean lots of our families will suffer in that time with a lack of resources.

And as the school principal, Angela Sweeten, explained:

Our concern was we will have families with no provision for potentially six weeks. This is about our community.

People on social media expressed shock about the news and the role played by this Conservative government:

School opens its own foodbank over Universal Credit hunger fears
"We don't want hungry children", said the school's principle. Is this really the country we want? https://t.co/ESzr99M5OG

More schools might need to open food banks. Because new research by the Trussell Trust established that “issues with benefits” are the biggest reason for food-bank referrals. It’s already seen a 13% rise in food-bank use between April 2017 and March 2018. But its latest research found a direct link to the controversial benefit:

When Universal Credit goes live in an area, there is a demonstrable increase in demand in local Trussell Trust foodbanks. On average, 12 months after rollout, foodbanks see a 52% increase in demand… This increase cannot be attributed to randomness and exists even after accounting for seasonal and other variations.

As the report explains, three million more people are due to move onto Universal Credit. For many, this makes “an already bad situation worse”. Because it leads to:

It anticipates a further rise in food-bank use “but on a scale not yet seen”.

Find out why our CEO @emmarevie is so concerned, read our latest report now: https://t.co/Q9oFnEhVsG pic.twitter.com/K7FIN6WEGN

It’s truly shocking that a school needs to open a food bank. But what is more worrying is that this may be the first of many.

Universal Credit is a disaster. If the Conservatives won’t stop it, then we need to demand that Labour stops its flip-flop approach to insist once and for all that it will end this brutal benefit.

Featured images via Bromford/Flickr and Pixabay