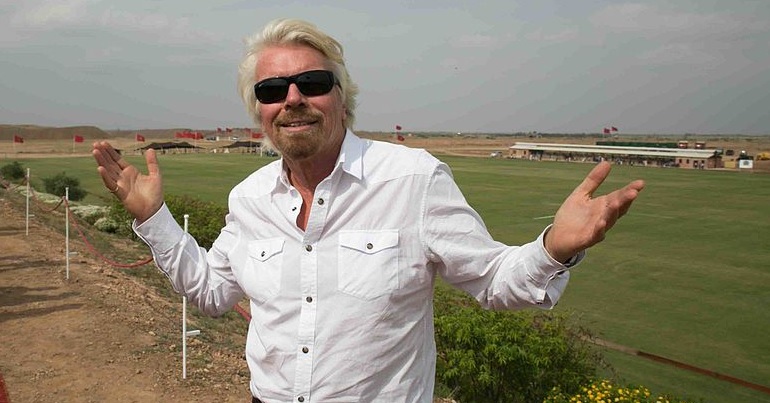 Richard Branson got £26.3m in dividends in 2017/18 from operating the West Coast mainline, according to the Times. The Labour Party says the revelation shows that the UK’s private rail system is “lining the pockets of billionaires”.

The shadow transport secretary also claims that UK rail passengers feel “mugged whenever they buy a ticket”. Too right. And now, Branson’s got over £20m richer from his part in that ‘mugging’. But that’s not the half of it.

The Virgin Rail Group – which operates the West Coast service in partnership with Stagecoach – revealed Branson’s massive payout in recently filed accounts. In total, however, the two companies received £51.2m in dividends that financial year from the train line. Defending the eye-watering figures, a Virgin Rail spokesperson said:

We achieved industry-leading levels of customer satisfaction thanks to innovations such as automatic delay repay, free films and TV on board and digital tickets

The government also tried to justify the system which allows such payouts. A Department for Transport (DfT) spokesperson claimed that privatisation has helped “transform” UK rail, and called Virgin Trains “the leading long distance operator”. The spokesperson is right. Virgin Trains is ‘leading’ in certain areas of train travel. As The Canary reported in September:

Virgin Trains East Coast had the highest number of delayed trains in 2016-17 – almost double the second worst offender – which was Virgin Trains West Coast. For the former, 3.7% of trains were late. And for the latter, it was 2%.

Luckily for passengers, Virgin Trains no longer operates the East Coast line. The government returned East Coast to the “operator of last resort”, meaning itself, in June. The line’s temporary renationalisation happened because Virgin, and its partner Stagecoach, apparently couldn’t afford to pay the £3.3bn they promised when bidding for the franchise.

Unluckily for UK taxpayers, the government struck an East Coast deal with the two companies whereby they paid most of that £3.3bn in the later years of the contract. So we lost out on £2bn because of the early termination.

This is the ‘transformation’ the UK government wants us to swallow. Already minted tycoons pocketing millions that, if we had a nationalised rail system, the government could reinvest into the service. Private companies shafting taxpayers when they walk away from overzealous commitments that turn out not to be profitable. Not to mention crappy services at extortionate prices.

As Labour says, these private companies are ‘mugging’ us off at the behest of the Conservative government. Shame on us if we continue to tolerate it.

– Take action with Bring Back British Rail to renationalise our railways.